Jackie Chan teams up with Bollywood for ‘Kung Fu Yoga’ 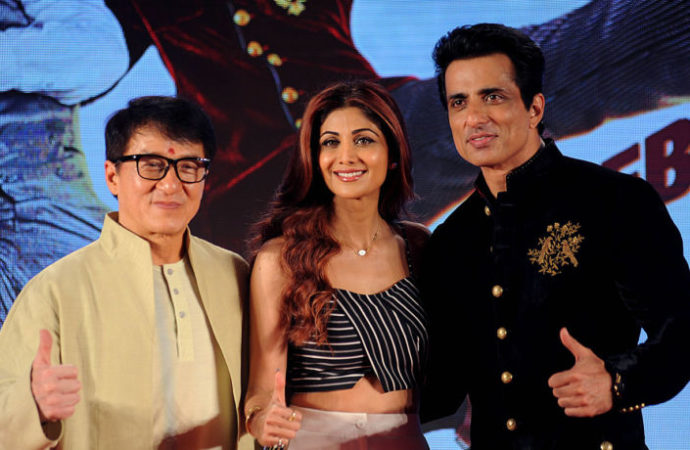 What do you get when Hong Kong martial arts expert Jackie Chan collaborates with a host of Indian film actors? An action-adventure movie titled “Kung Fu Yoga” of course.

“Kung Fu Yoga”, which is released in China this weekend and in India on February 3, centres on two professors who embark on an epic journey to find lost treasure.

Chan plays Chinese archaeologist Jack, who pairs up with Indian professor Ashmita, played by Amyra Dastur, for their elaborate adventure in the Chinese and Indian co-produced film.

Their search takes them to Dubai, India, and Tibet where they are ambushed by Sood’s character, the descendant of a rebel army leader, according to movie website imdb.com.

They manage to escape, though, presumably using a combination of short, sharp kicks and slaps mixed with some planks and perhaps a downward-facing dog.

Chan, 62, told reporters during his visit to the home of Hindi cinema that he dreams of making a very different type of movie — a Bollywood romance.

“It’s one of my dreams, I want to do it. Ask some Bollywood director to hire me. No more action for me, I want to do dance and do a love story,” the Press Trust of India quoted him as saying Monday.

Jackie Chan teams up with Bollywood for ‘Kung Fu Yoga’ was last modified: January 24th, 2017 by Arinze Ago