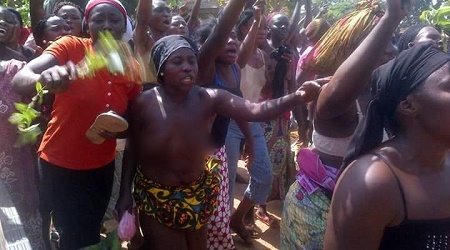 The Kaduna police command has confirmed seven persons killed in a fresh round of violence between Kadara and Hausa youths at Kasuwan Magani town in Kajuru local government of Kaduna State.
The police public relations officer, ASP Mukhtar Hussain Aliyu, who confirmed the breakdown of law and order, said after receiving a distress call in the morning, the commissioner of police quickly dispatched a team led by the Assistant Commissioner of Police (Operations) to the area.
He said the unit has been joined by men of Operation Yaki and the mobile police force unit and they have succeeded in bringing the situation under control.
“That is all I can for now, further details would be communicated to you,” he said.
The crisis was said to have started yesterday morning over allegations that a lady was about to be converted to a different faith and the youths from both sides clashed which resulted in a fight and in the process one of the youths was stabbed.
A resident of Kajuru, Malam Bako, who spoke with our correspondent, said more than 10 people may have been killed.
He said, “My friend lost two of his brothers while his house was burnt and as I am talking to you they are bringing more corpses to Kajuru,” he said.
Another source who does not want to be named due to his political exposure confirmed that the casualties were high. He said many houses have been burnt including the two biggest hotels in Kasuwan Magani town.
Kaduna State Governor Nasir Ahmad El-Rufai directed the prosecution of all persons responsible for the mayhem.
The government said security agencies must investigate the incident, arrest and make the perpetrators available for prosecution.
Samuel Aruwan, Governor El-Rufai’s spokesperson, disclosed this in a statement issued in Kaduna, shortly after receiving preliminary report of the mayhem.
Aruwan explained that the government condemns the violence, and regrets the wanton loss of lives. He further disclosed that the government has expressed its sympathy to the victims and their families.
He said the government has directed the State Emergency Management Agency to take inventory of damages and provide relief materials with immediate effect.
Last year, there was a similar incident at Kajuru town with fighting going on for two days.

How To Treat ANEMIA With The Right Food!

Herdsmen: There Are 1 Million Cows In Benue Despite Military Presence – Gov Ortom