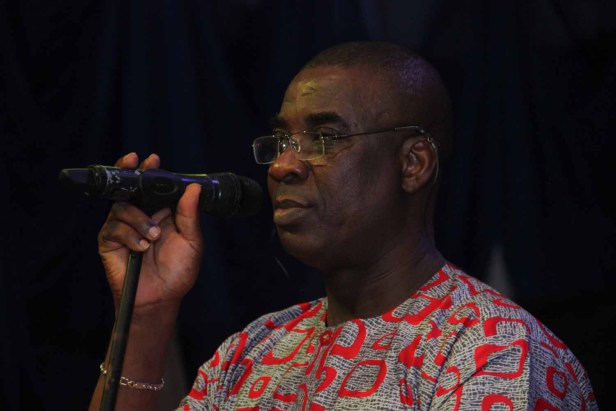 Ace Fuji King, K1 De Ultimate is dropping a pop EP and it will be his first ever pop EP titled ‘Fuji: The Sound’.
In an exclusive chat with LIB, K1 said,
‘The idea is about the placement of our music particularly my genre of music, Fuji. The truth is Fuji music has grown beyond our expectation and it’s now the future of what music is all about and if you look at majority of the young pop artistes are churning out these days, you’ll see that majority of it is influenced by the Fuji sound. So the focus is to keep placing Fuji in the fore front and it’s rightful place and on the word map’.

When asked about the new EP and what to expect, Kwam1 said:

‘There’ll be 5 songs on it and believe me it’s a fantastic body of work that people will love to listen to. The truth is this sound is our own and we have to own it, define it, control it and take it to the world because Fuji is no more an indigenous sound, it’s a global movement