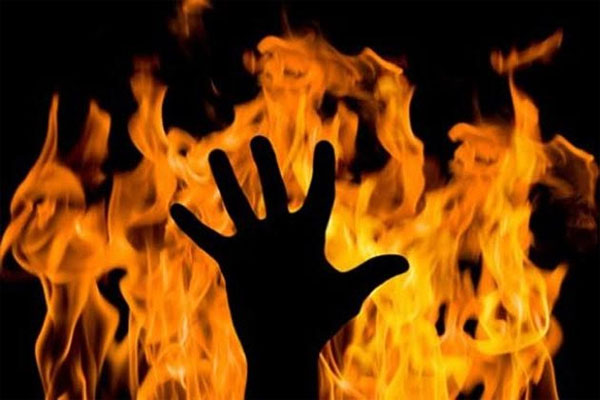 The Enugu State Police Command has confirmed the death of a pregnant woman and her son after a kerosene explosion in Ngenevu axis of Coal Camp within Enugu metropolis.

The command’s spokesman, Mr Ebere Amaraizu, disclosed this in a statement issued to the News Agency of Nigeria (NAN) on Thursday in Enugu.

Amaraizu said that the incident occurred at about 7.30 p.m. on Jan. 30, when a kerosene lantern exploded.

He said that several other family members, who sustained fire burns, have been hospitalised.

“It was gathered that on that fateful day, one Hillary Ugwuoke, also from Ngenevu axis of Coal Camp community had allegedly bought kerosene from a neighbour in the evening.

“He later poured it into his lantern and in the attempt to lit the lantern, the kerosene exploded and went into flames.

“In the process, the said Hillary Ugwuoke, his pregnant wife and his children were burnt by the inferno and sympathisers assisted in their being taken to National Orthopaedic Hospital, Enugu, for medical assistance.

“It was further gathered that at the hospital, Mrs Ugwuoke, who is said to be pregnant, was confirmed dead together with her four-year-old son.

“While others who sustained severe burns are receiving treatment,’’ he said.

Amaraizu said that investigation had begun into the incident.