Do You Know EBENEZER OBEY Was Once A Vendor? 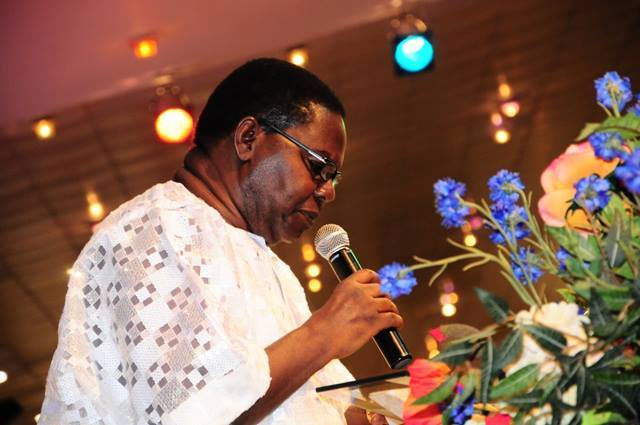 Picture a young boy carrying newspapers walking the streets of Mushin with a hand held horn shouting buy DailyTimes buy Sketch. Imagine that this young boy is the man we are all now call Commander Ebenezer Obey. You will be correct to say so because Ebenezer Obey once sold newspapers on the streets of Lagos before he made it in music. A few days back, Evangelist Ebenezer Obey celebrated his 76th birthday. Evang. He was born on 3rd of April, 1942 at Massey Street Hospital, Lagos, into the family of Chief Nathaniel Olasewo Fabiyi, an accomplished Carpenter at Idogo town who hails from Keesi quarters of Abeokuta, and late Abigail Oyindamola Fabiyi, a cloth merchant at Idogo, who hail from Lupooye family of Owu also in Abeokuta.

At birth he was named Ebenezer Remilekun Olasupo Aremu Fabiyi. He started his formal education at Methodist Primary School, Idogo and later moved to Odoye Elementary School, Mushin, Lagos to complete his primary education. Thereafter, he was enrolled at the Methodist Secondary Modern School, Asero, Abeokuta, to further his education. After the completion of his schooling at Abeokuta in 1958, he moved to Lagos in search of livelihood. His legendary musical feat started at Idogo.

As a young boy, he would compose short songs while on errands or while engaged in domestic activities. He was very much involved with the local social and musical groups at Idogo which included the Boys and Girls Club, Ifelodun Mambo Orchestra and of course the Royal Mambo Orchestra which he pioneered. At school in Idogo, Mushin and Abeokuta, he was a musical young star. Again, the name ‘Obey’ – a name blessed by God; a name that has become a global reference; a name that has become a mascot and an icon of legendary proportion – was also given to him at Idogo by his schoolmates. ‘Everything started at Idogo’. Obey himself said.

On getting to Lagos, he started a new life with odd jobs as a vendor, labourer and so on. He worked as a clerical assistant as well. On the ticket of fate, he came across two gentlemen musicians by the names of Bamgbose and Akinbomi Savage who hired him for their band. Through them, he came across Fatai Rolling Dollars. Obey and Fatai became very close.

When Fatai decided to start his own band, it was natural for Obey to be part of it. So they started Niger Rhythm Brothers, a five-member band in which Obey was the second in command (captain) and the composer. After five years of working with Fatai, Obey formed his own group, the International Brothers and this became a milestone in his journey to stardom.

It is common place with young stars all over the world to be largely involved with women, wine and weed. Obey was a different young star. He has learnt to put enough measure of moderation in everything he does right from the onset. He never broke the composure rather, he was thinking of settling down early enough. He singled out a cool-headed personality like himself whose parents raised objection on the grounds that their daughter would not marry a ‘musician’.

Obey had to let go of her but as the Lord would have it, he met another well- behaved and decent young lady by the name of Juliana Olaide right in his ‘face me I face you’ house at Amu Street, Mushin. The relationship grew deeper and they tied it up in holy matrimony in 1963. The union is blessed with children, grandchildren and a great grandchild today.

As a determined young man, Obey approached Decca West Africa Ltd., a Record Company to solicit for a recording contract and this was initially not yielding any favourable response. But with an unprecedented favour from the then MD of Decca, Mr. C. K. Cress, Obey was able to secure a recording contract which came out with single hits such as “Ewawoohunoju Mi Ri”, “Oloomi”, “Palongo” and so on. These brought him to limelight and his records travelled all over the country and beyond. Everyone knew that a new musician was in town.

Obey became very successful, he sold more records than anyone before him and perhaps made more money than all. While he was waxing bigger in fame and stardom, he started sensing a divine call of God in the innermost recess of his heart. To ‘appease’ the burden of this call, he got involved in various evangelistic works, he built churches, he sponsored missionary works and much more.

With specific messages delivered to him from God by great men and women of God, coupled with his personal experiences, it became obvious that the Lord wanted him personally in His vineyard. In obedience to the call, he willfully yielded himself and was ordained into the work of ministry in 1992 by late Archbishop Benson Idahosa, during his 50th birthday celebration. We can say that God has blessed Obey in every way and he has lived a fulfilled and great life. Everything he touches turns to gold. He is a man favoured by God and men. However, he never had it all smooth.

He had rough edges, tough moments and dark days. Is it the loss of one of his lieutenants, Oke Aminu, in his prime, or the remarkable fire incidence in London and the one in Nigeria, or is it the bitter pills of false rumours, misrepresentation, betrayals and envy that Obey had to swallow again and again, or is it business downturn that greeted his investments, or is it the devastating demise of his wife of almost half a century? In all Obey recorded success as a musician, so also he became a successful Evangelist and Pastor. To the glory of God Ebenezer Obey Evangelistic Ministries became a big ministry with the church arm of the ministry, Decross Gospel Mission, growing in leaps and bounds with many branches all over, apart from great outreaches, crusades and praise meetings being conducted in and out of the country.

Chief Commander, as he is fondly called is one of the rare Nigerian musical legends whose musical beats enjoy wide international recognitions. This was attested to by his first musical tour of United Kingdom at the invitation of the Nigerian Students Union (UK), and his subsequent first ever musical concert tour to the United States of America. He thereafter represented Africa at the Mountreaux Jazz Festival in Canada where he was adjudged the best performer of the week long festival, a feat which earned him a strong commendation back home from the then Federal Military Government for projecting Nigeria’s image and culture abroad.

As a fulfilled septuagenarian, Obey is spending the rest of his life in the service of God and humanity, He is still very much involved in Evangelistic works. He is a true Africa living legend, a human dynamo, a man that has left an imprint and impression on the sand of time, a statesman, a respected clergyman, a foremost musician, a family man, a classical model, a beloved of the Lord.

Do You Know EBENEZER OBEY Was Once A Vendor? was last modified: May 6th, 2018 by Reporter

How PASUMA & I Ended Our Fight @ My Birthday, FUJI Star, SULAIMON ATAWEWE Reveals