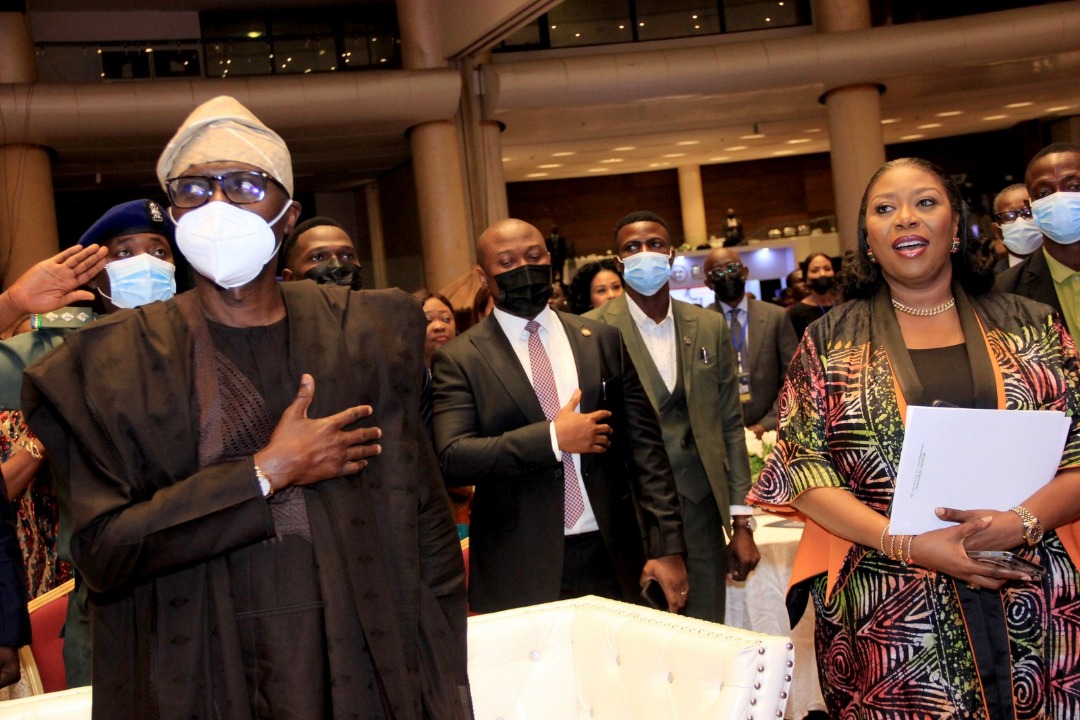 The Lagos State House of Assembly has promised that the legislators would not relent in enacting enabling laws to grow the real estate sector in Lagos State.

Makinde commended the Special Adviser to Governor Babajide Sanwo-Olu on Housing, Mrs Toke Benson-Awoyinka, for her decisiveness and courage to change the face of housing in Lagos.
The Lawmaker said: “We need more of Mrs Benson-Awoyinka at the executive end where they will be making things to work.”
He said that over 2000 key players and practitioners within the real estate and Housing sector attended the conference, which according to him, shows the readiness of practitioners in the sector to partner with the State Government to advance the sector.
“Today’s exhibitions have shown that the stakeholders in the real estate industry are up to the task and are putting the government on its toes.
“As a member of the Lagos State House of Assembly, I pledge that the Legislative arm of government in the State will meet up with the yearnings of practitioners in them is the industry in terms of needed regulations, ” the Lawmaker said.
Speaking during the closing session for the 2-day event, the Special Adviser on Housing, Mrs Toke Benson-Awoyinka urged investors/ investees to make LASRERA their First Point of contact before investing in any Property(s) in the State.
“The process of verifying authentic Real Estate investment Practitioners has been simplified through the Agency’s online platform such that every relevant information are on lasrera.lagosstate.gov.ng which stated the accreditation status of any Practitioner / Organisation.
She reaffirmed that Lagos State will remain a central location and good potential for residential and commercial investments with an existing great network for Real Estate investors/ investees which create wealth and also attract benefits to both parties.
According to her, Government will continue to create enabling environments for the Sector to thrive while also expanding other initiatives aimed at ensuring that new homes are built /constructed, delivered and people have quality, sustainable places to live.
On the outcome of the Conference and Exhibitions which had industry players and practitioners in the Real Estate Sector in attendance, Benson-Awoyinka said the event has again proven to be an eye-opener for all participants.
She said the presence of Governor Babajide Sanwo-Olu at the event shows the seriousness which the administration attaches to this sector and the commitment of the Governor to ensure that stakeholders get the needed assurances and support.
“This conference has achieved its major objective of addressing issues around the real estate sector in Lagos State as it concerns our efforts geared towards making Lagos a 21st-century state.
“At the conference, several issues were raised and they have been addressed and I believe it will further make the real estate sector better for investors, investees and buyers.
“The Lagos State Governor, Mr Babajide Sango-Olu assured us that the incessant issue of land grabbing will soon become a thing of the past as he ordered excision on untitled land across the state to enable the State Government carry out documented delineation on communal land and land owned by the families.
“The Governor also said that a technical committee will be set up to fine-tune the framework for the excision process on untitled land, with the objective to granting Certificate of Occupancy (C-of-O) to landowners for transparent sales of the asset, among other things,” she said.

DELE TAIWO AND HIS WIFE EXTEND MEDICAL CARE TO THE PUBLIC