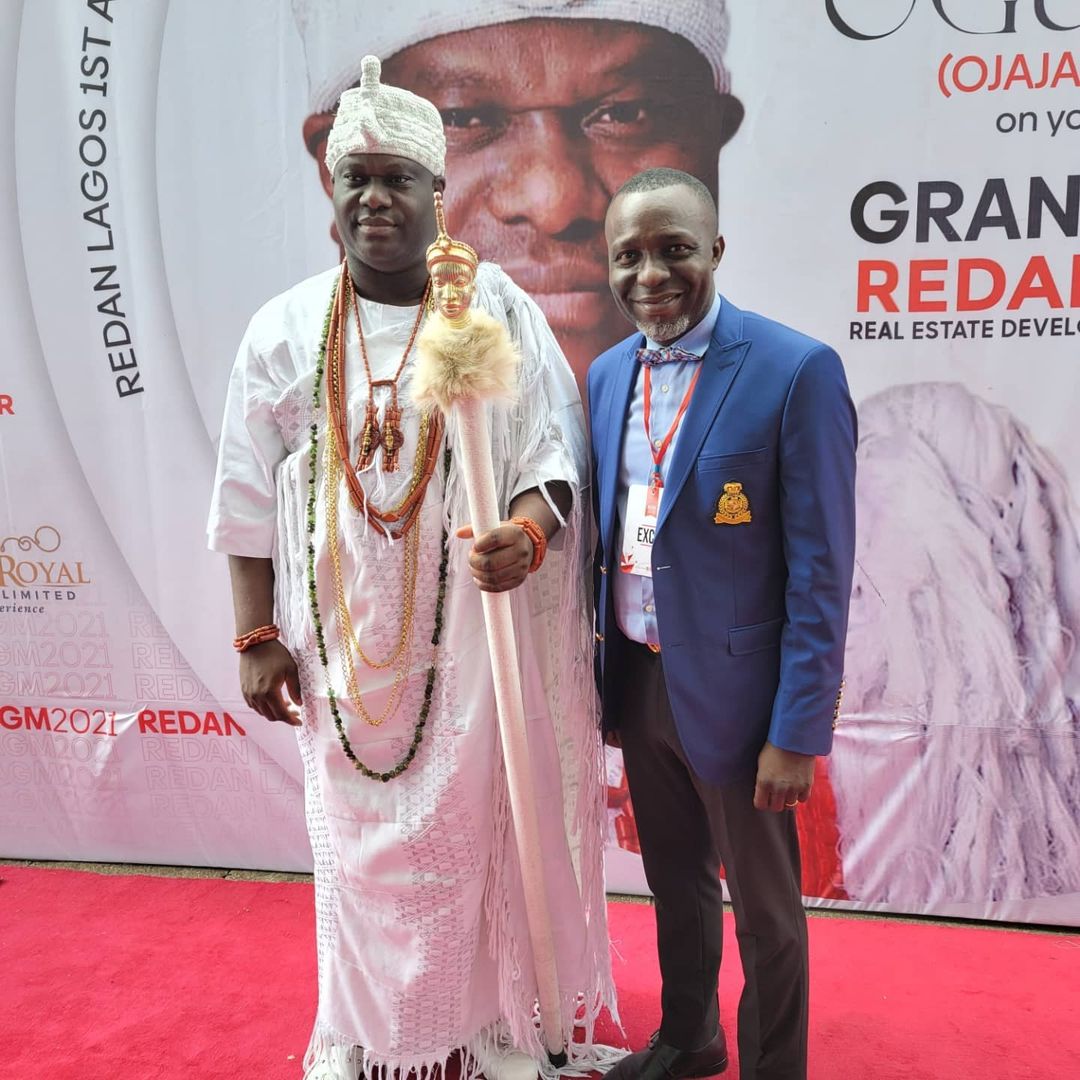 Let’s quickly tell you that it wasn’t just the normal AGM. The Ooni of Ife, HIM Oba Adeyeye Ogunwusi, was also conferred the grand patron of REDAN, both Lagos Chapter and national. He (Ooni), was present to receive the honour.

The Chairman of REDAN Lagos Chapter, Dr Bamidele Onalaja, who happened to be the chief host of the event also presented a giant standing clock befitting the royal standard to the Ooni of Ile-Ife for his fatherly role to the developers.

During the programme, they reeled out why they had to hold this year’s first AGM. The AGM according to the Chairman of REDAN, In Lagos, Dr Onalaja, who is also the GMD/CEO of RevolutionPlus Property, says the essence of AGM is to brief their members on how far they have gone and also tell them what they have been able to achieve as a body.

He said when they came on board, they were able to have a structure in place with a befitting REDAN office in Lekki. Don’t forget he’s the first Chairman of REDAN in Lagos.

He said they started with about 10 members in Lagos but today, they are over 200.

And he also said they were about to build a Police station at Ajiwe, Ajah, Lagos. The project was commissioned a few days before the AGM of REDAN.

A lot of Property players were in attendance and they were duly recognised by the compere, Mr Gbenga Adeyinka, who ensured the event went smoothly.