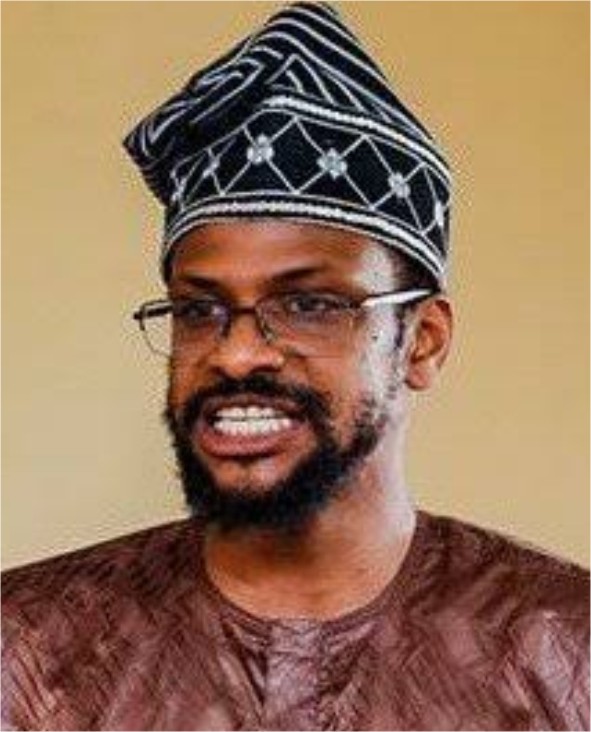 The Ajimobi political dynasty is being rekindled and structure reoiled. As the only son of the late immediate past governor of Oyo State, Senator Abiola Ajimobi, Idris Ajimobi, has not only joined the state’s politics but is set to contest the Ibadan South West State Constituency II seat on the platform of the All Progressives Congress (APC) in the 2023 general elections.

The younger Ajimobi had earlier made his intention of joining politics known during the APC Youth Festival in Ibadan, the state capital sometime in February this year. The festival had in attendance youths, political bigwigs from across the South Western states of the country, as well as top movie and music stars, at the 25,000 capacity Obafemi Awolowo Stadium (formerly Liberty Stadium).

Idris, however, confirmed the move last week  Tuesday while addressing party leaders in his constituency. He solicited the support of the leaders for him to be able to achieve what he described as his ‘childhood dream’ of serving humanity. He said: ”I have come before you as your son, to plead for your support and prayers as I cannot do this alone without you.

“I know that lots of us here know my father and the legacy he left behind (May his soul rest in perfect peace), and my grandfather, Alhaji Ganiu Ajimobi, who served the good people of Ibadan South West Constituency II during the late Chief Obafemi Awolowo’s regime in the Western region.

“We shouldn’t let these legacies die. I will like to build on their legacies while charting a course of my own to unite our people and bring dividends of democracy to them.”

The young lad had also said in an interview that he had always been involved in politics before his father passed on. But couldn’t participate fully because his father was a political office holder. That he feels the time is now to make his late father proud.

Of course, Idris’ declaration wasn’t unexpected. He is the heir apparent to Ajimobi’s political dynasty. Naturally, he is expected to take over from where the father stopped in politics. He must have also learnt the political ropes from his late father. And also with his mom by his side as guardian, he would definitely go far in politics.

It is a known fact that the mother, Chief (Mrs) Florence Ajimobi, is the most influential female politician in Oyo State today. She was the backbone of her husband in his lifetime. She is absolutely in charge of the political structure left behind by her husband. Aside all these, Idris Ajimobi also has all it takes to contest any political post. Like his late father, Idris is well educated and quite exposed.

Unknown to many, Idris is a big player in the real estate sector, both in Lagos and Abuja. He is the MD/CEO, of Grandeur Real Estate Limited. His real estate coy, we gathered, is the brain behind the luxury residential estate called Akora Estate located inside Wemabod Estate, Adeniyi Jones, Lagos. He has since embarked on several other projects in Lagos, Abuja and other places as well. According to him, in an exclusive Interview with Abuja Standard, his upbringing and background have really shaped him to be the best in life. This he said was against the belief that he is a spoilt brat, having come from a privileged background.

“I keep to myself and I don’t go out much so I tend to hang around with friends indoors. I would like to think I am a kind person. And I am a fair person and I never judge people based on their parents or past experience, I judge based on how you treat me at that very moment when I meet you.

“Childhood was very fun. Actually, I was filled with love, growing up in my family, they showed me, constant love. My dad always taught us the most important things in life like for example the value of money. You must never waste money; you work hard for it, so you must spend it wisely. And my mother taught me how to love people. You know you must open your heart to people, especially people who don’t have the same opportunities as you do. You must be nice and kind to them.

“Being the only boy, you can imagine I was constantly showered with love, some would say I was spoilt, but I don’t believe that because as long as my father was around, I was never spoilt. I was taught never to hit women, never to even hold them let alone hit them. I was taught that hard work is the most important thing. And success is not measured by how much money you have in your bank accounts, but how many accomplishments you have and what people say of you, and your accomplishments.

But from which of his parents did he learnt most of these things?

“I would say from both of my parents. My mom mostly. Because as every boy would say, especially if you are the only boy, you are always closer to your mom and girls are closer to their fathers. It’s when you are older than your father then draws you closer and, then, be like okay you are becoming a man, I need to guide you. So growing up I would say mother, yes. But my father also played a key role. His presence was as important, but my mom was the one who taught me a lot of the lessons that I learnt growing up.

“Again, I would say my parents are very kind. I have heard of other people’s parents, and what they put them through. So, I know and as far as I am concerned, I have the best parents in the world. Anyone you speak to might say the same thing. I can’t judge your parents and you can’t judge my parents. They are very loving, and kind and they have taught me very good lessons in life, and these are things I intend to teach my children.

And one of the most important things I think, to some extent, beating your children when they are growing up.

Whenever I was naughty, they beat me and put me back in check, so that’s something I have learnt that if I fall out of the line, they can always put me back in check. And one thing my parents always say is that just because you are 30 or 40 doesn’t mean I can’t beat you. If you think I can’t beat you, you are highly mistaken. So, they have instilled great values in me that I intend to pass on to my children, and maybe one day, if Allah wills it and blesses me with the opportunity I will be able to inculcate it in many Nigerian children through an inspired educational system where they learn. That you must respect authority, yes, you might have opinions that you want to voice to them but you should find a respectful way to voice those opinions.

My parents are very loving and very supportive in whatever we do even when they disagreed with us; they tell us why they disagreed and then they support you regardless. Because as long as you have made your decision and you are sticking to it, and you are willing to present a supportive and valuable argument to stand by that decision then they would support you no matter what. And that’s one thing I found in Nigeria, that you will find it very difficult that not every parent will support you – they might love you but they will not support you.

So growing up, I think we got a balance, my mom was the loving one and my dad was the disciplined one, but when we were in school, my mom was the disciplined one and my dad was the loving one. So when you get those not so good grades, my mother is the one that will say Ah! How is it that you didn’t get good grades? Does it mean that the person that got first is smarter than you? Whereas my dad would be like ehn but you know honey, he tried his best okay so come next time read harder, come I will teach you what you don’t know. My dad was very good at Mathematics, he studied Economics, so growing up he was always someone to go back to with my Mathematics and Economics questions.

Although, I ran from Economics but he was someone who taught me Mathematics. And even my sister taught her more than I got, so they always taught us how to be loving and how to be there for one another no matter what. So with my siblings, even when I am angry at them if they called me and needed me, I would be there and that’s the same thing I know they would do for me if I am in trouble and I needed them, they would be there for me.”

SEGUN NABI Reveals How He Got His Stage Name