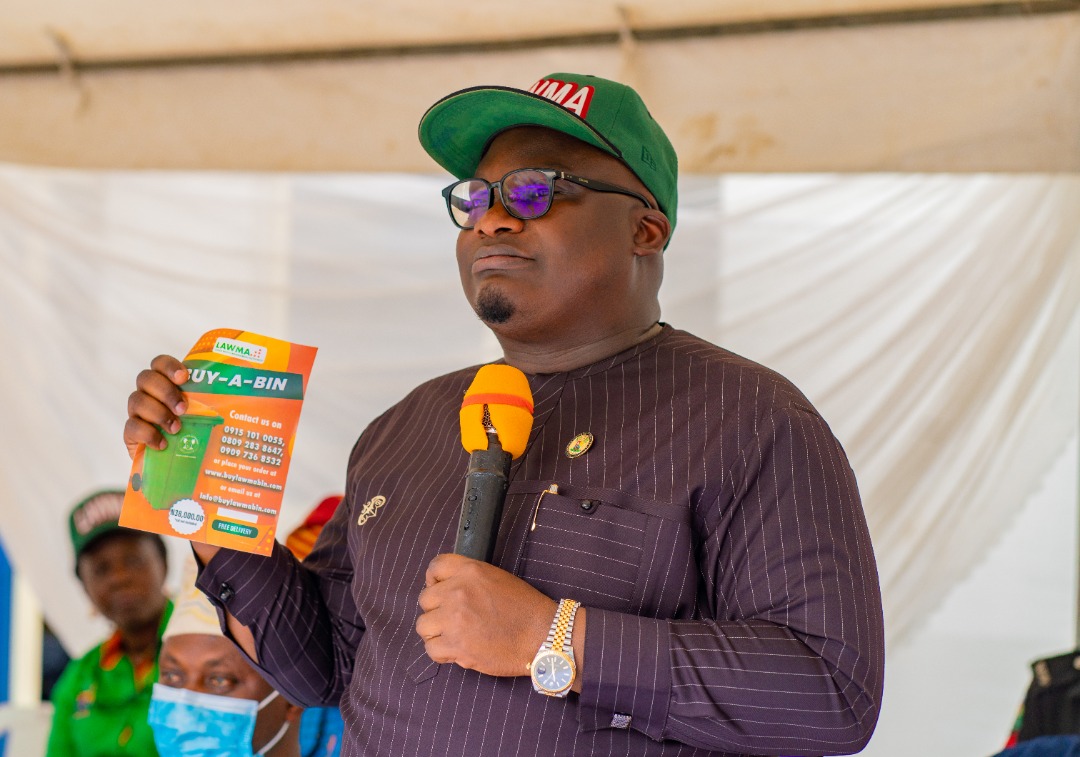 …counsels others on waste sorting and policing

The Managing Director/CEO of Lagos Waste Management Authority (LAWMA), Mr. Ibrahim Odumboni has commended residents of Surulere Local Government Area, for maintaining a consistently clean environment, resulting in the choice as the Cleanest Local Government in Lagos State, during the 2021 metropolitan competition.

Odumboni who gave the commendation at a stakeholder’s meeting on solid waste management across LCDAs in the state, held at the council secretariat, enjoined residents not to rest on their oars, in order to inspire other communities still lagging behind.

Commenting on the essence of implementing sustainable waste management practices in the council, the LAWMA boss noted that the community youths were a worthy resource that should be trained, to police vulnerable areas from indiscriminate waste disposal and black spots.

According to him, “Surulere Local Government is making a significant impact on its youths, with a lot of empowerment going on. Indeed, the sky is your starting point. LAWMA is an advocate of youth empowerment, we are ready to help you train them on waste policing. Let them man areas where cart pushing business is thriving and get them arrested for violating environmental laws of the land.

Speaking further, he said, “Waste sorting is the way to go as the landfills are overstretched. More than four billion plastic bottles are generated annually and it takes about 450 years for a single plastic bottle to dissolve. Therefore, I urge everyone to sort their waste at source, especially organised estates. The same goes for companies, shops and other businesses. Beginning from April, there will be an increment on the waste bills of estates and organizations who refuse to sort their waste at source’’.

The chairman of the council, Hon. Sulaimon Bamidele Yusuf, in his remarks, commended LAWMA’s effort, adding that the council had acquired a compactor for carting away community waste after environmental sanitation on Thursday.

Mr. Adebiyi, who represented LAWMA’s managing director at the stakeholders’ meetings organised respectively in Epe LGA and Eredo LCDA, observed that residents needed to do more, in the area of cooperation with the PSP operators assigned to their areas, adding that the operators had been mandated to upscale their services and deliver effectively on assigned responsibilities.

Responding, the Council-Manager for Epe Local Government, Hon. Olakunle Bakare, who represented the council chairman, commended LAWMA for its good job in the town and appealed for more PSP operators in the area.

He hinted at the recruitment of youths as street captains, for waste policing around the town, to ensure a cleaner and more sustainable environment.

On his own part, the Eredo LCDA chairman, represented by his vice, Hon. Lateef Adesanya, also praised LAWMA for its sustained efforts, promising to do the needful to achieve the right environmental behavior by the people.

How I Got Into The Hair Industry -Adelola Akinyele Omobolanle