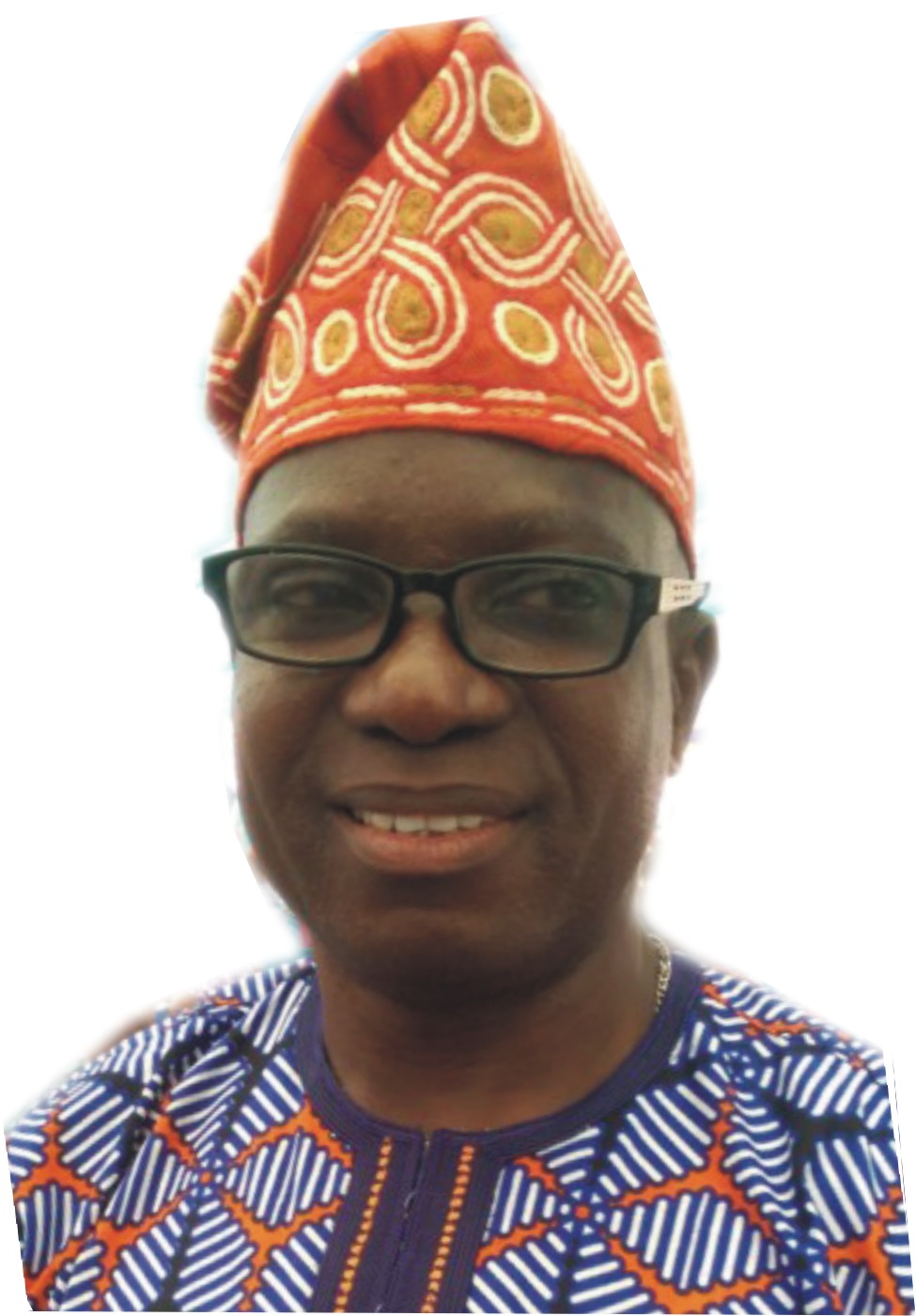 Otunba Adesanya Yusuf is one of the successful sons of Ijebu who is doing so well in his chosen career. He is not only a professional, he is also a community leader in his own right. He is the President (Giwa) of Egbe Bobagunte (Okunrin) Akile Ijebu, the popular age grade group made up of Ijebu men born between January 1, 1959 and December 31, 1961. The group is currently set to celebrate its 20th anniversary. These are Ijebu men born around the year the present Paramount Ruler of Ijebuland, the Awujale, Oba S.K. Adetona ascended the throne of his forbears. He is the younger brother of Chief (Dr.) Fassy Yusuf, the Baagbimo of Ijebuland.

A while back, Giwa Adesanya Yusuf who was honoured by the Awujale with the title of Bobaseilu of Ijebuland, spoke to City People Publisher, SEYE KEHINDE about his title and how he runs Egbe Bobagunte.

How has it been as Giwa Egbe Bobagunte Okunrin Akile Ijebu?

It’s been very challenging and at the same quite rewarding. It’s been quite challenging managing people of diverse backgrounds and disciplines. The role of a Giwa is more like that of the monarchy where your wits have to be at optimum levels. You hold court over various issues concerning members of the egbe and sometimes extraneous issues and you are expected to provide solutions to all problems whatsoever. As Giwa one needs to be available 24/7. You hardly have any private time. Despite the challenges I would say it’s been quite rewarding too because first and foremost I see it as a calling and as a result I serve with all my body and soul. In actual fact I serve with all that has pleased God to bestow on me. For me it is absolute dedication. One thing of note is that the Giwaship has taught me a lot about human nature. In fact no formal school of learning would have given me such knowledge. It has actually made me a better person understanding the dynamics of human nature. Being Giwa Egbe has also given me a lot of friendships which I would forever cherish.

Tell us about your Egbe?

Egbe Bobagunte Okunrin Ijebu got its royal blessing and traditional recognition from His Majesty, Oba (Dr) Sikiru Kayode Adetona, CFR, JP, Ogbagba II, Awujale & Paramount Ruler of Ijebuland on March 28, 1998. The Egbe is an age grade set up in line with the traditional institution of Regberegbe (Age Grades) of Ijebuland under the Awujale who is the chief custodian of Ijebu culture and traditions. Bobagunte are those who were born between the years 1959, 60 & 61. Primarily two things qualify one as a member. Firstly, your year of birth must fall within the three years I stated. Secondly, you must be from Ijebuland or have ties to Ijebuland through marriage or in some cases long sojourn.

Egbe Bobagunte has a special bond with our revered monarch as we were born at about the time he ascended the throne hence our name Bobagunte which literally means “those who ascended the throne with the King”. We are a well organised and properly drilled egbe who faithfully adheres to the Ijebu culture and with utmost loyalty and believe in the values and person of His Majesty Oba (Dr) Sikiru Kayode Adetona, CFR, JP, Ogbagba II, Awujale & Paramount Ruler of Ijebuland. Bobagunte has full fledged chapters in the United Kingdom and Republic of Ireland respectively.

Plans are underway to launch the US chapter. The UK chapter was launched in 2008 by His Majesty, Oba (Dr) Sikiru Kayode Adetona, CFR, JP, Ogbagba II, Awujale & Paramount Ruler of Ijebuland and we also had the honour of having a representative of the Nigerian High Commission at the ceremony. Ours is the only Egbe in Ijebuland with an overseas chapter privileged to be launched by the Awujale. The ceremony was witnessed by the Dagburewe of Idowa, a representative of the Nigerian High Commission and many other dignitaries in attendance. We are very proud of having that sole privilege and are eternally grateful to the Awujale.

As an egbe we have encouraged our members to come home to set up industries thereby bringing employment to our people. Importantly, Egbe Bobagunte Okunrin visits no less than two Charities annually (weeks preceding the Ojude Oba Festival). The Eruobodo Home for Special Needs Children in Ijebu Ode is one of our preferred Charity and we pay the school fees/admission fees of some of the children in the university. We also support RACO Child & Rural Care Initiative Orphanage Home in Itawo, near Odolewu on Ijebu/Epe Road.

Lastly, Egbe Bobagunte Okunrin Akile Ijebu is an active participant in the annual Ojude Oba festival and we are well known as trail blazers setting the tone and standards for other Regberegbe to pursue. We have become perennial winners of the Globacom Sponsored Inter-Regberegbe Parade. In 2013 we were adjudged first, 2014 we were first runners up and also 2016 first runners up.

How did you receive the news of your chieftaincy?

I was highly elated when I got the news from the palace staff that I have a letter to pick as I have been honoured by the Awujale as Otunba Bobaseilu Ijebu. Coincidentally, I got the news a day to my birthday and I picked up the letter on my birthday and for me that was a big birthday present. Anytime I think of it, words fail me but I am eternally grateful to the Awujale for considering me fit for such a worthy title. Everyone who knows Ijebu and the pedigree of the Awujale know that titles are not given to the highest bidder or money bags in Ijebuland but are given only to deserving people. Being considered as deserving by the Awujale is one of life’s greatest gift to me.

Bobaseilu is a big title. How do you see it?

Yes, it is. In fact it is a very weighty title. The name “Bobaseilu” and its connotation sends shivers down my spine. However, I see it as a very exalted honour and another call to service to continue to cherish and uphold our revered culture and traditions and do my little bit in furthering the course of the Ijebu nation with utmost loyalty to the person and exalted office of the Awujale.

How do you see Awujales reign?

It is a well known and documented fact that His Majesty, Oba (Dr) Sikiru Kayode Adetona, CFR, JP, Ogbagba II, Awujale & Paramount Ruler of Ijebuland is the longest serving monarch in the country today. May his reign continue to be long and happy. Awujale’s reign has brought tremendous impact into the Ijebu nation and the nation as a whole. His pedigree as a forthright and down to earth monarch resonates among all true Ijebu sons and daughters and for me this is in keeping with our heritage as “Omoluabi” and as the chief custodian of our heritage he is a shinning light and we as his children are very happy to have him as a role model. One of the important and very significant impact of Awujale’s reign is the cohesion he has brought to bear on the Ijebu nation. In Ijebuland we are our brothers keepers and look out for each other. Christians, Muslims and Traditionalist all live as one in Ijebuland. We don’t have religious intolerance and this has been made possible as a way of life of the Ijebus by the disposition of the Awujale to all and sundry. For instance the Regberegbes (age grade societies) draw their membership from all parts of Ijebuland hence the acronym “Akile Ijebu” after the name of each egbe and this alone makes integration and cohesion of the larger Ijebu society seamless. We can’t help but give credit to the Awujale whose vision and love for Ijebuland is unparalleled.

What sort of a person are you?

This is a very difficult one to answer. However, I will try giving a dispassionate answer. I am a person that believes in being forthright, principled, dedicated to causes I believe in, compassionate and loving and in the words of my wife “loving, caring, dispassionately fair. Diplomatic, wise beyond years and forward thinking.”

How do you see your brother Dr. Fassy Yusuf?

My brother is a nice person. He is a very supportive brother. He is my mentor too.