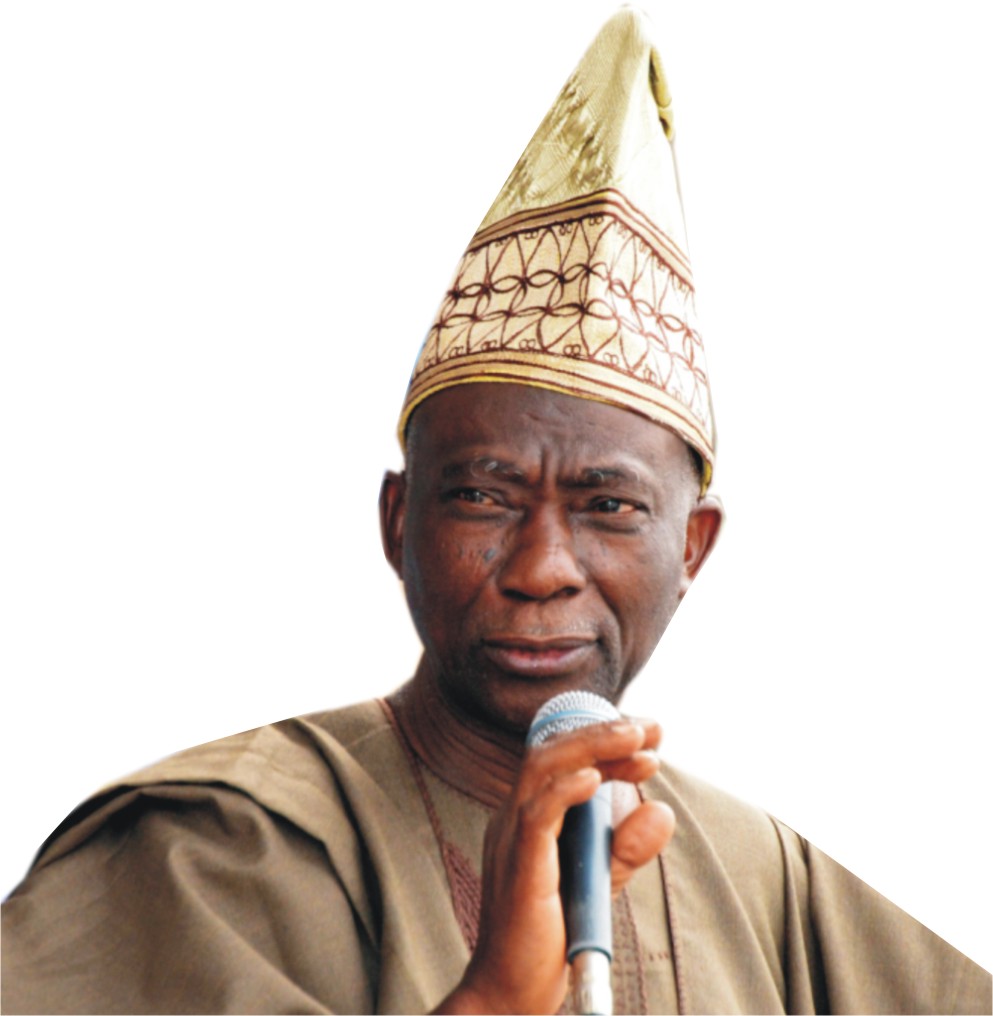 +Gists From His Late Wife’s 8 Day Fidau In ABEOKUTA

Alhaji Abidoye Amosun is the immediate elder brother of Ogun State Governor , Senator Ibikunle Amosun and he has been very active in the political circle in the state.

During the prayer , Alhaji Agba , expressed gratitude to guests who came all the way and stood by them since the death of his wife and he also expressed his feelings and how he met his late wife.

He said ” my late wife moved into my house on Wednesday 4th of February 1979, it was 3 days after we met and she was determined and focused. The person who introduced her to me is also in this gathering, I was single , never been married , I had just two army uniforms and one dansiki , but she overlooked all that and loved me dearly . My wife was  a woman every man should pray for , not materialistic and she stood by me and blessed me with wonderful children. God knows why he took her now , I am older than her , but I  pray that may Allah continue to bless and stay with the children she left behind. I apologise on behalf of my brother, Governor Ibikunle Amosun who could not be with us today due to the fact that he has to attend to state matters in Abuja , we all know that this place is filled with dignitaries because of my brother and the fact that he has been a good Governor.

Wife of the Ogun state Governor, Mrs Olufunsho Amosun who also doubles as one of the wives of the Amosun family spoke on behalf of the rest of the wives and also represented her husband who was in Abuja at the time. She said the deceased who was her elder wife in the family was a good woman and she prays for aljona for her. As usual she was looking elegant in her her simple attire.

The OGUN Governor who should have played Chief Host could not attend because of state duties. He had to be in Abuja with Pres. Buhari for the meeting held with Senate President Bukola Saraki. He was one of the APC governors who convinced Pres. Buhari too dialogue with him.

Present at the fidau prayer at the family house were three APC gubernatorial aspirants who sat side by side. They were Speaker of the Ogun State House of Assembly, Rt. Honorable Suraj Adekunbi , the Ogun State Chief of Staff , Tolu Odebiyi and  Honorable Adekunle Akinlade , member, Federal House of Representatives, representing Egbado South and Ipokia Federal Constituency.

The wife of the first executive governor of Lagos State, Alhaja Sikirat Abimbola Jakande was among dignitaries who came for the fidau prayer at the family house. She was at the front with the husband of the deceased Alhaji Agba.

Chief Mrs Yetunde Onanuga, the Deputy Governor of Ogun State did not only grace the event as a guest but also did a vote of thanks at the fidau prayers and also prayed for Aljona Fidau for the deceased.

OLOORI OLOWU CAME WITH OTHER CHIEFS

Oloori Bosun Dosunmu the Oloori of Oba Dosunmu , Olowu of Owu Kingdom came to represent her husband with the Staff of Office. She also came with some other female chiefs from Owu. She was flanked by Aare Chief Adenike Lawal , Iyalode Owu Kingdom, Dr Mrs Jolaoluwa Opaleye , Faderera Owu Kingdom.

Engineer Obafemi Edun , Chairman of Yewa South Local Government, and his beautiful wife were among dignitaries who arrived the venue early and stayed for long. The LG boss also came with his SLG Hon. Jimoh Taiwo.

SARAFA TUNJI ISHOLA NOT LEFT OUT

Ogun former SSG and Former Minister Alhaji Sarafa Tunji Ishola who is also the Baba Adinni of Egba Land also came to play his role as one of the Muslim heads in the State.

Oba Dr.  Adedapo Tejuoso , The Osile Oke Ona sent staff of office to show his love and care to the Amosun Family. The staff of office was followed by the Babatolu and Akinrogun of Owu Kingdom.

Former Inspector General of Police, (IGP), Musiliu Smith, who is now chairman of the Police Service Commission (PSC) and Ogun State Commissioner of Police Ahmed Iliyasu came together, The PSC chairman who was a one time police commissioner of Ogun state shares a cordial relationship with Governor Ibikunle Amosun and his brother Alhaji Agba.

THE KINGS WHO CAME

Ogun SSG , Barrister Taiwo Adeoluwa was very supportive, although he came briefly to the event, but he has been very supportive since the demise of the deceased.

King Wasiu Ayinde Marshall was the official band of the day . He thrilled guests with sweet melodies as he is familiar with most of the dignitaries at the event.

Alhaja Idayat Ayinke Adedoja Amosun nee Adeyemi was the first wife of Alhaji Abidoye Amosun, popularly known as Alhaji Agba. She was his only wife before he married a second wife after their sixth children. Her dad is from Ijaye Area of Abeokuta while her mom was from Badagry. She was known to be a  very hard working woman , she was a business woman and also made her mark in Lagos politics. She was also a lover of Islam. She was one time the woman leader of Mushin Local Government, the Assistant Iyaloja of the Popular Alamutu market , Idi Oro , Mushin and some other chieftancy tittles.