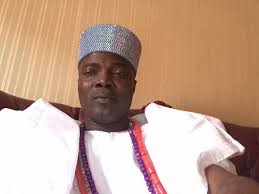 His Royal Majesty, Oba Adekunle Oyelude Makama is one of the vibrant Monarchs in Osun State. Before he went on the throne he was well known as a vibrant man who was well connected in the corridors of power in the country.

He had solid links with all the power players who dominated the 90s. And that has helped him since he assumed the throne as the Olowu of Owu Kuta.

Oba Makama hardly grants interviews. He is also hadly in the news. He is quietly and steadily running the affairs of his community in Osun State.

A few months back, he spoke to City People Publisher, SEYE KEHINDE about his life as a traditional ruler.

How has life been as a traditional ruler?

To God be the glory. We’ve been coping. God and destiny have prepared one for leadership role. As the Chairman then of IBB vision 2003, 2007, I was prepared for this new role. I think I am finding it a little easy.

At the time you were called to come and be king, how did you take the call?

It was with mixed feeling. As a Prince, you will have in your conscience that one day will want to aspire to your forefather’s throne. Secondly you will looking back that where you come from, as a young man, it is not a very big cosmopolitan society, it’s an quiet town, how are you going to be coping? Will the royalty going to be enough to sustain you? Those were the feelings.

So how have you coped living in such an ancient community that will be boring? How have you kept yourself going?

With my network of friends who have been coming to see me. It has help. These are friends who have been there for years. Every weekend they come to see me at the palace. They don’t make the palace dull. They come from far and near. My godfather, my mentor, that I call Baba Oba, the General (IBB) does not allow me to even feel the pinch. He still does things for me beyond what I am entitled to from the government up to date.

How do you see the role of the kings in helping to run the society?

Our role has been there for centuries, it has been embedded either written or unwritten is to foster peace, and to promote culture and to advice and formulate policies on how to harmoniously live together. We are meant to be cultural ambassadors. We were primarily assigned the responsibility of promoting culture and maintain peace in our domain.

As Kabiyesi what do you do in a day to day basis, apart from attending to all those who come to see you?

I still maintain my construction company. I have equipments that I construct reads with. On your way here you will see my equipments Kingroad Construction. I travel widely.

Anything I think that can be of advantage to my kingdom, I go for. Gone are the days when a monarch will sit and you will expect goodies to come, you go for it now. We are not like the Awujale who all his people go to support. God created him for Ijebu. He is lucky. He has likes of Otunba Mike Adenuga and other rich Ijebu people who rally round him. We still want God to provide such rich sons for us in our domain here. And you know I still prefer dual role. I am the Chairman of the Council of Owu Obas. Apart from being an Olowu of Owukuta here, it still my responsibility to see to the day to day running of owus, including Owus in Ijebu, including Ijebus. The Owus are the jews of Africa, of Yoruba race. So hardly will you see a monarch without a schedule except a lazy monarch.

How was your growing up years?

I was born and bred in my kindom. I am the first child of my family. My great grand parents, migrated from Orile-Owu in 1427 to the present Kuta. Ever before the Owus War which was in 1820, we migrated here 1427, my great grand dad, Tegbosun, was the 1st Olowu. That is why I am Tegbosun 3rd. Luckily, my grand dad, Oyelude, became Tegbosun 2nd. Coincidentally, I have direct descendants again and became Tegbosun 3rd. Most of my younger days, I did it in the North. If not for the royal throne I speak Hausa than Yoruba language. I still don’t leave any of my people. The Minister for Water Resources is the younger brother of my own Secretary when I was Chairman. When I travel to many countries, I usually meet many of our boys in IBB camp, as Ambassadors, Defence Attaches, so, my grown up days was up North. When we started knowing was is social life was when we relocated back to Lagos. 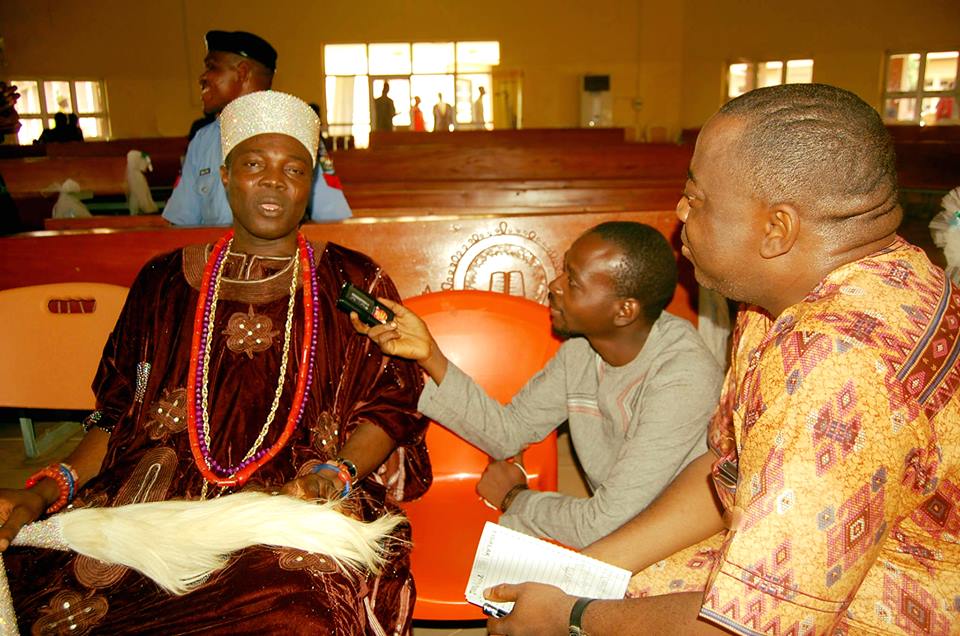 Looking back, Kabiyesi, what has life taught you over the years.

There are so many basic lessons that life as taught me. Life has taught me some basic lessons. One of it is that whatever is meant for you will certainly come to you, once you are patient and perseverance. Whatever is meant for you will surely be yours. A few days ago, Chief Bakare (Olawalogbon) still told me he was surprised when he heard that I became a king. I told him that my Oga in Minna was surprised when I went to inform him that I was becoming a king. He asked me. He said. Kunle, do you mean it? I said yes sir. Since that time, he has been very supportive. Since that day, he ceased to call me my name; he will always call me Kabiyesi.

Anytime I am in town in Minna, he will invite all his childhood friends (elders) to come and welcome me. Life has taught me that, when Gods time has arrived, everything becomes automatic.

Before I will queue to take a visa, now I have a Diplomatic passport, I don’t queue. Anywhere I want to go, they won’t refuse and I would not pay but anybody that accompanies you, you will pay. All through my life I have maintained my integrity and pedigree. When I was younger. I didn’t know it would take me to where I am today.

That is why I keep telling people to maintain a good pedigree. That is what life has taught me.

You’ve been on the throne for how long now?

4 years plus. I am going to 5. I don’t celebrate it annually. I am waiting. By that time I would have had a retime of achievements to showcase. A monarchial system is not like a political system. An Oba does not have a budged to say you want to do roads or projects, but you can only drive people to do that for you. So we are still building people, for them to come back to the kingdom and start working. That’s when I think you need to showcase things.

Immediately you came on the throne Kabiyeesi, what were the issues you tackled?

My first primary assignment after I was enthroned was to foster peace. We had 4 ruling houses. Among the 4 houses, if House A is on the throne, House B will not come to the palace. The 4 ruling houses belong to the same family tree. I fostered Peace and Unity among them. Now, people that normally will not sit together, they will sit together, leave there drink behind and go and come back to it. That is what I have. It was achieve. We started to draw our people far and near to come back home. The Witches and Wizards are not killing anybody. You don’t need to stay in Lagos and say you are somebody. I had to start drawing people back home. Some of them are Senior Advocates, Major Generals, Artistes. They are returning. To compel them to come back home, I made it mandatory that for any body to attain chieftaincy title in my place you must build a house in the town. An Owu Chieftaincy title is very expensive. Those I met, who didn’t have a house I withdrew it. I made it mandatory. You can own a high rise in Lagos or London but you must come back home to build a house. You must build an edifice in the town.

You must build in my community before you attain a Chieftaincy title, be it honourary.

The Owus are all over the country. How do you keep all of them together?

How My Handshake With Ex-Gov. JAKANDE As A Student, Changed My Life – LAGOS Lawmaker, Hon. OLUSEGUN OLULADE