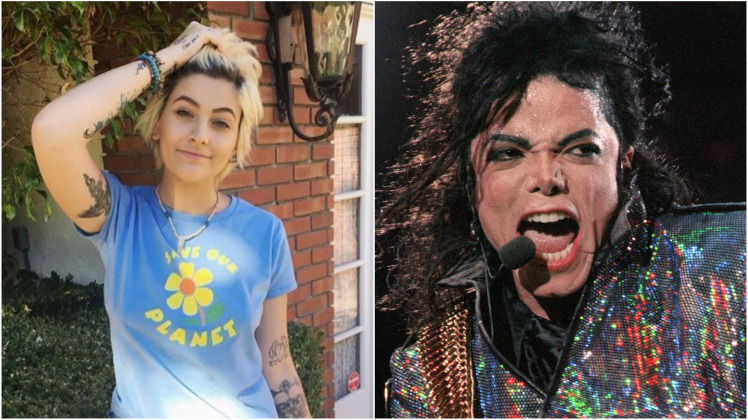 Paris Jackson has dropped a major bombshell by revealing she ‘absolutely’ thinks her father Michael Jackson was murdered.

In her first ‘tell-all’ interview with Rolling Stone, the 18-year-old first admitted that MJ being killed ‘sounds like a total conspiracy theory’ — before making it clear she firmly believes that happened.

Pop legend Michael died at the age of 50 of a massive overdose of the general anesthetic propofol in June 2009, with his personal doctor Conrad Murray later serving two years for involuntary manslaughter.

Asked if she believed Michael was killed Paris said: ‘Absolutely. Because it’s obvious. All arrows point to

‘It sounds like a total conspiracy theory and it sounds like bullsh*t, but all real fans and everybody in the family knows it.

Jackson’s personal doctor Conrad Murray walked free from prison in 2013, but Paris did not name anyone in relation to her fears about her father.

Paris’ 58-year-old mother Debbie Rowie, who was diagnosed with breast cancer last year, is such a private person that her view on how Michael died remains a mystery.

In the interview, Paris later went on to address the rumours that she is not biologically related to Jackson, while apparently giving ‘fierce eye contact’.

‘I believe in democracy’: Nicole Kidman defends her comments about Trump’s presidency

‘People that knew him really well say they see him in me, that it’s almost scary. I consider myself black.’

Paris then said of her dad: ‘[He used to] look me in the eyes and he’d point his finger at me and he’d be like, “You’re black. Be proud of your roots.”

Michael has two other children with Debbie, 14-year-old Prince and 19-year-old Michael Jr.

Metro.co.uk received a ‘no comment’ response from Paris’ rep, and we are awaiting comment from Michael’s estate

Michael Jackson’s daughter Paris is ‘absolutely’ certain her dad was murdered in 2009 was last modified: January 24th, 2017 by Reporter