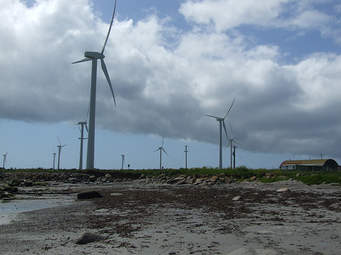 How prepared are you for a possible total black out?

Electricity generating companies in the country say they will be forced to shut down their power plants if the challenges facing them are not addressed.

The Association of Power Generation Companies, the umbrella body for the Gencos, said on Monday that the recent decline in available generation capability could be traced to the various challenges experienced by the Gencos.

The Executive Secretary, APGC, Joy Ogaji, said in a statement that the challenges include: poor liquidity, power rejection by the electricity distribution companies and gas constraints due to the sorry state of the market.

Ogaji said, “Few of the thermal power plants were out due to planned maintenance, which is allowed in the sector. The decline was not an act of rebellion by the Gencos neither was it deliberate but was beyond their control.

“This should serve as a wake-up call to the Federal Government to the goings-on in the industry with regards to the Gencos and if the actions are not taken by the necessary agencies, Gencos will be forced to shut down business.”

According to data made available by the association, available generation capability plunged to 5,207.57 megawatts in December from 7,238.12MW in November, while average generation rose slightly to 4,162.47MW from 4,093.76MW

Ogaji said, “Available generation capability experienced a drop due to various factors such as gas constraints, ongoing maintenance by some gas suppliers and low load demand by distribution companies, which resulted in reduced generation or outage of some power plants.

“Afam Power Plc (Afam VI Gas/Steam), GT12, 13 and ST10 power plants were shut down for a period of about 16 days due to planned maintenance that was carried out by the gas suppliers on their facilities. Although Afam Power Plc was duly notified about the maintenance, it resulted in a reduction of Afam’s available generation capability from about 490MW to zero.”

She said within the period, most of the plants built under the National Integrated Power Project, including Alaoji, Sapele, Olorunsogo, and Omotosho, suffered from gas constraints.