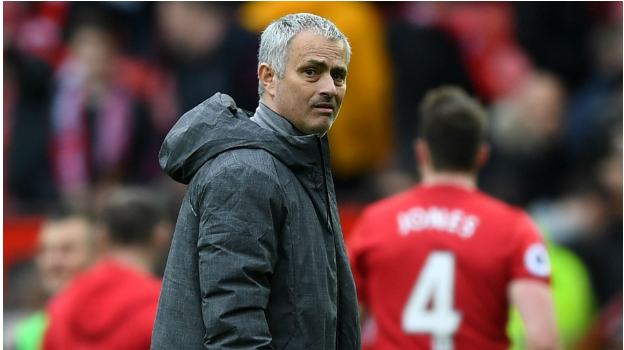 Jose Mourinho’s first season at Manchester United will be deemed by many as a failure unless they win Wednesday’s Europa League final against Ajax Amsterdam to secure Champions League qualification.
The Portuguese coach arrived at Old Trafford at the start of this campaign charged with the task of restoring United to, if not their old dominance, at least a place at the top table in the Premier League elite.
But a sixth-place finish is lower than Mourinho’s predecessor Louis van Gaal managed in his two seasons, which concluded with fourth and fifth places.
It is not the prestige of the Europa League title that would change the perspective on the former Chelsea and Real Madrid manager’s first year at United but the place that triumph would secure in the continent’s top club competition.
For United, a second straight season outside the European elite would not only be a blow for the fans and the club’s status but could also affect their ability to recruit the very best talent from across the globe.
For Mourinho, there is also his own ‘brand’ to consider.
The 54-year-old left Chelsea last season after a shocking campaign of under-achievement, only for largely the same group of players to march to the Premier League title this term under his replacement Italian Antonio Conte.
The move to United offered a chance to restore Mourinho’s reputation as a winner – but a season with just a League Cup triumph and no Champions League place would surely have his critics crowing again.
Mourinho’s tactics have been criticised as overly cautious and others have taken aim at his habit of publicly naming and shaming individual players, such as full-back Luke Shaw.
On Monday, ex-France and Arsenal striker turned Sky Sports TV pundit Thierry Henry said United’s biggest signing – world record 89 million pounds ($115.62 million) purchase Paul Pogba – was under-performing due to Mourinho’s tactics.
“They don’t use Pogba where he should be playing – he’s not a holding midfielder. He likes to play higher or off the left,” said Henry.
But a win over Ajax would allow a greater hearing for a more generous evaluation of Mourinho’s first 12 months at United.
Last month’s 2-0 home victory over eventual English champions Chelsea, provided indications that next season United could be both more successful and more entertaining.
Teenage striker Marcus Rashford was excellent in that game and has enjoyed a season where he has made clear steps forward in delivering on his undoubted potential.
Spanish midfielder Ander Herrera was a crucial element in stopping Chelsea’s often deadly counter-attacks and has shown that he can become a key element in the United midfield.
French defender Eric Bailly has also grown this season and he is by no means alone – several players in the United squad have enjoyed positive campaigns.
While few have time for Mourinho’s press conference ‘blame games’, there is no doubt he is justified in highlighting United’s lengthy injury list during a busy season finale.
A Premier League high of 15 draws – 10 at home – wrecked United’s hopes of a top-four spot, but attacking reinforcements in the transfer window should help address that problem.
Win on Wednesday and Mourinho will go into the close season able to promise his transfer targets that next year will be about challenging on the domestic and Champions League fronts.
A defeat changes the narrative to one which next season focuses on whether Mourinho really is the right man to turn around the 20-time English champions’ fortunes.