My Music is Afro spirit “OmoCeleReloaded” Crooner, Engo Reveals His Aspiration in The Entertainment Industry 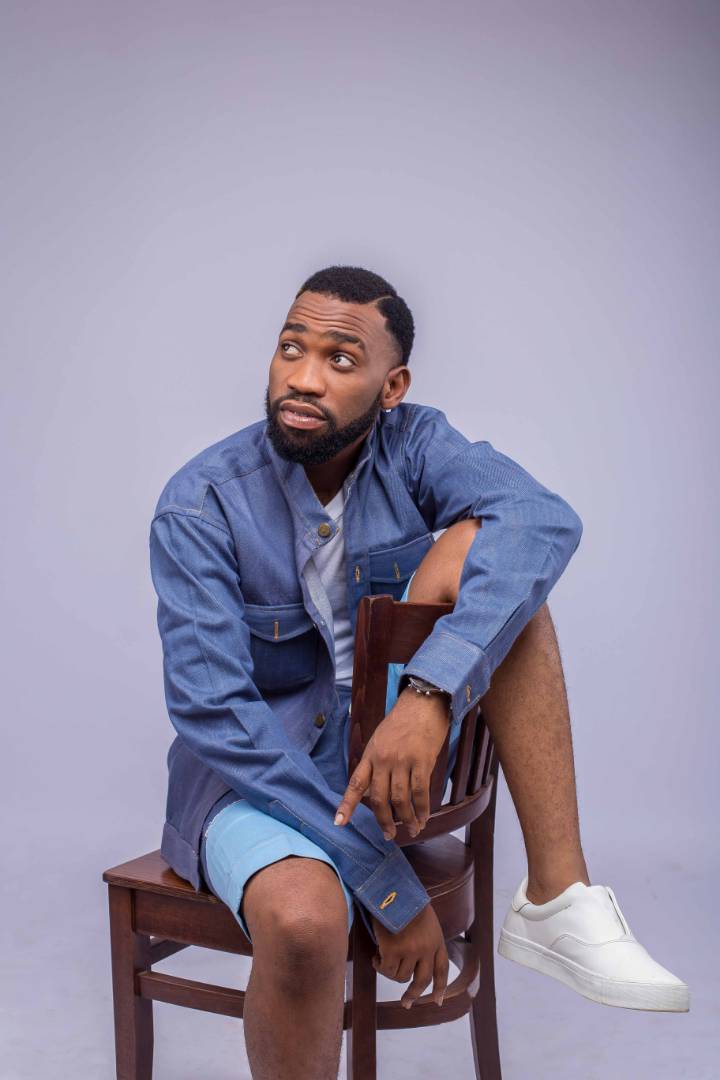 Hip-Hop act, Clement Oluwaseegun Ezekiel popularly known has ENGO is one of the rave of the moment in the Nigerian entertainment world says that music is not just a way of entertrainment but an opportunity to make a differece. ENGO meaning EN-tertainment GO-spellar ( EN represents STAR while GO represents CROSS … EN-GO stands for a star with the cross which implies that ENGO is a creative act who presents the truth on any subject of interest in an entertaining way for purpose of being a positive influence to the World at large). In this exclusive interview, Engo layed his mind bare on what he has been through before getting to stardom and his aspiration as a musician. Eenjoy…

HOW WAS YOUR GROWING UP LIKE?
My growing up is great, I grew up in the environment where one is expected to have an idea of almost everything in life… be it spiritual/religion, financial, education, sports, entertainment, including street orientations and the likes…
HOW DID U VENTURE INTO MUSIC?
Music for me is like Oxygen… because i was born into the music system… religious setting… my Dad is a shepard of a Celestian church, my mom the choirmistress and all my sisters (all elders) sing… so its more like i was raised in it…
WHAT KIND OF SONG DO YOU DO?
My kind of music is a major of HipHop/Rap blended with any other genre of interest in the Afro spirit… but i call my sound and style “#Okisiyayi”meaning quality and royal…
Was greatly influenced by various artiste of different genre thanks to my Dad who allowed us to listen to any kind of music including Fuji, apala, bolojo, soul, rap, e.t.c He is a music lover but cant sing… instead he prays alot… and mom pushes us to create and compose using various style.
HOW LONG HAVE U BEEN SINGING PROFESSIONALLY?
Like i said, i was born into the music system, singing has been a way of life but i found Rap in 2010… Same year i had my first studio recording and everything changed for good… But I will love to certify 2018 as a more professional start for me despite my ground breaking and award winning achievements over the years.
WHERE DO YOU GET UR INSPIRATION FROM? SOME SAID ITS THROUGH DRINKING AND SMOKING, WHAT’S YOURS?
My inspiration is Inside…lookin inside… the Almight by grace gave me abundant creative potentials… so i just look inward for it… and taking into consideration my environment and my experiences. My kind of act selects a subject and make a good product of it creatively.

APART FROM MUSIC, WHAT ELSE DO YOU DO?
Aside music… I’m a video jockey (VJ : into red carpet hosting and tv presenting) as well as Tutoring ( major on mathematics and sciences).
HOW EFFECTIVELY DO YOU NOW COMBINE UR MUSIC WITH ALL THIS YOU DO?
Music and Vj thing goes easily cos they are both entertainment related, but i do the tutor based on my deep passion for impacting young people positively and i think it also reflects in the wayi deliver my lyrics… though challenging, but have been able to master and marry them all.

HOW MANY TRACKS DO YOU HAVE FROM YOUR ALBUM? AND WHICH IS YOUR HIT TRACK?
At present, my body of work is a mixtape of 15tracks released on my birthday in 2016 and titled “Engocentric Mixtape”… But my official single which is now a hit, titled “OmoCeleReloaded” is making huge wave and we are coming out strong on it thanks to the fans (i call them #Engocentrics, meaning centred on Engo).
The hit “OmoCeleReloaded” is a song encouraging people against discrimination of any kind by using the denomination idea to speak the truth on the subject.
I’m a celestian and i have been directly affected by interdenominational discrimination likewise many others.
We are in the world where people easily dislike and later intensively dislike to the point of extreme hatred… hatred for other people ideas (biogot), hatred for people of different skin colour ( racism), hatred for foreigners (xenophobia), tribal issues, political party crises, religious hatred, interdenomination hatred and even hatred for human nature ( misanthropy).
All these kind of hatred and dislike makes the world a hell of an experience. I know a people that could get a job, school admission, promotion, wedded to the love of their life all because of the fact that they belong to a particular church, religion, party, tribe, race and the like.
So the song is about my celestial pride in my heritage, speaking for the silent ones and getting people to rise above the terrible system in this world of dislike and hatred.
The song is available online on all platforms.

WAT ARE THE CHALLENGES YOU HAD OR YOU ARE HAVING IN THE CAUSE OF MUSIC?
Basically, my challenge at present is just the difficulty of getting to properly reach out to the world musically … as regards finance because the industry is still small… its just growing and a whole lot of people has made it all about money… nevertheless we’ll keep pushing through till the world catches the virus.
WHERE DO YOU SEE YOUR MUSIC OR YOURSELF IN THE NEXT 5YEARS?
I see myself dominating both home and abroad… by domination I mean becoming influential to the world…becoming a positive influence with the very best entertainment means.

WHAT HAS LIFE TAUGHT YOU OVER THE YEARS?
Have been taught by life to be proud of where i am from, family, environment e.t.c since we couldn’t choose our parent but was born onto them , i believe there is a purpose for our existence in that particular family as designed by God… so basically, being proud of who you are, correcting who you are and becoming better.

IF YOU ARE TO CHANGE ANYTHING ABOUT YOURSELF, WHAT WILL IT BE?
Life is about decision making… making choices if good or bad… and our decision will either make us or break us…so if I have the ability to stop making d wrong choice or avoiding it then I’m cool… because doing the right thing is really hard.
DO YOU REGRET DOING MUSIC?
No… i dont

HAVE YOU EVER BEEN DISCOURAGED ON WHAT YOU ARE DOING?
Yes please, countless times but I always refuse to check my time on other people’s watches

WHO ARE YOUR ROLE MODELS OR YOUR MENTOR IN MUSIC?
I really dont have a model but have been influenced by 5 artistes home and abroad… home: Olamide, Phyno, Ruggedman, Vector and MI… also abroad… Jay Z, Kanye West, Eminen, Lil Wayne and Kendrick Lamar

WHAT MESSAGE DO YOU HAVE FOR UP COMING ARTISTE WHO ASPIRE TO BE LIKE YOU OR GROW LIKE YOU?
To all uprising stars like me… i say dont feel low or little by being called an upcoming… in the light of truth, everyone is an upcoming because our desires, dreams and want has no end… Even the african richest Dangote still wants more… And remember that the competition is within, its about you being better than You not someone else… believe in yourself and be better.
Geographically speaking, the stars are upcoming to the sun… thats whatsup

IN YOUR BUSY SCHEDULE, HOW DO YOU RELAX?
I simply relax by staying alone in my dark room… though its weird kind of but it helps me ease stress and aids my creativity and imagination. I also relax by being around a happy crowd and just observing.

My Music is Afro spirit “OmoCeleReloaded” Crooner, Engo Reveals His Aspiration in The Entertainment Industry was last modified: February 13th, 2018 by City People