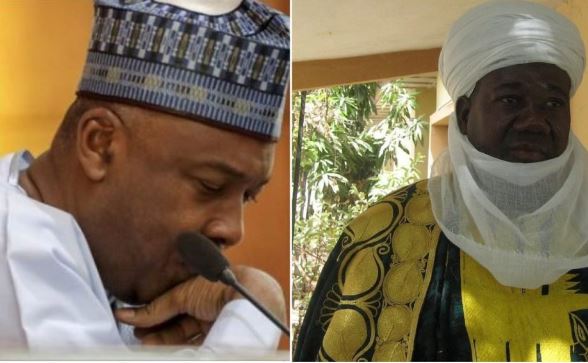 President of the Senate, Dr. Abubakar Bukola Saraki, on Wednesday, expressed sadness over the death of a foremost traditional ruler in Kwara State, the Etsu Patigi, Alhaji Umar Chatta Ibrahim.

Saraki, in a statement by his Special Adviser (Media and Publicity), Yusuph Olaniyonu, described the late royal father as a man of peace, whose reign witnessed monumental development in his domain in particular and Kwara State, in general.

“Alhaji Umar Chatta Ibrahim was an older friend and an ardent supporter. I will personally miss his advise and fatherly disposition. He was always an apostle of peace and good relationship between the various peoples and areas in our dear state. He shall be dearly missed.

“The last time I saw him was during the electioneering campaigns, he was lively and articulate about the hopes and aspirations of the people of Patigi, in particular, and the Kwara North Senatorial District in general. As usual, one saw a traditional ruler who tirelessly canvassed the interest of his people. One never realised it was the last meeting we had that day,” Saraki stated.

The President of the Senate commiserated with the immediate family of the deceased, Patigi community, the Etsu in Council, Kwara State Traditional Council and the people and government of Kwara State over the irreparable loss.

He prayed Allah to grant the soul of the departed royal father a place among the righteous ones in Aljannah Firdaus, and to his loved ones, the fortitude to bear the loss.