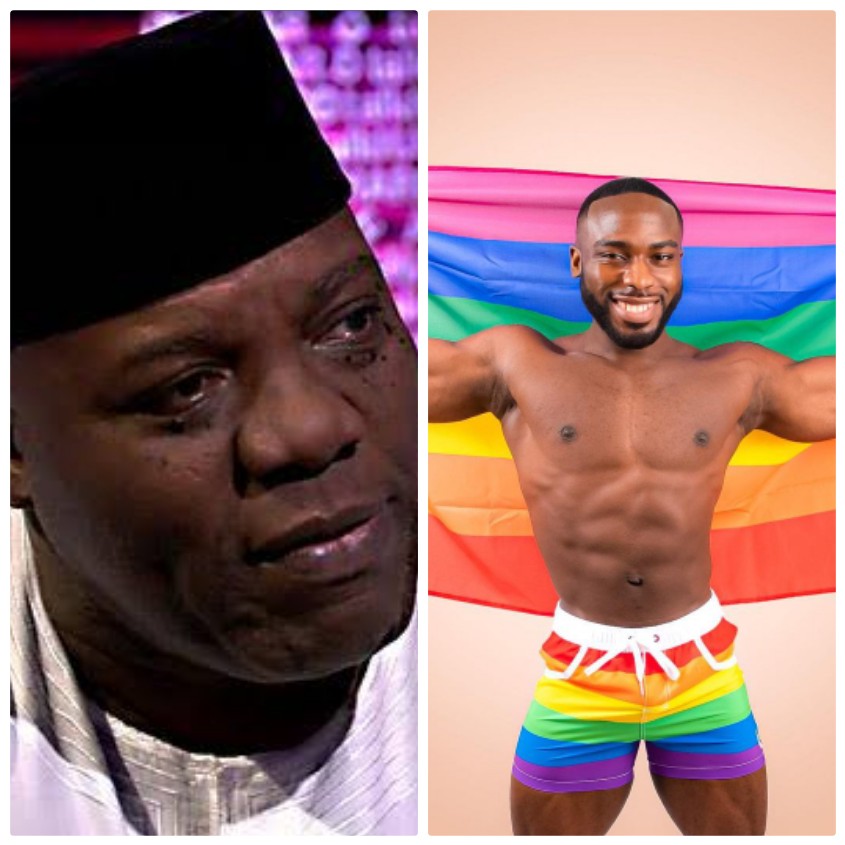 Former Presidential aide, Doyin Okupe, says his son Bolu, who came out as a gay man in January 2021, is on a sojourn to the gay community where he will be an instrument of God.

Okupe in an interview with VanguardLiveTV, said he wept the day he got to know that Bolu was a homosexual.

The 68-year-old politician said one of his greatest regrets he has was to allow Bolu to live in France which according to him is a liberal society.

“We’ve always known that Bolu was like that. He’s even much more than that. He’s incredible with what he does and capable of doing. All his other siblings are one but Bolu had designed his mind to never live in Nigeria.

Unfortunately for me, his mother took him abroad very early. He did major parts of his secondary school in the United Kingdom.

So, Bolu thinks he lives European (he’s my son) but his mind is European. I also know that he’s easily influenced by his environment. I know that for a fact because he came home one time for holiday, and this is the person that’s been questioning the Bible but all of a sudden, he’s on fire in terms of scripture having spent some months in Nigeria. His elder brother who is a pastor now helped him spiritually during that time.

I made the greatest mistake to send him to France because that’s an extremely liberal society. So, the family had known that Bolu had that tendency. The day I knew, I wept. (I) have gone past that. We’re just praying for him but I also know that, God’s ways are not our ways, and He knows the beginning from the end. Mark my words, he (Bolu) is on sojourn to the gay community in order to be an instrument of God to that community eventually. That’s what is going to happen by the grace of God.”he said

My son Bolu is on a sojourn to the gay community to be an instrument of God – Doyin Okupe was last modified: March 18th, 2021 by Reporter

CAN has failed to learn from History. We will see who blinks first – MURIC reacts to hijab crisis in Kwara schools