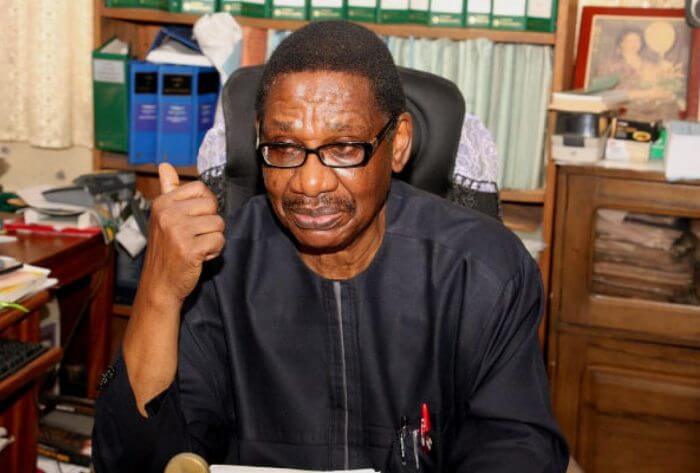 The Niger Delta Development Commission (NDDC) has debunked the allegation raised by the chairman of the Presidential Advisory Committee (PACAC), Itse Sagay, that they purchased 70 cars

Sagay had accused the NDDC of being reckless with funds meant for schools and infrastructure development in the Niger Delta region.

But reacting in a statement released by Chijioke Amu-Nnadi, head, corporate affairs NDDC, the commission said it was just in the process of purchasing 22 cars for official use.

The NDDC said its chairman and executive directors were still making use of their private vehicles, after three months on the job.

“The attention of the Governing Board and Management of the Niger Delta Development Commission, NDDC, has been drawn to a statement credited to the Chairman of the Presidential Advisory Committee Against Corruption, Prof. Itse Sagay (SAN), in which he claimed that the Commission “bought over 70 cars that included eight super Lexus that cost N70m each and 10 Toyota Landcruiser jeeps at N65m each,” the statement read.

“The NDDC wishes to state, categorically, that no such purchases have been made since assumption of office on November 4, 2016, of the current Governing Board. Indeed, it is a known fact that the Chairman, the distinguished Senator Victor Ndoma-Egba (SAN), the Managing Director/CEO, Nsima Ekere, and the two Executive Directors are still using their private vehicles three months after assumption of duties.

“The NDDC is only now in the process of acquiring work vehicles, and is adhering strictly to due process. These include five (5) Toyota Prado jeeps, 10 Toyota Hilux trucks, four (4) Toyota Landcruiser jeeps, one (1) Toyota Coaster bus and two (2) Toyota Hiace buses. The Commission has just received the Due Process Compliance Certificate from the Bureau of Public Procurement, BPP, and is preparing the mandatory memo for the approval of the Federal Executive Council.

“We wish to restate that the current Board and Management of the NDDC is committed to making its transactions transparent, by adhering strictly to processes and procedures of Government, as espoused in the Board’s 4-R Initiative of restoring the Commission’s core mandate, restructuring the balance sheet, reforming our processes and reaffirming a commitment to doing what is right and proper at all times in facilitating the sustainable development of the Niger Delta region.

“In this regard, the Commission is also partnering with Bureau for Public Service Reforms (BPSR), Nigeria Extractive Industries Transparency Initiative (NEITI) and Open Government Partnership (OGP) to improve the Commission’s governance systems, procurement and project implementation processes, in order to plug all loopholes and systematically eliminate all incidences of mismanagement and corruption.

“NDDC is always ready to open its books for audit. We are also committed to responding to all inquiries from well-meaning individuals and groups seeking clarification on rumours and possible false information.

“While asking for support from all stakeholders to enable the Commission succeed in the ambitious task of reforms, the New NDDC is evolving as a responsible public institution and members of the public should feel free to get authentic information on its activities to avoid sensationalism.”