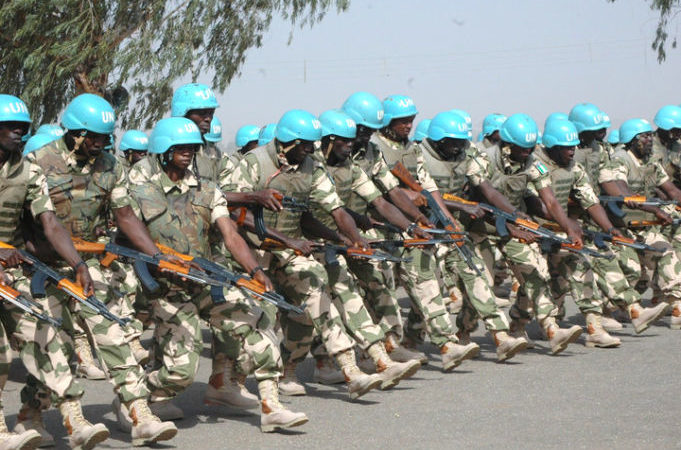 Nigeria is the world’s 14th largest troops contributing nation to UN peacekeeping operations, according to the latest data published by the United Nations Peacekeeping.

The data showed that Nigeria contributed a total of 2, 170 peacekeeping personnel in 2016.

According to the data, the largest contributors to UN peacekeeping missions are Ethiopia with 8,326, India with 7,471 personnel and Pakistan which contributed 7,161.

Jamaica, Guinea-Bissau, Mozambique, Latvia, and the former Yugoslav Republic of Macedonia, contributed the least with one each.

“They are civilian, police and military personnel deployed in 16 UN peacekeeping missions across the world,” the report said.

It added that the peacekeeping personnel were seconded to work with the UN by member countries.

It said, “They come from nations large and small, rich and poor.

“They bring different cultures and experience to the job, but they are united in their determination to foster peace.”

It said, “Peacekeeping has proven to be one of the most effective tools available to the UN to assist host countries navigate the difficult path from conflict to peace.

“Peacekeeping has unique strengths, including legitimacy, burden sharing, and an ability to deploy and sustain troops and police from around the globe, integrating them with civilian peacekeepers to advance multidimensional mandates.

“UN Peacekeepers provide security and the political and peacebuilding support to help countries make the difficult, early transition from conflict to peace.”

According to the report, UN peacekeeping is guided by three basic principles: consent of the parties; impartiality; and non-use of force except in self-defence and defence of the mandate.

It said, “Peacekeeping is flexible and over the past two decades has been deployed in many configurations.

“There are currently 16 UN peacekeeping operations deployed on four continents.

“Today’s multidimensional peacekeeping operations are called upon not only to maintain peace and security but also to facilitate the political process, protect civilians, assist in the disarmament, demobilisation and reintegration of former combatants; support the organisation of elections, protect and promote human rights and assist in restoring the rule of law.

“Success is never guaranteed because UN Peacekeeping almost by definition goes to the most physically and politically difficult environments.

“However, we have built up a demonstrable record of success over our 60 years of existence, including winning the Nobel Peace Prize.”

Islamic State days are numbered – US