Home News Nigeria Is A Step Away From Failure
News 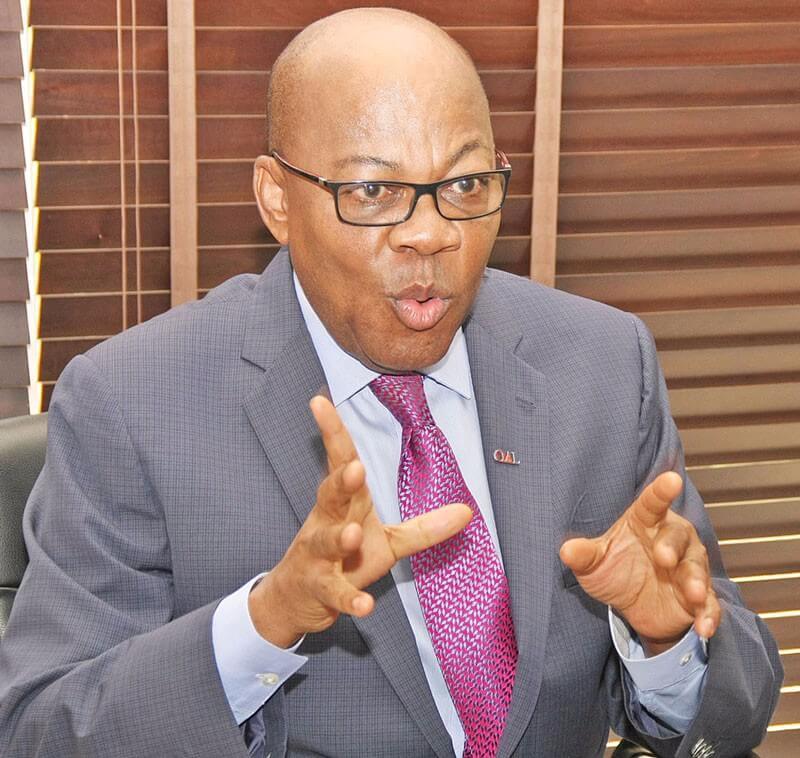 Mr. Olisa Agbakoba is one of Nigeria’s leading Lawyers. He has had a distinguished career in Maritime Law. He has also been a stout advocate of Civil Liberties, Human Rights, and Good Governance. As far back as the early 80s this tall and handsome son of a judge had been at the vanguard of talking truth to power along with others with the setup Civil Liberties Organisation (CLO).

At 65, Olisa who runs a flourishing law practice which is close to 40 years has not slowed down. His is one of the love voices in the wilderness calling for restructuring, good governance, good leadership, return to ethical practice, rule of law and all that ensures social justice.

He is not slowing down on these principles, even as he is aging gracefully. He and a few fellow intellectuals, professionals and new generation politicians have come together to set up a new movement called NIM (a 3rd force) to provide an alternative to the 2 present dominant parties – the APC and the PDP. With the gross failure of the 2 parties to provide good leadership, Olisa Agbakoba and a few like-minds have gone ahead to set-up NIM, which is growing in leaps and bounds, daily, as many young people are joining this group in preparations for 2019 General elections. As a matter of policy, NIM is also mobilizing the youths to understand the precarious political situation we find ourselves in.

A few days back City People Publisher, SEYE KEHINDE, and SUNDAY ADIGUN met with this highly principled senior advocate who is a deep thinker and great mobilizer of men and resources. He is the Director-General of NIM, which puts a lot of pressure on him. He cheers the meetings of the central working committee, which coordinates the activities of all the chapter, across the country. How does he see the state of the country today? How can NIM make the desired impact? What is NIM? Is it a political party in the making? Or is it a pressure group? These and many more were the questions, we asked this man, who everyone (both old and young) simply calls Olisa. And trust him, he dissected every question, and like a judge, he returned the verdict. Nigeria is seriously sick and it needs surgery.

How has it been ever since you started this movement?

It’s been very challenging, anything that is marvel and new and depart from what Nigerian are used to does take time, but happily we’ve been able to stir the waters, you know Nigeria expectation is if not PDP then APC, we then said no there going to be something new, something fresh, something fresh, something that calls more with what goes on in civilised democracy, where there is governance, rule of Law. Democratic experiences, economic development innovation, a country with 180 million people, when we review the electoral map we say “no” this wil not happen on the basis of either the PDP or APC, so there is a need to galvanise the public opinion of Nigerians and create a third force, so that is the birth of NIM.

What is your view on the situation of the country?

The country is dead, completely dead, which field do I talk about, is it Healthcare, is it employment, is it infrastructure, is it electric power, there is nothing working, we have an extremely imcompetent government, potentially the worst government in the history of Nigeria, and therefore it has affected the way in which we would have grown a lot of my friend’s have told me, that if this is the change they had voted for, they would rather have Jonathan, corruption in is time “yes” but money was trickling down, now money is not trickling down and corruption is still there in the so called caucus in Aso Rock, my conclusion about where Nigeria is, is at low grade civil war,

I looked up the index of failed state that is prepare ranking in order of failure, Nigeria is one step from failure which means failed. Warlords have taken over, parts of the country are now no longer under the rule of law, Benue, Plateau, Taraba, Zamfara, the North East, so if the law enforcement agencies, if the President can no longer guarantee and protect lives and properties then that assignment we have on the index of failed is well deserved, but the danger is this, people thinks that an explosion occurs with the signs been visible, as we speak now, there could be an explosion because Nigeria is siting on a inderbox, anyone who throw a match into it, it will blow up, there are no instruments or strong institution to stop Nigeria from going down, the army is weak, the law enforcement agencies are weak, the whole system is weak, National Assembly is weak, the executive is weak, so Nigeria is in a very bad state and needs to be rescued.

Did you ever think, it was going to be like this?
I never thought so, when I go back to my growing up days, things were idealic, things were good, when IBB came in, he took us down, then went through Abacha and went further down until Obasanjo came in, but because of his own personal agenda, he did not unleash the energy and brilliance he had to develop Nigeria, then Jonathan came, took us further down which made it easy for anyone to win, so Buhari won on the basis that we didn’t want Jonathan, hoping that Buhari would now give us a change agenda, he has alterly and hopelessly failed, in fact on the state of plaque in Nigeria, the street should be full of angry people, there should be massive protest everywhere, people are hungry, according to the National bureau of statistics, we are between 30 and 40 unemployed, out of this age range is between 17 and 30 which is where NIM is targeting, there is going to be a Paradigin Shift, people will say NIM how do you have the energy and the resources, this thing takes money then we will say there is a shift, and the shift is this, there is no longer Adedibu, so Amala politics is goine, all these young boys have phones and they can vote without result to the control of the godfathers, they are free and loose.

So NIM’s major and peculiar task is to see how we can earnest the angry wolves to win Ekiti we need about 600,000 votes, that is not difficult to earnest just that no one think it’s possible, look at what is happening in Europe today. Young people are taking over, the paradigin shift of the voting population and technology connected to politics is what we are all about.

What is the major work of NIM?
NIM is what is social movement, social movement is the collection of people who concern about whatever the issue is, so NIM is concern about poor governance, what do we have to do is to consolidate that in the minds of Nigerians, already we’ve started the matters, so the next level is to be able to identify, print a map, an electoral map, and say if we take this portion of the voters then we can make them choose who their leader would be, so in a bid that some would like to take part in politics, NIM would then say, okay we will endorse you, so that is the second aspect of NIM’s agenda, NIM is never going to be a political party.

Why are you not given up this while?

Because I’m interested in what is right and good, but once I see that things are not right, I’m unable to dislodge or dislocate myself I will throw myself in to see what connection I can make, because it would be better for me voice my concern of anger than to sit in my bedroom drinking whiskey and been unhappy, so that is why I’m saying worst case scenerio, some people were asking “What if we don’t succeed”, it is better to try and fail than to just sit down.

Nigeria Is A Step Away From Failure was last modified: March 19th, 2018 by Seye Kehinde

Mission For The Needy Sets To Empower...