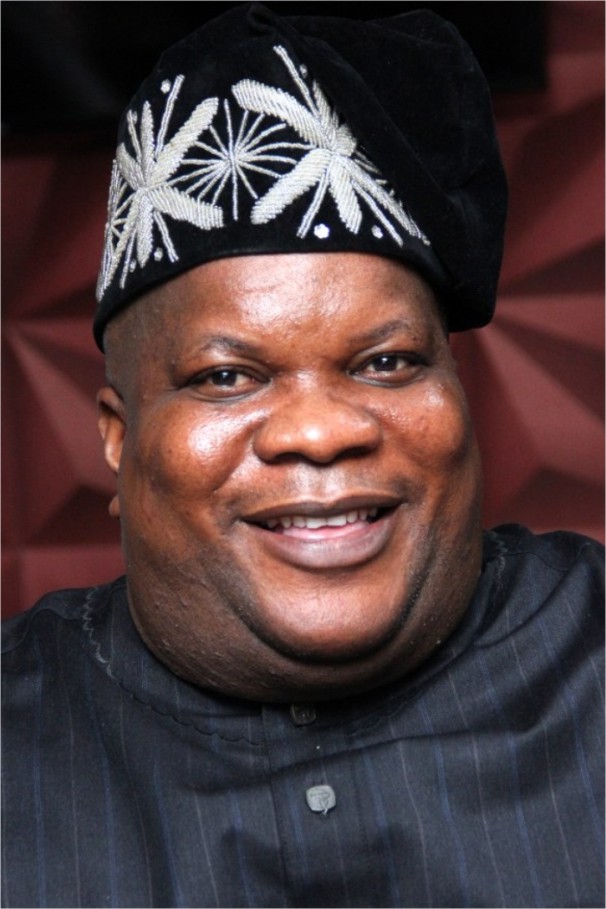 Last Wednesday, 7th April, 2021, Oba Akintunde Akinyemi, the Eselu of Iselu kingdom celebrated his birthday at Conference Hotel, Oke Mosan, Abeokuta. It was a classy event, which started at about 8pm and went on till midnight. The event attracted many big names in Ogun West. Some of the leading traditional rulers from Ogun West  also attended.

The Chairman of the party was a 2-term Governor of the State, Otunba Gbenga Daniel, who the Celebrator has tremendous respect for. There were 3 traditional rulers from Yewaland in attendance too. The Chairman of Wessy Creations was there, so also was a former Ogun Speaker, the Rt. Hon. Suraj Adekunbi, CEO Western Quarry, Wale Saranda, Babalaje of Yewa also came.

It was a gathering of the sons and daughters of Yewaland. Earlier, Senator Tolu Odebiyi, representing Ogun West Senatorial District, in the upper chamber, who is also Vice-Chairman, Senate Commission on FCT, wrote the celebrator a 1 page letter on behalf of his wife Folashade, the entire Odebiyi family and his Constituents in Ogun West Senatorial District to congratulate him on his birthday.

Many of the guests commended the Oba on his leadership role in the ongoing Herdsmen/Farmers clash in his domain. They all described him as an activist, who fights for his people. The Abepa of Joga Orile, Oba Adekeye, spoke, so also was the Oniboro of Iboro, who described him as Akinkanju Okunrin Ogun. He described Iselu as a 1 man battalion. Some others called him, Youthful Kabiyeesi, who fights for just cause. Kabiyeesi Onigbeji of Igbejiland was there.

Many of those who spoke renewed the call for the Yewa Project, which Wessy Creations CEO called The Unfinished Project and the Uncompleted Project. They called on OGD to help push politicians from Yewaland to become Governor. OGD promptly responded by asking them to continue to aspire for what they want. He, however, advised them to stop saying it the way they usually say it, that they want to be Governor simply because Yewa people have never been Governor of Ogun. “You need the buy-in of other senatorial zones.”

Oba Iselu commended OGD for his unflinching support for the traditional institution in the state and recalled all the good things OGD did to elevate the level of that institutions. He cited how he bought Obas cars, the introduction of palace maintenance allowance, how he gave out special allocation, elevated many Obas to 1st Class. “He built Capacity throughout the state, even among the political class. He supported Hon. Dimeji Bankole becoming Speaker of the House of Representatives revealed Eselu. He said all of these had been replaced with what he described as Indirect Slavery which the Obas had been suffering since he left office. He said there must be a stop to all forms of Colonialism & Imperialism. He revealed that he and OGD shared April as birthday months. “His is 6th of April, while mine is 7th of April. I like him and I appreciate what he calls his political sagacity. I respect what you did for the traditional institution.”

READ ALSO: WHY K1 AGREED TO PLAY FOR PASUMA