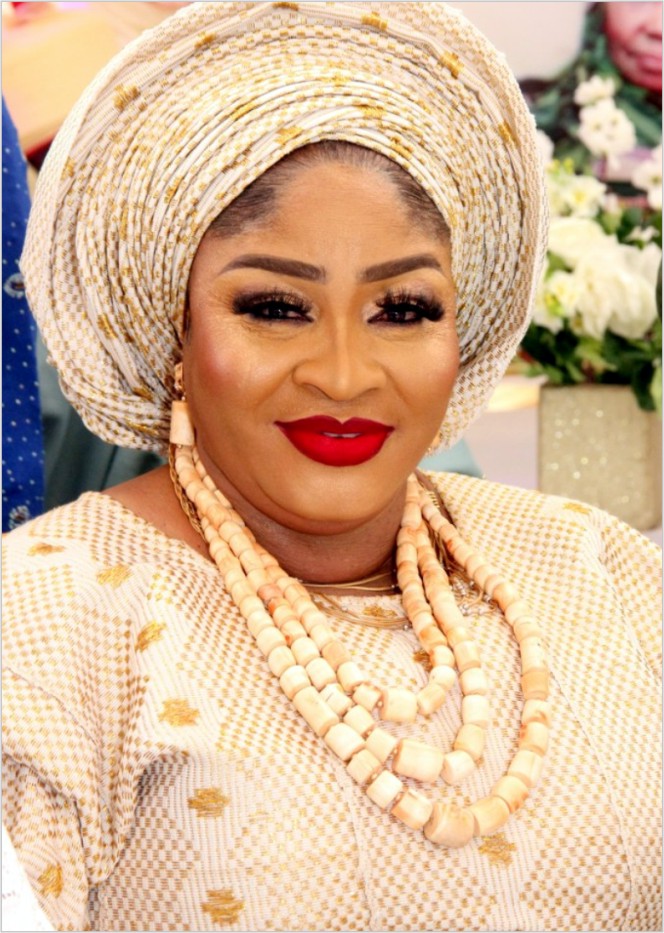 •With The Title Of Iyalaje, Yoruba KANO

•Details Of The Big KANO Event

Saturday 3rd of September, 2022 was a memorable day in Kano, especially among the Yoruba indigenes living on Emir Road in the  Sabon Gari area of Kano State.

It was the day His Highness Oba Engr. Amb. Murtala Alimi Otisese, Adetimirin 1, Oba Yoruba Kano had a grand reception in honor of some eminent Nigerians which include His Excellency, Dr. Abdulllahi Umar Ganduje, the Executive Governor of Kano State, who was recently honoured as Aare Fiwagboye of Ibadanland and Her Excellency Prof. Hafsat Umar Ganduje, who was also made Yeye Aare Fiwagboye of Ibadanland by Olubadan.  The event was also used to officially present certificates to confirm the title holders from the office of the Oba, both recently installed chiefs and those installed few months ago. The governor, in company of his beautiful wife handed over certificates to the chiefs respectively.

The Chairman of the occasion, Senator Kola Balogun delivered welcome address, in his address, he congratulated the governor and his wife on their tittle as Aare Fiwagboye of Ibadan and Yeye Aare Fiwagboye of Ibadanland given by Olubadan. He also thanked the governor for the peaceful co-existence between him, the Yoruba Oba in Kano and the entire people, both indigenes and non-indigenes in the Stare.

Chief Mrs. Folashade Ojo, Iyaloja General was present too. When introduced, the slogan “Emi lo kan, awa lo kan, Tinubu lo kan choruses filled the atmosphere as they all threw their heavy weight support for the APC Flag bearer, Asiwaju Ahmed  Bola Tinubu for the 2023 Presidential election. In her goodwill message, she congratulated His Excellency, his wife and the new chiefs on their new title. She also commended the governor for his exemplary leadership and also thanked his government for their  total support to the Oba Yoruba in Kano and the other ethic rulers in the state.

Barr. Nureni Jimoh (SAN), Rev. Adeolu Samuel Adeyemi CAN Chairman Kano and Her Excellency The First Lady of Kano State, Prof. Hafisat  Abdullahi Ganduje (Yeye Fiwagboye of Ibadan Land) were not left behind as they all appreciated the Governor for his support.

The Council of Obas, Northern State were all present at the occasion. Rain of cash fell on Ajobiewe, the poet, as he entertain the guests. musicians were not left out too, Asiwaju Samson Shilo Band, Chief Muyideen Akanji Laredo and Toyese Akani Malika all dishes quality songs to thrill the host and guests,

Meet The All Female Bouncers Celebrities Use At Parties