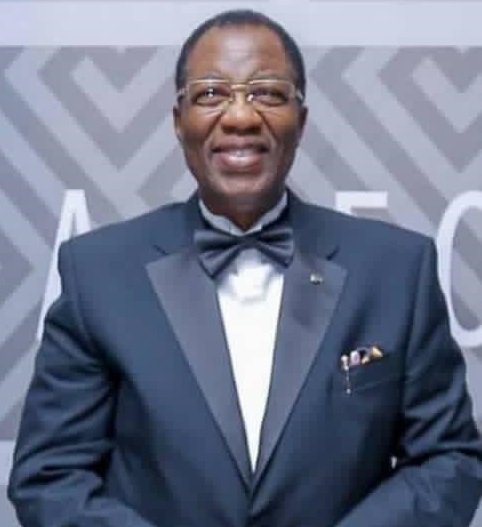 It is no longer news that former Ogun Governor, Otunba Gbenga Daniel is contesting for the Ogun East Senatorial slot, come 2023. We can tell you that authoritatively. Although he has not made any formal declaration, everything points in that direction. And for him, it promises to be an easy win, for so many reasons.

Let’s tell you a little about it.
A few weeks ago when he began his Foundation’s (GFF) empowerment programme and commissioned the Gateway Movement Office in Omu Ajose Ijebu, he appeared to have set the stage for a new political calculus in the contest for the Ogun East Senatorial District.

Some political analysts are speculating that he might be planning to shift his political base from Remo and run as an Ijebu man.

Of course, the man everyone calls OGD is blessed on all sides of the contest. He is a Remo-Ijebu man. Facts of History and ancestry also supported his claims to being a total Remo-Ijebu man. And this is complemented by his efforts and performance while he was Governor of Ogun State for 8 years. As a Governor, OGD touched practically everywhere in Ogun State evenly and massively. This gives him the one great advantage to legitimate claim to several locations.

For instance, OGD built his first Country home in Ijebu Ode in 1991. That is over 30 years ago. It was in that same house (Otunba Obalofin’s Court) in Ijebu Ode, that he rolled out and handed over several Highlander Jeeps for Coordinators of his Gateway Movement, a few weeks ago.
Many do not know that the Otunba Obalofin traditional title which was conferred on OGD by the Awujale of Ijebuland, HRM Oba (Dr.) S.K. Adetona, CFR is from his maternal ancestry of the Jadiara Ruling House, which is part of the larger Fusengbuwa Ruling House in Ijebu where the likes of Olori Omoba Olasubomi Balogun also comes from.
This means OGD can legitimately lay claim to his Ijebu ancestry.

It is also in the public domain that OGD’s mother, Princess Olaitan (nee Mabadeje) is from Omu in Odogbolu Local Government with networks through IBIDO, Igbile, Jobore to Irete known as Omu Ajose community up till Ibefun, all in Odogbolu in Ijebuland.

From his father’s root in Makun Agbele which is now part of Sagamu local government, OGD is a core Remo man. The same Makun in Sagamu is also networked with Makun Omi in Ijebu waterside.

By accident of birth, History and ancestry OGD can be considered one of the luckiest politicians of Ogun East extraction; a thoroughbred Ogun East personality who can legitimately lay claim to no fewer than 4 out of the 9 local governments within the Senatorial district.

However, beyond these facts of history, the issue of quality representation at the National Assembly is by far more serious in Ogun state than those artificial lines of division. It is clear that OGD is coming to the table with records of performance, social and political networks that could attract developments to the whole of Ogun East.
This is why his entry into the race is definitely going to ruffle feathers because he is coming with an intimidating profile that is difficult to march.

What Does It Mean To Be A Nigerian Political Delegate?