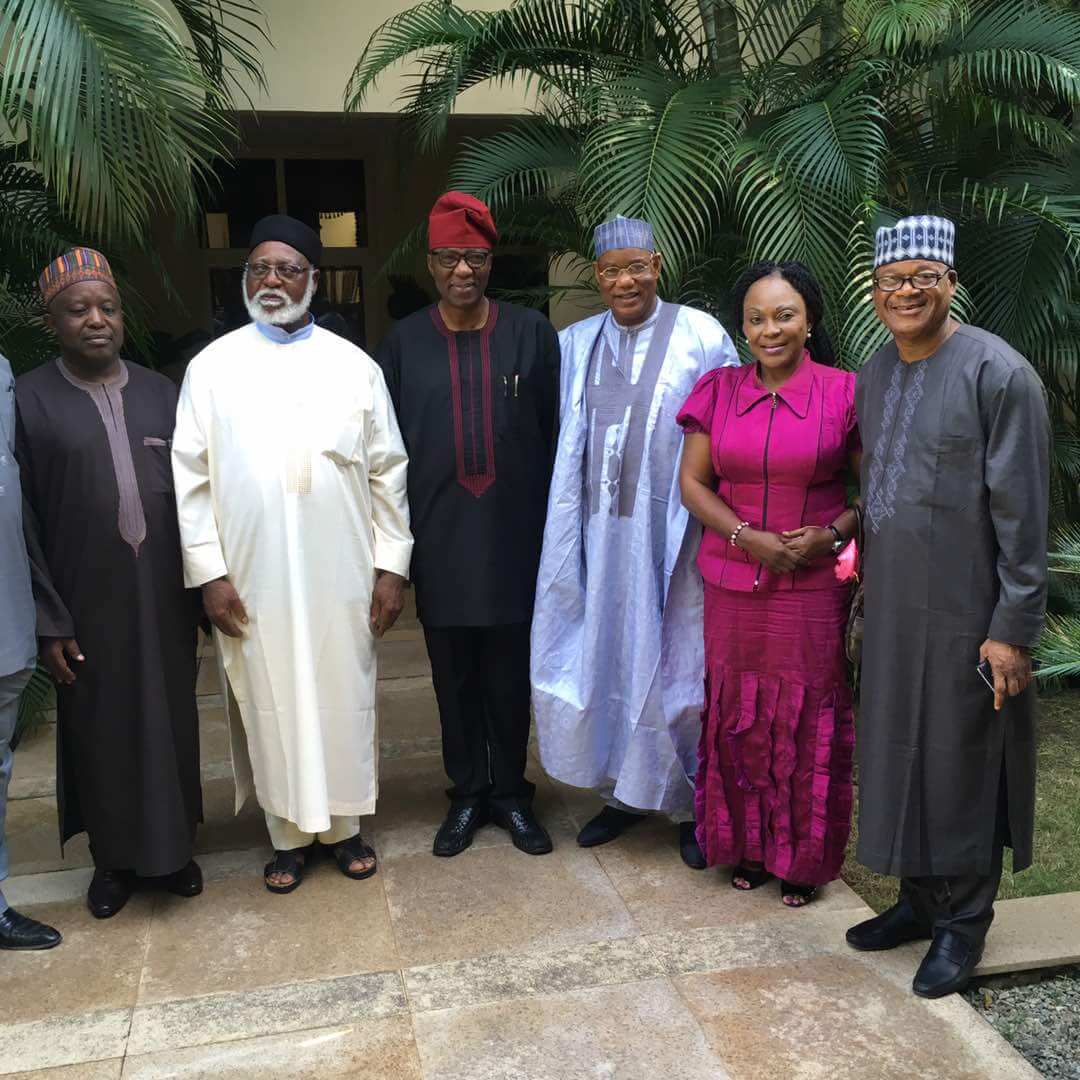 Former governor of Ogun State, Otunba Gbenga Daniel, with former Military President, General Abdulsalam Abubakar, and others when he visited the former Head of State recently in furtherance of his aspiration to become the National Chairman of the Peoples Democratic Party (PDP).