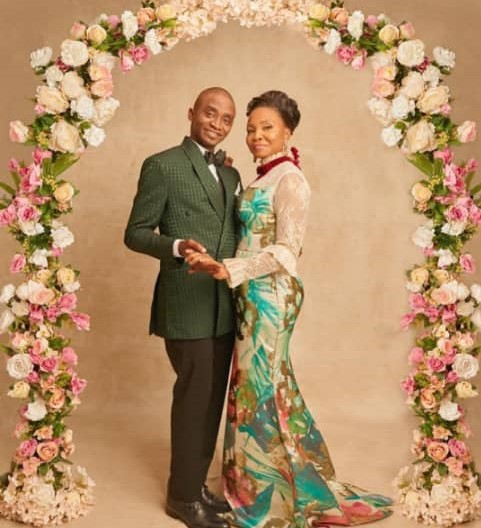 •50 Ladies Who Made Fashion Statements At The Party

It was a 2-days fairytale birthday for Mrs Tayo Fakorede, the pretty wife of Oil Magnate, Aare Bashir Fakorede penultinate weekend as many Lagos celebrity women of style all stepped out for one of Lagos hot couples who are not only rich, but also sophisticated and influencial.

The Fakoredes who are known not to do things in small measure are one of Lagos celebrity couples who never make so much noise about their achievements but they are big in every sense of it. Aare Bashir Fakorede, the brain behind Bash Oil stood behind his wife of over 20 years as she celebrated her golden jubilee.

It was not just an array of super rich big boys, many celebrity women honoured the Fakoredes at the 2-days birthday ceremony that many celebrities haven’t stopped talking about many days after it took place.

Many of those who know about the high octane event but weren’t opportuned to be at the party haven’t stopped following the Hashtags “Tk@50′ and #tayfak@50” to catch  a glimpse of the 48 hours birthday that paraded the shakers and movers of Lagos.

Of course it is not the first time the Fakoredes will be having a party, they are known for holding classy gigs anytime they are celebrating. The business mogul and Chairman of Bash Oil, Aare Bashir Fakorede who has invested heavily on Petroleum, Oil & Gas business has been a successful business man at an early age. He is also a business man with well established organization known mainly for Oil & Gas marketing which he has taken to the next level. This has propelled him to stand out as one of the largest dealers in Oando Marketing Plc.

The petite, delectable and beautiful Mrs Tayo Fakorede’s beautiful  photoshoot flooded the social media space few days before her birthday. Many couldn’t help but admire her look as you could mistake her for a woman who is 20 years younger. If not for the tiny grey hair and her well grown up children who surrounded her, one would have asked if she was actually in her 30s.

She was the Chief Host at her 2 days birthday. In the company of her handsome hubby who complemented her in good look and brain, they pulled a nice party and many of her friends came out in large number.

Don’t forget that Mrs. Tayo is the MD of Bash Oil while her husband plays the chairmanship role, and she also runs other businesses. She is known for her unique and exquisite jewelries and timeless laces which she rocks to parties.

How did the celebration started? Who are the celebrity women who made fashion and Style statement? Who jewellery made heads turn?

One of those who made heads turn at the 50th birthday bash was the celebrant herself. Those who know Mrs Tayo Fakorede know she doesn’t do her things in half measure. She didn’t disappoint her guests and friends as she was the center of attraction of her 2-days party. She stole the show at her 2-days birthday. From the Ige Premier which was a true life story of her husband to her grand finale, she made heads turn in her direction. Even her hubby couldn’t take his eyes off her for a second. Her choice of attire was a special design from number 1 aso oke celebrity Vendor” Bimms24″. It was a Burgundy Aso Oke matched with her well wrapped Headgear from “Onigele” while her faceplate was from number 1 Nigeria makeup artist, “Bmpro”. She shone like a star that she is as she walked like a princess beside her hubby. Nobody would have expected anything lesser than diamond on her neck. Her choice of full stoned diamond cut mixed with 18carat was perfect for the asooke while her coral bead complemented her look.

Many watched with admiration as her husband held her hands. What do you expect. The Fakoredes are always like newly wedded groom and bride. They were fully on ground to welcome their guests themselves.

While many were busy admiring the celebrant, Mrs Folashade Okoya walked in like an angel with her younger daughter, Oyin Okoya. Mrs Shade’s Luxury Lace was beautifully transformed to fit her figure 8 shape while her diamond chandelier earrings was perfect for her attire. She was one of the side attractions of the night. She enjoyed the event with Alhaja Kuburat Akube, another Lagos society woman.

What about Olori Aramide Elegushi? Her fashion sense can’t be compared. She has maintained her status as one of the most stylish queen. Her look for the 2-days event made heads roll. Olori Aramide doesn’t settle for less. When she is at your party, you must be sure that she will add class and glamour.

What about Mrs Olaide Olohunwa and her bestie, Alhaja Iya Musa? If you know them you will know they never do their things in half measure. Mrs Olaide is the biggest Senegalese merchant in Lagos. Her natural ponytail wrapped hair complemented her Caramel skin. Iya Musa, the popular Daleko Rice merchant’s 18carat gold was point of attractions.

What about Mrs Fakorede’s adopted daughters like Bimms24 and Bazqot? You can call them part of the chief host. Mrs Taiwo Elegushi who runs Bazqot Fabrics and Bimpe Bimms24 were cynosure of all eyes too.

Do you know Kiks Fabrics, Alama4real and Princess Bisi also made it to the event?. Mrs Funmilayo fondly called Alama4real in Lekki looked stunning throughout the night. So also is Hajia Bisi, the daughter of late Olori Amosha Akinloye. She is very close to Mrs Fakorede.

Do you know Yeye Asabi Saranda also made it for Fak at 50? She was cynosure of all eyes as well.

It was an array of Nollywood stars too at Tayfak at 50. Toyin Abraham who is the god daughter of Mrs Tayo Fakorede invited many of the big Goons to the event. Adediwura blackgold, Dayo Amusa, Wunmi Marshal, Jaiye Kuti, Kehinde Bankole, Toyin Abraham Queen Warina and the main casts Abdullateef Adedimeji and Mo Bimpe were part of the casts who made huge fashion statement.

A grand dinner was later held at the Lagos mansion of the celebrant. It was a night to remember for many guests as the King of Fuji, King Wasiu Ayinde Marshal thrilled guests. A destination birthday will be held soon with close friends in attendance.

The Story Of My 25 Yrs With Popular Lawyer, BOLAJI AYORINDE – Ex-P.A NIYI OGINNI