Home International What Osama Bin Laden told me before he was Killed – Wife, Amal
International 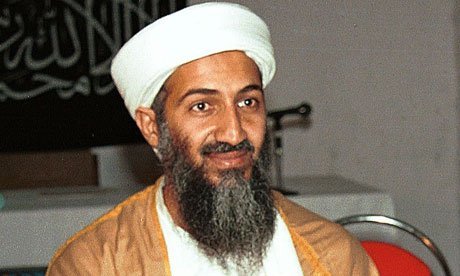 Wife of the late leader of Islamic terrorist group, Al-Qaeda, Osama Bin Laden, Amal Bin Laden, has revealed the last words of her husband before he was killed by American soldiers.

American SEAL Special Forces had on May 11, 2011, killed Bin Laden in his ‘safe house’ in the mountains of Abbottabad in Pakistan.

Amal bin Laden recounted the event of the day in the book, Exile: The Flight of Osama bin Laden, Daily Mail, UK reports.

Narrating the event of the night, Amal said after dinner, the dishes, and prayer, bin Laden was fast asleep while his fourth wife lay next to him.

“Outside, the streets were dark due to an electricity shortage, something that was a common occurrence in the area”.

Amal disclosed that she heard a “chop chop chop sound and thought she saw shadows dancing on the windows. Bin Laden sat up, looking frightened.”

Quoting Bin Laden, Amal said, “Americans are coming,’he said, panting. Then there was a loud screeching noise and the house rocked.”

What Osama Bin Laden told me before he was Killed – Wife, Amal was last modified: May 23rd, 2017 by Arinze Ago

How Atiku Abubakar’s wife, Titi was defrauded of N918 million by PASTOR