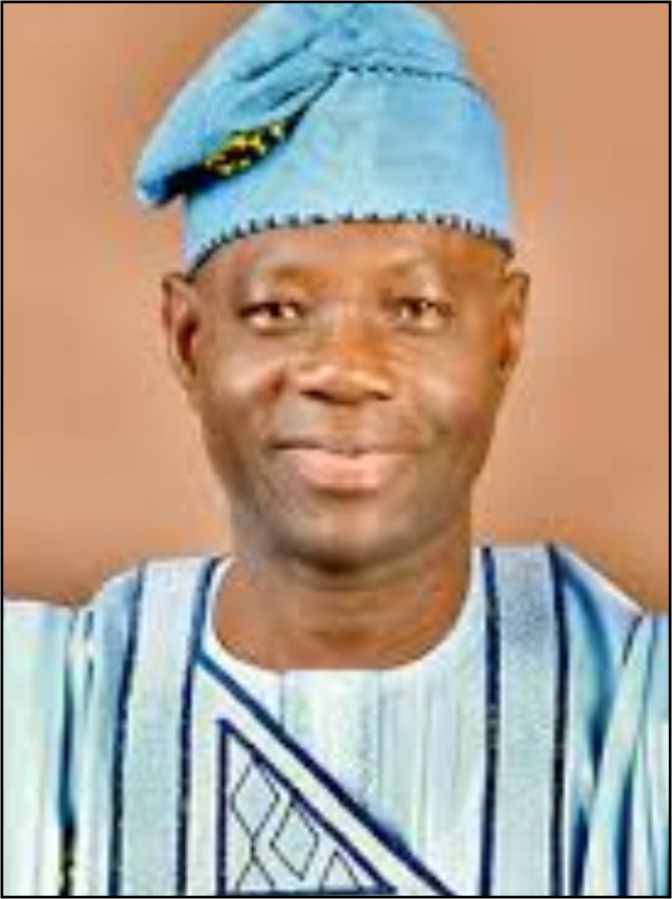 The Executive Chairman of Oyo State Universal Basic Education Board (SUBEB), Dr Nureni Adeniran has joined the Oyo South Senatorial race. And that is authoritative.

Adeniran made his intention to contest the senatorial seat known a few weeks ago. The SUBEB boss, during his official declaration at the Molete Secretariat of the Peoples Democratic Party (PDP), said: “The reason I’m coming out to contest is to avail the people of the senatorial district of my service to provide quality representation and to let them see an established feedback mechanism which is supposed to be between the constituents and their legislator. I will also contribute to the growth of infrastructure in the senatorial district, to assist what the Oyo State Government is already doing in the area of education, health and other infrastructure facilities.” Interestingly, Nureni Adeniran will be battling the incumbent senator in the zone, Dr Kola Balogun for the ticket.

Kola Balogun, it would be recalled, took many by surprise when he defeated the late immediate past governor of the state, Senator Abiola Ajimobi in the race in 2019. But now that Nureni Adeniran has decided to join the race, both men have to either agree to a consensus or go to primary. Though Governor Seyi Makinde has advised both aspirants to adopt a consensus arrangement instead of primary. Each of the aspirants, according to the governor, will spend not less than #100m on the primary. Makinde was quoted to have said that if the consensus arrangement failed, the two aspirants should go for primary to produce the party’s candidate for Oyo South senatorial district.

Before now, there have been all kinds of rumours and predictions as to who gets a PDP ticket in that Senatorial District. While some were almost certain that the serving senator, Kola Balogun will be returned as the party’s candidate for the zone, others argued that the senator has performed below expectations and may not get the support of his constituents. In fact, there was a time he’s said to have been seriously revolted against by some party members of the zone. Those who see him as an accidental senator.

A statement credited to One Comrade Adedokun Sunday, from Eruwa, in Ibarapa East Local Government Area of Oyo State, described Kola Balogun as an underperforming senator, who doesn’t deserve to be in the Upper Chamber. “The performances of Senator Kola Balogun at the upper chamber of the legislative arm is not worthy of being a Senator of the Federal Republic of Nigeria (sic). Amidst the three senators we have in the state presently, he’s the least performing figure. Should we agree that inexperience is cogently undermining the better performance of that senator? “The senator has been underperforming, and also neglected the people of Ibarapa in his administration (sic),” Sunday had said in the statement.

There is also the question of popularity raised against both Balogun and Adeniran in some quarters. Some political watchers in the state want to believe that both Nureni Adeniran and Kola Balogun do not possess the required political clout and popularity to face the opposition in the main election. Hence the insinuation that Governor Seyi Makinde may trade both Adeniran and Balogun for a bigger and more popular aspirant it needs arises. And that will definitely make the PDP ticket for Oyo South Senatorial District very interesting.

READ ALSO: HOW I WAS GIVEN THE NICKNAME, OZOGULA IN ABEOKUTA – BUKOLA OLOPADE

How I Was Given The Nickname, OZOGULA In ABEOKUTA – BUKOLA OLOPADE

Why Gov. SANWO-OLU Will Surely Get 2nd...