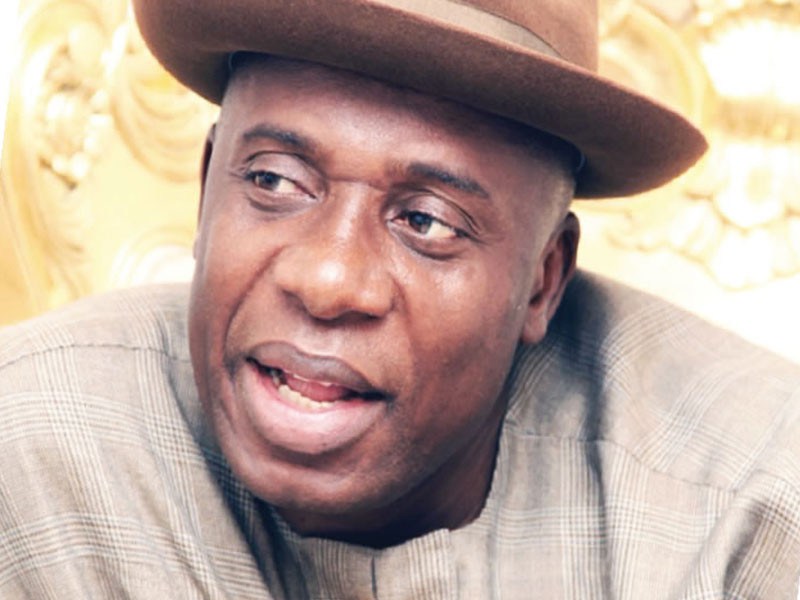 The minister of transport, Rotimi Amaechi says corruption would return automatically if the Peoples’ Democratic Party (PDP) returns to power.

Speaking to journalists in Abuja on Thursday, February 15, 2018, Amaechi said the PDP is not hungry for power but money.

“If we don’t win, corruption will come back automatically,” Amaechi announced.

“The way it will come back because the people (PDP) are out, they have been out for four years. They have never been out of government before. PDP never left government so now they are hungry, not hungry for power.

“In fact if you tell them that I want to keep power and I will give you money, they will say take power and give us the money,” he added.

The minister said Nigerians expected too much from the Muhammadu Buhari-led government.

“The problem was expectation. In fact, the president got worried and he called me and said ‘Amaechi go and reduce the expectation’ and I said ‘Oga I’m not a magician’.

“If we are not borrowing to pay salaries, it means we are generating our own money. I hope Nigerians remember under the past government oil was at $110, $120. But when we came oil was $58 per barrel.

“The highest that we have gotten is the mistake that happened in the last two weeks that it rose to &70 or 80 after one day it came down to a little over $50, instantly,” the minister said.

Amaechi admitted that the APC has made some mistakes but expressed optimism that the party would deliver on its mandate to Nigerians if reelected.

“Are we perfect? No. Have we made mistakes? Yes. Can we overcome the mistakes, we have made? Yes. Can we surmount the challenges we met in the office? Yes. But again we need more than four years to do that,” Amaechi announced.

When asked if the President has appointed him as the director-general of his campaign, Amaechi said: “That question is for the President to answer not me”.