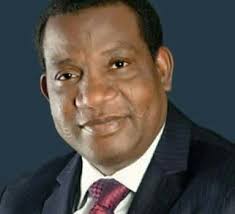 In a bid to curb gender violence and engage women in security and peace building, the Plateau Government is seeking partnership with the Christian Association of Nigeria (CAN).

Mrs Hassana Ayika, Permanent Secretary, Plateau Ministry of Women Affairs and Social Development, made this known during a courtesy visit to CAN Office in Jos on Monday.

Ayika said that CAN was a critical stakeholder in building morals.

“ Religious organisations play very vital roles in enlightening their followers on societal ills and their consequences.

“We want to hinge on this to seek your support in curbing gender violence in the state.

“We also seek the support of CAN in the implementation of the Plateau State Action Plan (PSAP) on the Peace Architecture document.

“The PSAP is a United Nations-supported document that acknowledges the significance of women in ensuring peace in their communities,’’ she said.

The Peace Architecture is a security document in line with the UN Security Council Resolution (UNSCR) 1325, which borders on gender parity at all levels of decision making.

Ayika said that the UN resolution 1325 exposed the gender impact of armed conflict and also challenges the traditional parochial system which excludes women’s voices in achieving and sustaining peace and security.

The permanent secretary added that the resolution also sought protection of women from sexual violence.

“The provisions of the resolution acknowledge the experience and contributions of women and girls in conflict prevention and post-conflict peace building, “ she said.

In his response, Rev. Soja Bewarang, CAN Chairman in Plateau, said that the organisation would support efforts to sustain peace.

Bewarang, who was represented by his vice, Bishop Ibrahim Chindo, said that women had great value.

“If women were given this opportunity earlier, we would have been 100 years ahead by now,’’ he said.

The chairman said that the CAN would support implementation of the state’s action plan through prayers, counsel and constructive criticism.

READ ALSO: WHAT I MISS MOST ABOUT LIFE AS A BROADCASTER – VETERAN FEMALE NEWSCASTER, RUTH BENAMASIA-OPIA

Plateau Govt Partners CAN To End Gender Violence was last modified: May 21st, 2018 by Damilare Salami

How LAGOS State Has Been Creating Wealth & Jobs