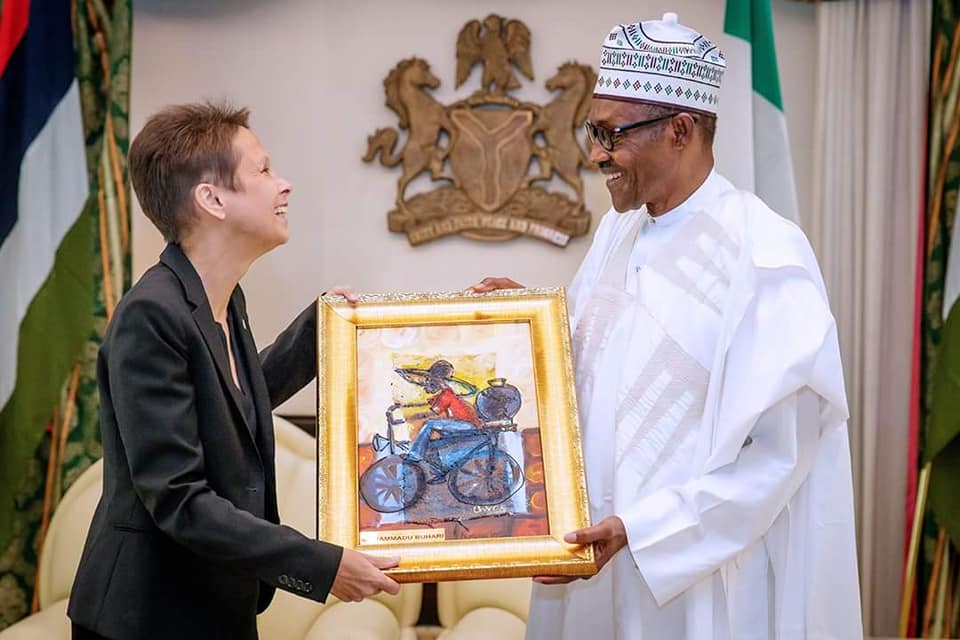 President Muhammadu Buhari Friday in Abuja lauded the Republic of France for its commitment to strong regional cooperation in the fight against cross-border crime and terrorism.

Speaking at a farewell audience with the outgoing Ambassador of France to Nigeria, Denys Gauer, President Buhari appreciated the roles and contributions of the French government to peace, security and stability in countries in the West and Central African region.

The President noted that Nigeria has placed the issue of combating terrorism in the region on international agenda and has received support and solidarity from France in the area of training, information, intelligence sharing, technical and equipment support.

According to the President, at the regional level where Nigeria is conducting joint patrols with neighbouring countries under the Multinational Joint Task Force, France has continued to encourage regional cooperation among Nigeria’s francophone neighbours aimed at addressing the security challenges and humanitarian conditions in the area.

The President also used the opportunity of the farewell visit to formally congratulate France for winning the 2018 FIFA World Cup in Russia.

‘‘The victory is very important and historic for the country and I think it has raised a lot of positive optimism for French citizens,’’ he said.

Recounting the recent visit of President Emmanuel Macron to Nigeria, President Buhari said Nigeria and France would continue to maintain cordial relations and improve economic, cultural and political relations for the mutual benefit of citizens of both countries.

The President also received the outgoing Finland Ambassador to Nigeria, Ms. Pirjo Suomela-Chowdhury, during which he underscored the Finnish government’s support to gender and educational issues in Nigeria.

In his remarks, the French Ambassador, harping on the positive trends in Nigeria’s economy, said more French companies have indicated interest to do business here.

He said the French Agency for Development (AFD) which opened an office in Nigeria ten years ago, has provided a total of 2 billion dollars facility for projects in the country.

On cultural ties, Gauer said France has concluded arrangements to establish a cinema school in Lagos and some museums around the country in addition to formalizing an agreement on film production.

The Ambassador said he would always keep fond memories of Nigeria and wished the country successful elections in 2019.

In her remarks, Ambassador Suomela-Chowdhury told the President she enjoyed her stay in Nigeria and would continue to promote Nigeria-Finnish relations.