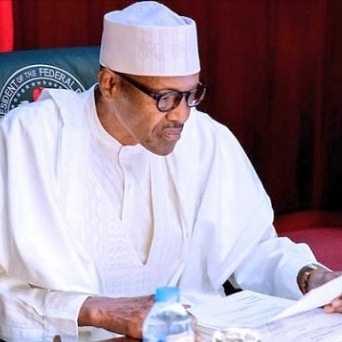 President Muhammadu Buhari has expressed deep condolences to the family of Alhaji Sale Hassan, who was until his death, an elder of the All Progressives Congress, APC, in Plateau State.

The President described the late veteran politician and community leader as “a tireless campaigner for peace in Plateau State and the entire country, who remained energetic until his final days. His legacy will remain with the nation for a long time.”

According to President Buhari, “The greatest tribute the people in this country can pay to the late statesman is for all of us to strive for sustainable peace in all our communities.”

He prayed to Allah to give Alhaji Hassan’s family, the Jos community which he served till his last breath, and the government and people of Plateau State, the fortitude to bear the loss.