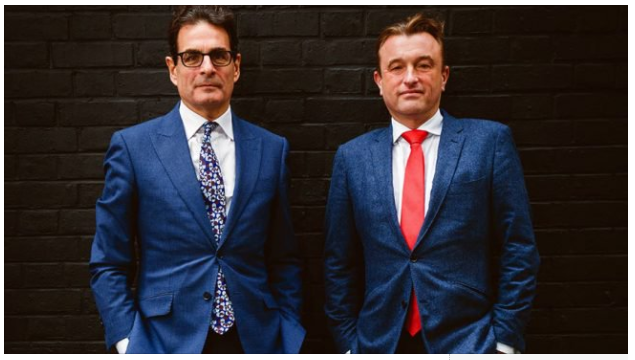 The company has now gone under before the expiration of the contract.

Newsmen understand that the business deal, which was officially documented in May 2019, was entered for the Federal Republic of Nigeria on behalf of Dayo Apata, solicitor general of the federation.

Apata has been contacted for comments.

Documents obtained by TheCable stipulate the actual payment for the service as £21,600 (N8.5 million at current interbank rate) to be paid per month on a one-month notice period.

TheCable obtained copies of exhibits to the registration statement filed before the US Department of Justice (DOJ) pursuant to the foreign agents registration act (FARA) of 1938, as amended.

In its ‘Exhibit A to registration statement’ dated May 2, 2019, a copy of which was obtained by Journalists on Wednesday, Pagefield Global listed the “Federal Republic of Nigeria” as the foreign principal the company entered the agreement with.

The exhibit B, with the same registration details noted, however, that the contract was not documented in writing.

It said: “There is no written contract between the parties. Our understanding is that we will be paid £21,600 per month by the Federal Republic of Nigeria, on a one month notice period.”

In the description of the activities required, Pagefield stated: “Public affairs and public relations advice and monitoring, undertaking outreach and relationship building with various stakeholders and the media in connection with legal disputes that the Solicitor General is conducting on behalf of the Federal Republic of Nigeria.”

The company confirmed that “the activities on behalf of the above foreign principal include political activities as defined in Section l (o) of the Act.”

Although the statement listed May 31, 2020 as the expiration date, checks by Newsmen revealed the company shut down in early September.

PR Week, a leading online PR platform, reported the closure on September 11. It quoted a spokesperson of the company, founded in 2017, as confirming the incident.

The firm was co-founded by Mark Gallagher and had Oliver Foster as chief executive, Sara Price as
founding partner and Gráinne Warner as finance director.

Among their clientele were British Airways, University of Warwick, Hugo Boss and Santander Bank.

The Last Interview Of OLOWORO Of OWORO...