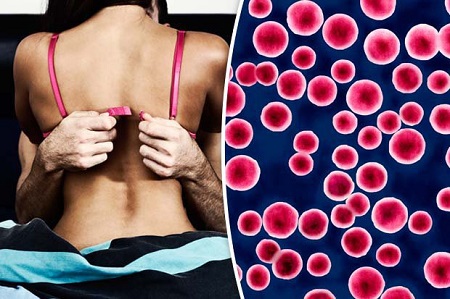 A sexologist in a new study has revealed that if you get involved with a particular type of sexual act, your possibility of getting pregnant is nil, as well as contact with STDs.

Aside from religious reasons, for many people, two things keep them from indulging in sex: fear of pregnancy and the possibility of contracting sexually transmitted diseases.
However, a sexologist is saying that if you practice a particular type of s*x act, your possibility of getting pregnant is nil, just as you can’t contact STDs therefrom. Wow!
It’s known as astral sex!
Sex is described as many things: Good, mediocre, bad, earth-shattering, etc. Rarely though is it described or likened to an “astral projection.”
Simply put, an astral projection is an out-of-body experience by another name.
Habitually, the astral projection will occur during those moments between sleeping and waking and may feel like either flying or falling, shortly before being jolted awake.
However, it is now believed that this projection can be combined with sex.
How astral sex works
According to astral projection specialist Steve Jones, you can train yourself to experience an out-of-body moment whenever in the moment.
Steve believes that a couple having out-of-body sex doesn’t actually equate to physical intimacy.
What it does apparently equate to is two people’s souls being penetrated. Its purpose isn’t about procreation nor can STDs be passed between people.
“You both get into your astral bodies and move together,” Steve explains.
“You find that you can become much more intertwined in the astral body than you can in the physical body.”
He adds, “Feedback is very important during sexual intercourse and that’s sometimes lost in the physical world. But in the astral world, feedback is automatic, because you’re seeing their soul.”
It would also be impossible to fake anything with astral sex.