Home News The Science Student “OLAMIDE”, Treading the Path of His Ancestors
News

The Science Student “OLAMIDE”, Treading the Path of His Ancestors 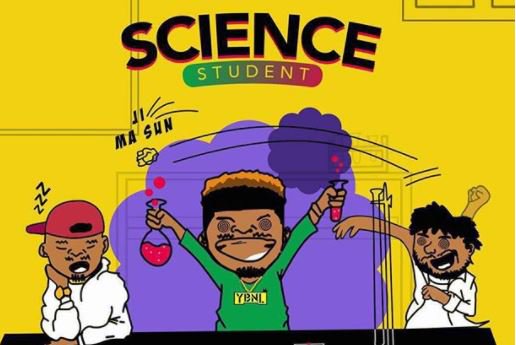 Since I watched Olamide’s online comments on his latest song “Science Student”, I see in the eyes of this young man one, who is treading the path of his predecessors. I see in him a newborn and a new evolution of a yet to be unveiled music genre.  Though unlike his predecessor ABAMI EDA, Fela Anikulapo Kuti who acted as the mouthpiece for the downtrodden and used his  music  to confront  the government on  different social  issues that affected the populace  ie  Light, Food, Water, Bad Governance, Political Malpractices, Religion exorcism, etc  many of  Olamide’s songs solely focuses on youths juvenile delinquencies.

The song Science Student talks about different drug mixture among the youths in the society.  He carefully describes in this song the abuse of some of these substances which usually are turned to concoctions and by so doing encourages different illicit social behaviors.

After different contradictions this song earlier generated on social media, Olamide recently cleared the airwaves on this song and said the song is very hilarious and that it is his own way of contributing to the society as a musician, by recounting the many happenings among the youths and hence discourages drug abuse.

What I find most interesting about this piece of music is that only the deep can call out to the deep. Let us enjoy part of the lyrics:

Ganiya is this you that I am seeing, you that your mother sent you to school at Harvard

Khadija is this you I am seeing, you that your mother sent you to school at Harvard

Without mincing words Olamide is reflecting different antisocial behaviors in today’s generation and what becomes of young boys and girls after they take many of these substances. He subtly describes how tramadol a pain killer tablet is been severely abused with its excessive consumption.

Now to the most attention-grabbing, Olamide is a brand ambassador of some corporate organizations in Nigeria. Olamide’s song is a most play in many radio and television station across the nation. At parties ie marriages, weddings, etc his songs are Dj’s favorite. Anytime I attend weddings and birthday parties it is an interesting watch to see respectable and highly influential elders Taka Sufe( Whistle ) and at the slightest opportunity they get to the highest level of ecstasy  and then  you will see them suddenly adjusting their Agbada’s . The youths on the other hand indulge in different epileptic dance styles.

Ha!! Is Olamide a Science Teacher or a Science Student? Time will tell.

The Science Student “OLAMIDE”, Treading the Path of His Ancestors was last modified: January 23rd, 2018 by Ajike's Column