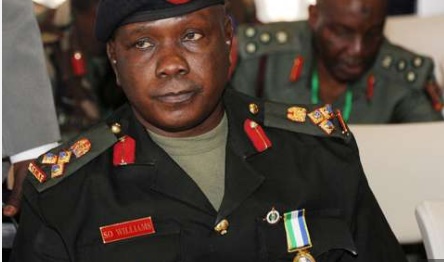 Family and police sources have confirmed the shooting dead last night of the former chief of defence staff of Sierra Leone at his home in the outskirts of the capital Freetown.

The motive and circumstances behind the killing of Lt Gen Samuel Omar Williams remains unknown.