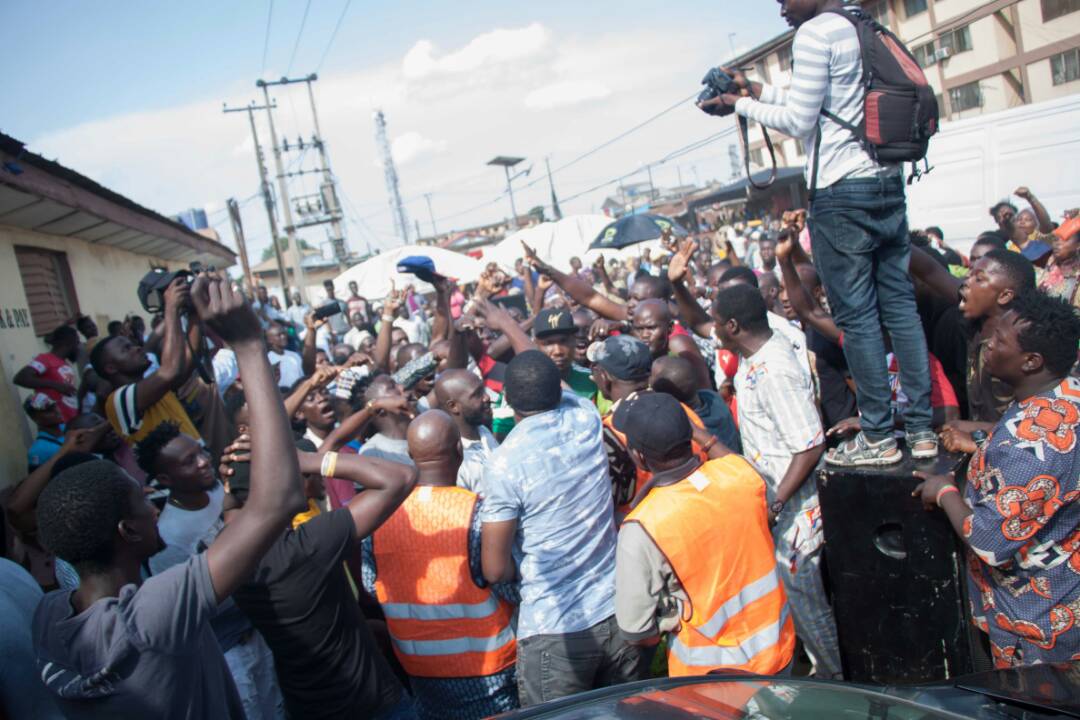 Politics, they say, is a dirty game but the dirtiness in the game gets more pronounced when the “powers that be” determine who emerges winners of a poll irrespective of the true outcome or the will of the masses.

This is the true picture of the APC primary polls across Lagos especially in Ward A, Ojodu LCDA where proceedings was monitored by a media team from beginning till end. It will be an understatement that a political party that has been trusted by majority members of this community have betrayed the hope of the masses and watered down the essence of democracy all in the name of satisfying those who are obviously only interested in their own selfish interest at the expense of the entire community.

The councillorship primary election that took place between Olatunji Kogbodoku and Opeyemi Apatira had been expected to generate violence by observers who had thought that Mr Apatira’s fans were just a few ambitious youths who didn’t know the essence of leadership and politicking but everyone was amazed when both the old and young alike gathered to show their solidarity and support for Mr. Apatira. It was at this point it became very obvious that if true democracy is practiced at the grassroots then the will of the masses would be allowed to reign.

At the polls, Mr Kogbodoku went at large showing that he had lost confidence in his supporters and while the electoral officers announced his name, he was nowhere to be found without any prior notice to the electoral officers and any tangible reason. It was on the premise the electoral officers raised the hands of Mr Apatira who was not only present but also had virtually everyone present numbering into hundred card carrying members of APC solidly behind him, chanting his name and singing his praise as the only man who could bring the expected change and make the people feel the impacts of democracy in Ward A, Ojodu LCDA. 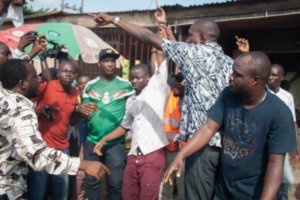 SEE ALSO: SEE HOW THE ENTIRE “WARD A” COMMUNITIES STOOD BEHIND APATIRA OPEYEMI DURING APC PRIMARY IN OJODU LCDA [PHOTOS]

Havng said that, this overwhelming crowd equally followed up their mandate to the LG secretariat to ensure that there was no manipulation but unfortunately and then end result did not show that there is any display of democratic processes as the unpopular Kogbodoku has been declared as APC’s councillorship flag bearer in the ward.

Members of the ward while speaking with journalists expressed that “Lagos state commissioner for women affairs and poverty alleviation, Lola Akande has once again proven to the world that she doesn’t understand the power of the people having gone against the will of the majority to allegedly impose her godson, Olatunji Kogbodoku on the citizens of Ward A,” Ojodu LCDA after every attempt to make the people’s choice, Mr Opeyemi Apatira bow to pressure had failed.

It is on this note the entire that ‘Ward A’ Ojodu LCDA members have come out to cry foul and have sought the assistance of true democrats in the country to help fight this injustice and uphold the mandate of the people.