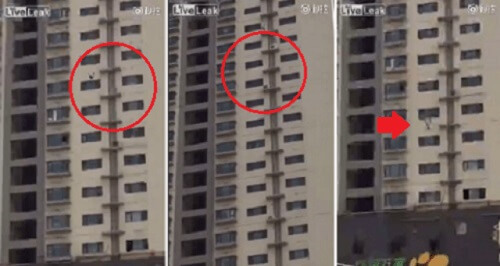 A Chinese teenager has left many people in serious shock after he jumped to his death because his parents seized his PS4.

A young 16-year-old boy has left many people in shock after he jumped from a 30-storey building in China after his parents reportedly took away his PlayStation 4. The incident was streamed live on social media.

According to reports in China, the horrific suicide which was broadcast to shocked viewers on the internet happened on Saturday, April 29, at around 1:00 PM in Lanzhou City Chengguan District Golden Capital.

According to early reports the teenage boy was upset because his parents grounded him, and took away his PS4 and computer – after he was spending “too much time at internet cafes”.

Teenage Boy Jumps Off 30-Storey Building After His Parents Seized His PS4 {Watch Video} was last modified: May 2nd, 2017 by Arinze Ago