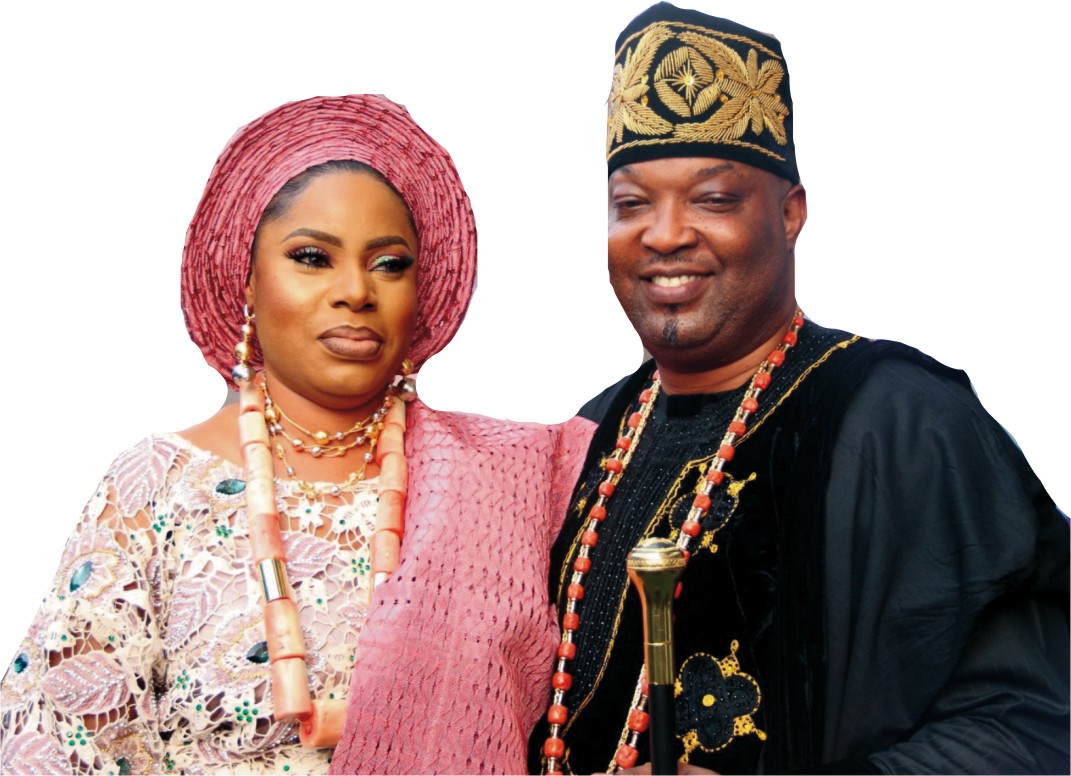 The 2019 Adron Lemon Friday will remain one of the most talked-about events that shook Lagos in 2019. Adron Homes and Properties have in the past years been breaking boundaries and creating new records in the real estate and property industry and are bold to say so.

The company, having carted no fewer than three awards at the City People 4th Real Estate Awards for their outstanding delivery in the year 2019, seems not to be resting considering the aggressive invasion of new towns and the sudden takeover of the property market in the southwestern part of Nigeria and Africa.

The Group Managing Director of this leading company has equally proven to be the leader to emulate as he also bagged 3 major accomplishments amidst many more in 2019. Aare Adetola Emmanuelking bagged the Lagos State Man of The Year 2019, he was inducted into the Omoluwabi Hall of Fame alongside the Iyaloja general of the federation, Madam Folasade Tinubu Ojo, and just at the very end of the year, he was made the Grand Patron of Police Community Relation Commission, PCRC.

It is on the premise of these immeasurable successes that prompted the General Managing Director of Adron Homes and Properties, Aare Adetola Emmanuelking to dedicate the 7th Adron Lemon Friday, to God for his kindness and Grace over the staff and management of the company.

City People Online Editor, SEUN JOSEPH and Senior Photographer, ABDUL RASHEED SANNI were there to scoop gists from the much-talked-about event of the year.

The venue was The Civic Center on Lagos Island in Lagos. Considering the nature and style of the event, there couldn’t have been a better venue to match the occasion of that magnitude. The road network was very explanatory and direct. What most of the guests commended the organizers for was the choice of venue as all roads that led to the venue was traffic-free. The space within the venue was large enough to accommodate vehicles.

Adron Homes paid for all the three floors of the event center at the prestigious Civic Center. The halls were graded according to the invitation access. The ground floor was decorated and arranged for cocktail with various kinds of exotic wines, and dessert. Friends, families and associates took time to catch up at The Lemon carpet started at exactly 4pm as stated in the Invitation card. The Lemon colour, mixed with black changed the look of the venue and the entire atmosphere was oozing the beauty of nature in Lemon colour. This is why almost all the guests that attended could not resist the urge to share the Lemon feeling on the carpet as herds of cameramen stood by the edges to capture the moment.

THE AARE & HIS YEYE ENTER CIVIC CENTER IN GRAND STYLE

The mood at the venue suddenly came alive as the GMD Homes and Properties Aare Adetola Olaonipekun Emmanuelking, came in. He rocked a black Agbada in Gold signature, looking dashing beside his elegant wife, Olori Aderonke Emmanuelking who also did not compromise her elitist’s status. The couple stole the show at the red carpet and paparazzi couldn’t get enough of their pictures.

While the red carpet was busy with “selfies”, and camera shots, the Beejay took to stage and wowed the seated guests. Beejay Sax performed for over 90 minutes nonstop. Beejay took over the arena and brought down the heavens with high praise and worship in modern style. Trailblazing saxophonist, Abolaji Banjoko popularly known as Beejay Sax, is one of Naija’s top saxophonists.

BONIX was visible at the event as every table was kept busy with various kinds of exotic drinks. BONIX workers were visible at every corner and were at the beck and call of the guests. They also displayed professionalism in their service delivery and made sure no table was left unattended to.

Cakes and Events were equally brilliant in the delivery of their tasks. The brand was in charge of Ushers and cocktails. The brand displayed the value of its over 5 years’ experience in event management. The ushers were pleasant to relate with, the waiters were calm and collected, and the servers were patient enough to ensure that every guest was satisfied before moving to the next one.

Big fish in the big sea, they say. Events such as Adron Lemon Friday couldn’t have been better managed by no other compere other than Tee A. He took to the stage lit up the three floors on one stage.

While the guests were still yet to get over the high praise as led by Beejay Sax, popular praise singer, Bukola Bekes took to the stage and wowed the guests with praise and worship songs that could open the heavens. She got everyone on their feet with their hands raised towards the heavens in appreciation of His love and kindness and the exceeding Success of Adron Homes and Properties. The atmosphere became praise galore.

The Director-General of Lagos State Man Of The Year group, Aderemi Ifaolepin, who came in person to give the Award to Aare, said the platform was created to identify and recognize role models in the state by paying tribute to their excellence, said there was a need to appreciate those who had contributed to positive changes in society.

Dr.Ifaolepin stated that the annual event features nominees from diverse sectors of the economy within Lagos State and the emergence of the winner by the electoral process.

“Some of the criteria for picking a LASMAYA nominee is to be indigenous, he must be resident in Lagos for at least 10 years, gender is not a barrier, could be public or private sector, must be contributing to their respective sectors in terms of advancing the growth and development of Lagos State”, he said.

Just when the guests felt the night couldn’t be more exciting, popular comedian Kenny Black took to stage and spiced up the ceremony. The A-list comedian who is always known to have new things up his sleeve did not disappoint the guests. He was able to connect and carry everyone along with his jokes, spiced up with the DJ’s conspiracy.

For those who have had the opportunity to meet the GMD of Adron Homes and properties or followed the rate of expansion of his business empire in the last 7 years, one would be tempted to wonder which business school or business technique the Aare adopting is which has enabled him take over the real estate industry at the speed of light?

If you fall into this category, this is your lucky day. For those who attended the 7th Adron Lemon Friday, they will notice that more time was given to appreciate God and no staff of Adron said any statement without placing God in the beginning and his last word, just like before, it was noticed that the GMD and his wife were always the first to stand up for prayer, thanksgiving or praise.

Wife of Prince Dapo Abiodun, the Ogun State Governor, Her Excellency, Bamidele Abiodun shows up in all her radiance and beauty. She came to show her support for the brand, Adron Homes, and on behalf of her husband. She also took to the stage to share a photo session with the Adron family as the Lagos State Man of The Year team honours Aare Adetola Emmanuelking.

One of Nigeria’s leading movie actors and Adron Homes & Properties’ latest ambassador, Saidi Balogun graced the event. The star actor who is currently running the Christmas promo campaign for Adron stood by the GMD from the beginning to the end of the event. He was an active participant as he was seen on stage a few times.

Ambrose Ali Unversity Vice-Chancellor took the GMD by surprise when the school management stepped on stage to announce special awards for the Aare and Yeye Akile. The awards were presented to the GMD and his wife for his immense contribution to the development of the school.

It came as a surprise when City People Magazine was called up the stage as the best-supporting media group of the year. Aare Emmanuleking made the announcement as he recognized City People, and took his time to appreciate the firm for being there over the years.

An array of awards that were presented shows how serious the GMD takes the matter of his workers. They presented awards to staff from every department from the top to the lowest of the low, from the director category to the office assistant, from the RCOO to the driver, and the chairman calls them all by their names.

(5) CONTRACTOR OF THE YEAR- DMAG

(13) ACCOUNTANT OF THE YEAR- Bernice Elufere

(19) SURVEYOR OF THE YEAR- Seyi Iroko

(24) ARCHITECT OF THE YEAR- Olajide Agidi

Many Don’t Know I Am A Product Of ODUNFA Caucus – Popular Yoruba Actor, MUSTAPHA SHOLAGBADE