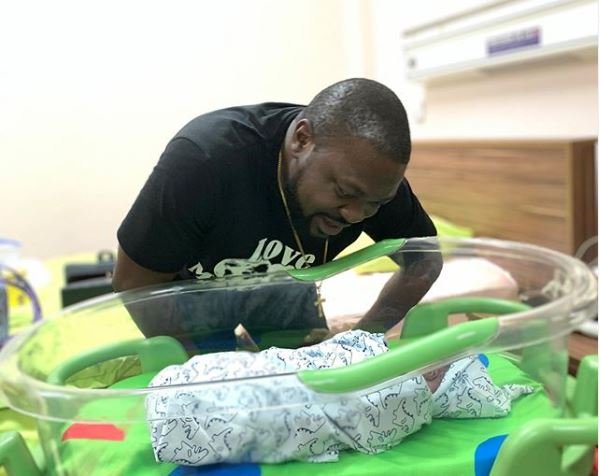 The gifted comedian took to his social media page to share the good news with his numerous fans, with a picture of himself and the child.

In a short post accompanying the picture, Buchi appreciated God for blessing the family with another baby. He also lauded his wife, restating how much he loves her.

“Join us celebrate God for the birth of my son. Rukky, I love u Baby, did it again like a true Hebrew woman. Mother and child are great. Father calling debtors to pay up after party DCC loading,” he wrote on Instagram.

Buchi tied the knot with Rukky in 2017 with the couple welcoming their first child — a girl — in Texas, later in the same year.

Born on April 4, 1979, Buchi is widely known for his versatility; how he combines comedy with acting, writing among others.

He kickstarted his comedy career in 2008 after featuring in ‘Tee-A Live Naked’ show in Lagos, following an invitation by Tee-A, a fellow comedian.

The event turned out to be a watershed in the Delta-born comedian’s career as it afforded him the platform to network with other bigwigs.

Since then, Buchi has established himself as a renowned comedian in the country, starring alongside a host of other top figures in the industry including I Go Dye, I Go Save, Basketmouth and Bovi.