UCL: “We Forgot To Attack” – Guardiola Laments After 1st Home Loss Since 2016 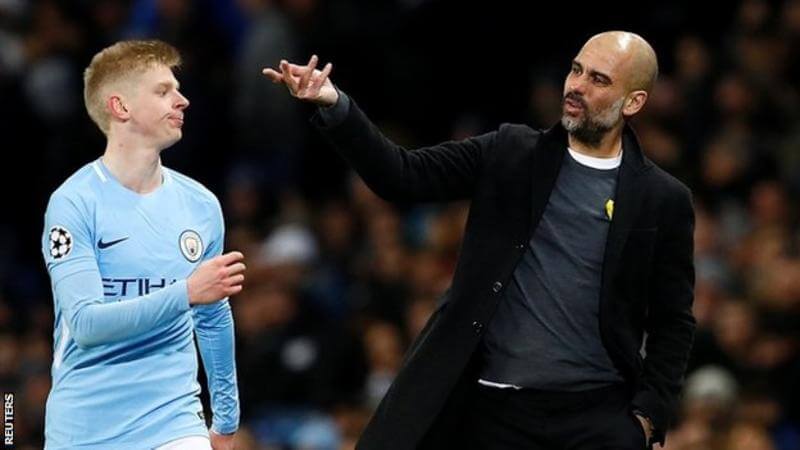 Manchester City boss Pep Guardiola said his side “forgot to attack” against Basel as they suffered their first home defeat since 2016 but still reached the Champions League quarter-finals.

They led through Gabriel Jesus’s opener from Bernardo Silva’s cross – his first goal since November.

But Mohamed Elyounoussi lashed home a leveller and then set up Michael Lang’s second-half winner.

The Premier League table leaders, who dominated the first half but wilted after the break, actually broke the Champions League record for passes completed in a game – 978 – despite losing. This was three days after breaking the league landmark with 902 against Chelsea.

But Guardiola was not too impressed, saying: “Just to pass the ball for itself is nothing.

“It is not easy to play with a 4-0 lead. I think in the first half we showed we wanted to win the game. We created a lot of chances and we were good.

“But after 1-1 in the second half, it didn’t happen. We just passed for itself and when that happens, that is not football.”

It is only the second time City have reached the quarter-finals of the European Cup or Champions League. Juventus, Real Madrid and Liverpool are the other sides to have clinched their last-eight spots this week.

Guardiola – who has won the Champions League twice with Barcelona but not since 2011 – is not worried about a repeat of the performance in the next round.

“In the quarter-finals, this kind of situation is not going to happen – to play the second game 4-0 up, the rhythm will be completely different,” he said

UCL: “We Forgot To Attack” – Guardiola Laments After 1st Home Loss Since 2016 was last modified: March 8th, 2018 by Damilare Salami