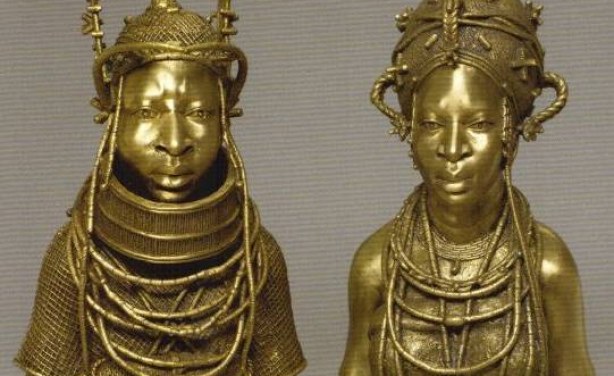 A museum in the UK has agreed to return a collection of artefacts originally from the Benin Kingdom.

The artefacts, which will be part of an exhibition at the new Benin Royal Museum in Edo, will be in Nigeria for a limited period before its return to the UK.

The Benin Dialogue Group, which comprises of representatives of European museums, the Royal Court of Benin, Edo state government, and the National Commission for Museums and Monuments, negotiated the return.

The new Benin Royal Museum is scheduled to be adjacent to the palace of the Oba of Benin, which once housed the bronzes.

More than 1,000 of the bronzes are held at museums across Europe, with the most valuable collection at the British Museum in London.

A spokesman for the British Museum said European museums will help develop an institution that will house the exhibits.

“The key agenda item (at the October meeting) was how partners can work together to establish a museum in Benin City with a rotation of Benin works of art from a consortium of European museums,” CNN quoted the spokesman as saying.

“The museums in attendance have all agreed to lend artefacts to the Benin Royal Museum on a rotating basis, to provide advice as requested on building and exhibition design, and to cooperate with the Nigerian partners in developing training, funding, and a legal framework for the display in a new planned museum.”

The details of the pieces to be returned will be determined at a later meeting.

While presenting the state’s 2019 budget on Monday, Godwin Obaseki, governor of Edo state, said N500 million has been budgeted for the construction of the museum.