Home News UNCLE YOMI, YOU ORDERED FOR THE BEST IN LIFE, AND YOU RECEIVED THEM ALL
News 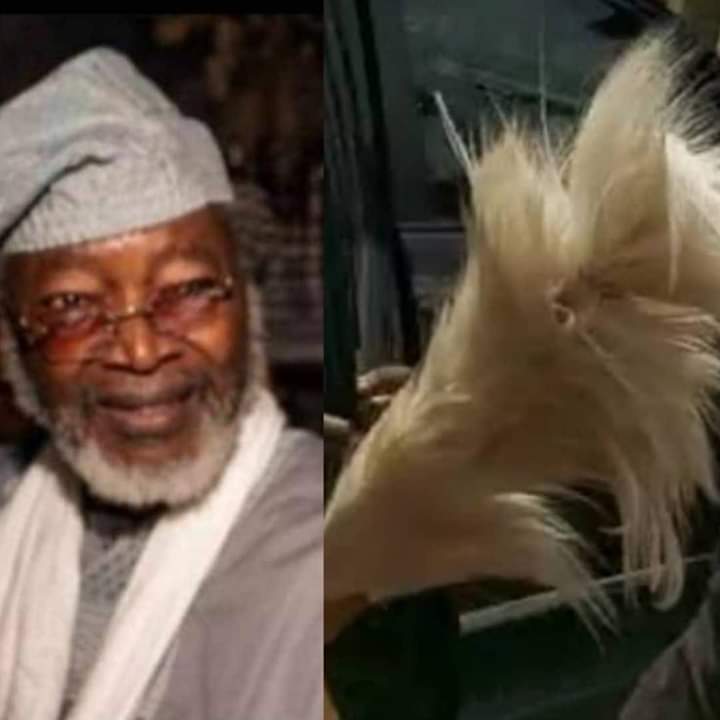 Early in December 2019, I received a telephone call from the star actor, thespian and lovable gentleman, Chief Yomi Obileye, affably called Uncle Yomi. After the End-of-Year/Christmas pleasantries, on the phone, were over, he requested that I source for him,” an “Irukere”(fly-whisker) at the earliest”. He attached two conditions to his order – (1)”The irukere MUST be kingsize and snow-white” and (2)”I will personally pay for my order.”

All entreaties made by me that I would bear the cost of his order were overruled by him.”Oloye Olubadan, please, don’t bother”, he put his foot down.
Pronto, I contacted “Iya Akanmu”, an enlightened beadsmaker/trader, who is also into herbal medicine and irukere business, based in the Bodija-Sango axis of Ibadan, Oyo State of Nigeria. I informed her of the specifications by the revered customer. She promised to set about the order.
Again, early in January, I got a call from Uncle Yomi, greeting me on the New Year celebrations. He, thereafter, asked me about his earlier order, which obviously had not been delivered to him.I expressed surprise at the non-delivery of his order, apologised and promised him of an immediate follow-up by me.
I called “Iya Akanmu”, expressing my disappointment with her failure to meet up with an order, from a gentleman who I rever. She apologised profusely, blaming the slack on a business trip that took her out of the state. She promised to start work on Uncle Yomi’s irukere order immediately.
When I reverted back to Uncle Yomi, he was glad that the beadsmaker had apologised and would meet his deadline after all. He expressed his apology for,” sending an Oloye Olubadan on an errand.”

I told him that there was no qualm about his sending me on an errand, as had never been any, since I first met him, in 1972, through Auntie Dupe, his beloved wife. I had met Auntie Dupe earlier through Mrs Remi Fawehinmi, wife of the late Major Lateef Fawehinmi, our neighbours at the Challenge axis of Ibadan, in the 1970s. Both Aunties Remi and Dupe were classmates and friends at the Queen’s College, Ede.

I disarmed Uncle Yomi, by reminding him of his remarkable role at the presentation ceremony of the Cultural Recognition Award to me, despite my being a Muslim, on Sunday,28th October 2018, by the EGBE OMO ODUDUWA(ALL THE WESTERN STATES OF NIGERIA)of the Christ the King Catholic Church(CKC), Odo Ona, Ibadan, headed by Sir Babatunde Obalana, KSM.
Uncle Yomi was an elder/member of the church.

Behind me, Uncle Yomi visited, without prior notice or invitation, “Iya Akanmu”s Gallery, at Sango, Ibadan, made and paid for the irukere of his choice. He told the beadsmaker to call him for it’s a collection, whenever the order was ready. The well-known personal trademarks of simplicity, warmness, humility and jollity displayed by Uncle Yomi to “Iya Akanmu”, so much bowled her over, that she put all her expertise to do an excellent job.

On Tuesday,4th February, this year, “Iya Akanmu”, escorted by her daughter, Bolade, surprised Uncle Yomi with the delivery of his order to his Iyaganku-Ring Road, Ibadan home, without previous notice. Uncle Yomi sent his driver of over 20 years, Tajudin, to meet the duo at the security post on his residential street because he frowned at “a housewife and his daughter coming out at 6.30 pm to deliver an irukere order”.

Sadly, our dear Uncle Yomi died last Friday, 24th April. He was aged 77. May God comfort and keep Auntie Dupe and the family. Amen.
Dear Uncle Yomi, you ordered for the best in life, and you received them all…

UNCLE YOMI, YOU ORDERED FOR THE BEST IN LIFE, AND YOU RECEIVED THEM ALL was last modified: April 27th, 2020 by Lekan Alabi