Home Entertainment What I Did 5 Yrs Ago To Become Very Relevant – Star Actress, SOLA SOBOWALE
Entertainment

What I Did 5 Yrs Ago To Become Very Relevant – Star Actress, SOLA SOBOWALE 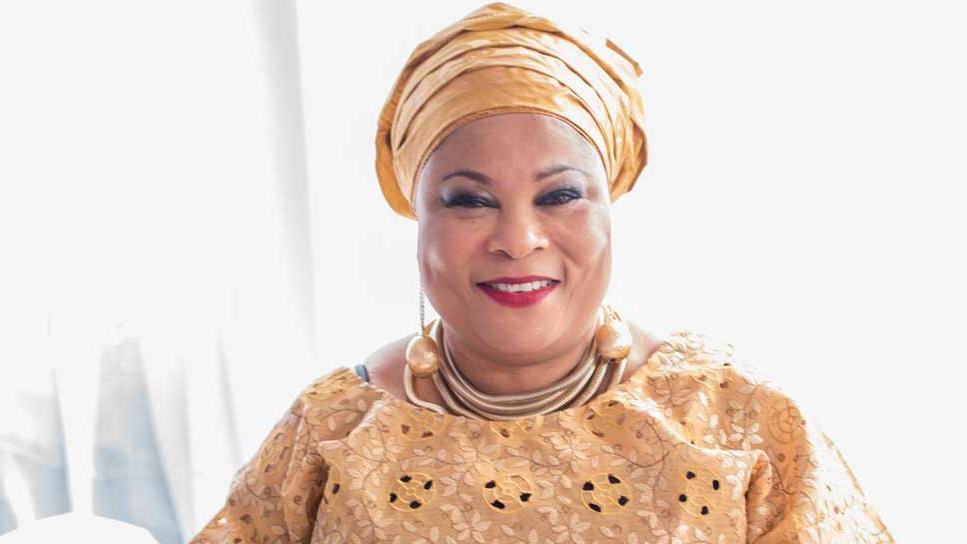 Star Actress Sola Sobowale remains one of the most highly respected veterans in the movie industry. Toyin Tomato as she is fondly called by fans is a successful actress, producer and director. She has spent over 3 decades in the industry featuring in both English and Yoruba movies. She started her career in the industry with a role in the movie titled “sura the tailor” with the help of her brother-in-law.

Afterwards, she featured in other series such as “Village Headmaster”, mirror in the sun, our husband has gone mad again later, she joined a group led by Adebayo Salami called Awada Kerikeri Theater group, and also featured in the popular Yoruba Movie titled Asewo To Re Meca”. She is often described as a fantastic actress and her big break came after she featured in Wale Adenuga popular Super Story series titled “oh father oh daughter” and due to the way she interpreted her role so perfectly people started calling her Toyin Tomato, the character she played in the series,

since then she featured in lots of English and Yoruba movies. At a point in her career she relocated to the U.K, according to her, she left with her family to the U.k, so she could give her children a good education, this made her scarce in movies, but she returned back to Nigeria in 2016, this time around she came more prepared, took everybody by surprise, giving her very best to every role interpretation, she took the role of Tinuade Coker in the award-winning movie “Wedding Party” to another level. Her role interpretation was one of the best in the movie, besides interpreting the role so perfectly, she was also a co-director in the wedding party with Kemi Adetiba. Also in 2018, she brought her A-game to play in the multiple award-winning movie King of Boys,

she starred as Alhaja Eniola Salami, the movie saw her as a businesswoman, philanthropist and aspiring politician, her performance in this movie bagged her lots of nominations and awards home and award, the movie was co-produced and directed by Kemi Adetiba. This multi-talented and no-nonsense actress has featured in award-winning movies back to back such as wedding party 1 and 2, Wives on strike, The Revolution, Christmas is coming, King of boys, Seven and a half dates, Gold stature, The Enemy I know amongst others.

One thing most people don’t know about this beautiful actress is that, she warmed her way into the hearts of many because of her aura, first it started with her passionate delivery of her role as Toyin Tomato in super story, she relates to everybody freely and doesn’t discriminate and this explains why lots of younger stars look up to her as a role model and mentor.

She is also described as a humble actress despite her long stay in the industry, this also explains why she freely tell people how Kemi Adetiba was instrumental in making her give her all to her fans, with the movie king of boys, she swept amazed her fans with her role beautiful role interpretation.she is currently one of the most sought after stars in the industry with several endorsement deals and awards. She is an ambassador to Mouka Foam, Bstan Homes, she was also endorsed by Globacom and she represents the company with another veteran actress Patience Ozokwor alongside some other younger stars.

Sola Sobowale is also among the very few veterans that have been able to balance their acting career and marriage, she is married to Oludotun Sobowale, he was the former corporate Executive Director of Eko Hospital before relocating to England and the marriage is blessed with children. Her self-produced movie titled ”Ohun Oko somida” produced in 2010 featured her children, Taiwo and Kehinde Sobowale. Recently when asked through an IG video chat, what has kept her relevant the past few years,?hear what she said

I would say three things, which are Grace of God because it’s the grace of God that takes you anywhere in life. I give God the glory for his grace upon my life. Secondly, you must be a team player, good behaviour, the good character draws people close to you, unlike pride, if you are arrogant and troublesome, Director and Producers won’t want to waste money on you. Anywhere you go in life, you must know how to carry everybody along and remain humble,

I make friends with both young and old, once you relate with people freely, others will be eager to meet you.its good to be good, be nice to everybody both people at the top and the ones under because if eventually, you fall, it’s those ones down that will help you so you won’t fall flat on the floor, do to others what you want them to do to you and don’t forget the philosophy of life, don’t keep taking without giving back, life is give and take. Lastly, I don’t joke with my prayers, prayer is the master key, Jesus started with prayers and ended with prayers, I put God first in everything I do.

READ ALSO: WHAT IT IS LIKE BEING MARRIED TO SEN. RASHEED LADOJA EX-OYO 1ST LADY, MRS MUTIAT LADOJA ON THEIR 42 YR MARRIAGE

What I Did 5 Yrs Ago To Become Very Relevant – Star Actress, SOLA SOBOWALE was last modified: May 18th, 2020 by Biodun Alao

How I Survived My COVID-19 Attack Prof. OTEGBAYO, UCH CMD

I Was Scared To Tell My father...