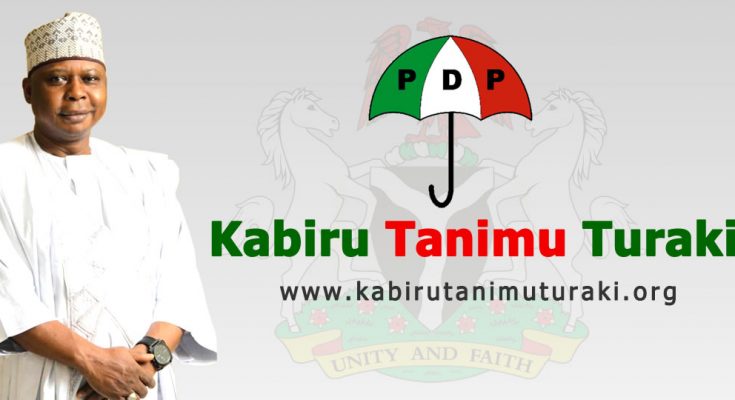 A former minister of special duties and Peoples Democratic Party (PDP) presidential aspirant Kabiru Taminu Turaki (SAN) has urged members of the party to be united ahead of the 2019 elections.

He opined that the All Progressives Congress (APC) would win the 2019 presidential elections unless individual interests are subordinated under the overall national interest.

Turaki said this while speaking with newsmen after addressing delegates and members of Kwara state executive of the party at the party’s secretariat along Asa Dam road, Ilorin Friday the Kwara state capital during his trip to the state.

According to him, “Let us not assume that the perceived non-performance of APC will make it lose the 2019 presidential elections. We need to tighten our resolve. We must stand together and make our people understand that collective interest of the country is paramount,” he added.

Turaki said what’s true however is that the PDP has zoned the presidential ticket to the entire northern region and not Northwest as insinuated by some people.

He said by implication, the presidential candidate of the main opposition party in the country can emerge from any of the three zones (north-west, north-east, and north-central) that made up the northern region.

Turaki said that the wisdom behind the decision to leave the primary contest open to all interested aspirants from every party of the north, “is to allow for the emergence of the best out of the best”.

READ ALSO: JONATHAN WILL BE SAD IF I OPEN UP – EX-IGP SULEIMAN ABBA TELLS OMOKRI