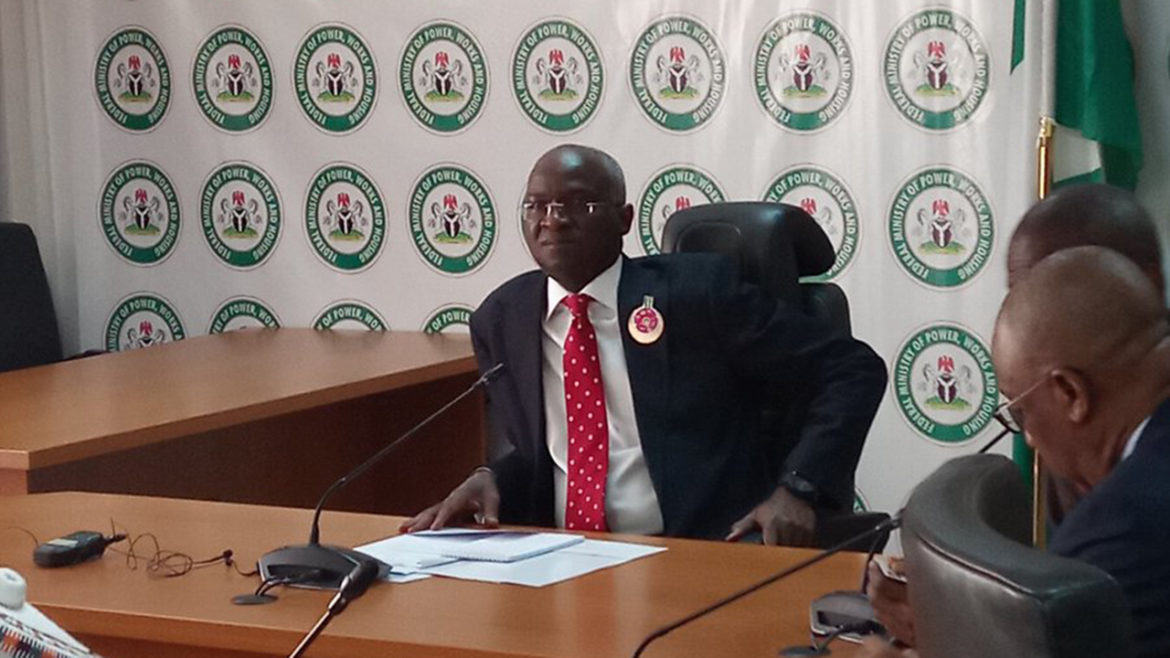 The Minister of Works and Housing, Babatunde Fashola, says the federal government still owes contractors working on federal road projects up to N306 billion, defending why the government should raise VAT and borrow more.

Mr Fashola was speaking against the background of a report by Daily Trust on Monday that Nigeria has spent about N1.5 billion on fuel subsidy this year.

The minister said his ministry did not receive up to N1 trillion naira from 2015 to 2018, underscoring how little the Nigerian government is spending on infrastructural development compared with fuel subsidy.

He spoke while hosting the Public Transport Owners of Nigeria Association at his ministry in Abuja.

“If we had N1 trillion to spend on Nigerian roads we would be in a much better position. As of October, we were owing contractors N306 billion and more bills are coming in and all we got was N73billion,” Punch quoted him as saying.

In his response to the requests of the association for the tolling of roads and bridges in Nigeria, he said a lot of work was in progress on federal roads nationwide.

The minister expressed regret that despite the very limited resources available for infrastructure development, some persons were kicking against an increase in Value Added Tax, as proposed by the Federal Government.

“And this is the country where some people are of the opinion that the government shouldn’t raise VAT.

“Some people are also of the opinion that the government should not even borrow. So I think it is important for those of you here to also come out and take a position,” he said.

He also disclosed that the Federal Government would introduce tolls on roads after a clear policy on it had been finalised and made public.

“When it is time to start; of course, we will articulate a clear policy for the information of Nigerians. That is the much I will say about that,” he said.

The National President, PTONA, Isaac Uhunmwagho, said the association was strongly in support of the reintroduction of toll gates on highways across the country.

Previously, the minister had disclosed some of these roads to be among the 80 prioritised road projects in the 2020-2021 fiscal year.