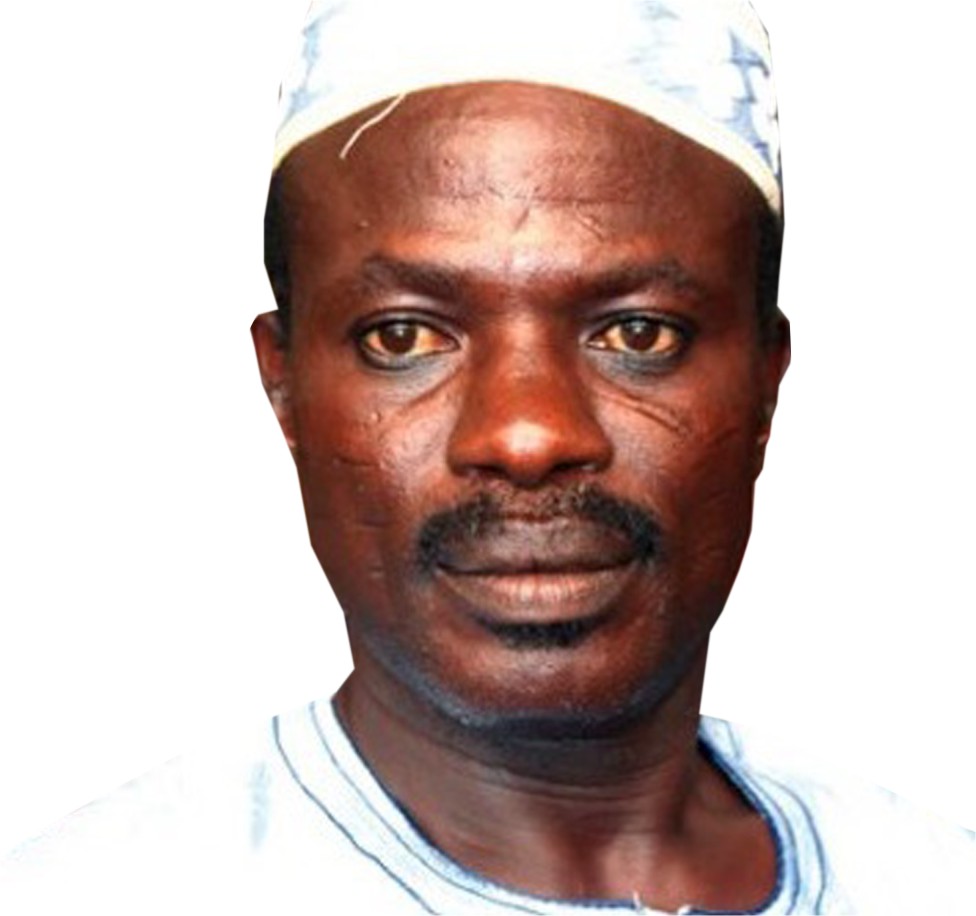 Everybody calls him Abija Wara bi EKun. That is his stage name. It is a nickname that is popular in the Yoruba movie sphere. Those who watched movies in the 80s and 90s are familiar with this epic actor who kept most people glued to their television sets during those weekly sitcoms on national Television. The first epic soap that brought him to limelight was Opa Aje in the mid-1980s, followed by Koto Orun. Both movies were produced by Alhaji Yekini Ajileye.

In this interview, Abija revealed a lot about the age-long rift between him and his former boss, late Alhaji Yekini Ajileye. He also spoke about how he almost committed suicide on two occasions, and how God came to his rescue to lift him up. Read Excerpts.

There was a huge crisis that happened within my family that almost made me commit suicide. There was a hunter who saw me and took me to Ajileye. And he asked me why I wanted to commit suicide. I was consoled and from there, we started performing. I had been popular before I met Ajileye, but I started working with them. Loveland also met us there in Oshogbo. He came with his troop in a Coaster.

So they joined us and we began to work together, Note that I said I had been very popular in Akure before we started Opa Aje with Ajileye.

I and my boss had no fight, what caused the rift is the Yemi Mesioye troupe who came to us to request for my appearance. Is it possible to instruct that one actor should not appear with another troupe?

The Mesioye troupe came to Oshogbo, the producer came, they gave him money and requested for me, Sunday Ossai and Yemi Mesioye (May his soul rest in peace), but he told them I must not be pitched against Fadeyi in the drama, and they said they have heard.

But when we get to the location at Suberu Oje. I saw Fadeyi and the people requested to have both of us perform. I was motivated and I faced him head-on. This was why my boss (Ajileye) got very angry. He was so angry he offended God. He kept it in mind for so long.

So there was a time we wanted to shoot Koto Orun, Alhaji Abduljabar wanted to take all the cast to Mecca. My boss never told me I was not going. Because we were not staying together back then, we only meet in Kosofe at Alhaji Jabar’s place. I will prostrate before him and he will respond.

While I was preparing for the Mecca, Alhaji did not tell me anything. But by the time they wanted us to go out and pray ahead of the trip to Mecca, this was when my mother and my elder sister also came to Lagos to pray for me ahead of the trip that I heard the sad news that I was not going to Mecca.

Alhaji now told me to stop disturbing myself that they have replaced me with one Musibau.

I opened my mouth to tell my mom to go back to Oshogo, but I started to cry. She asked what the problem was and I told her what happened. She felt so bad and wanted to go and meet with Alhaji but I stopped her. I know how much they spent as transport fare to and fro Oshogbo. I also went to Oshogbo to thank her and pacify her.

It was 3 days later that I took a rope and wanted to go and hang myself. The woman who was with me back then (she’s still with me now), she was the one who discouraged me against committing suicide. I had the opportunity to travel to America, it failed. London came, it also failed. My passport spent 5 years with a man until it got mutilated.

I later fell ill some 3 years back. I was still sick when they called that they wanted to see me on Aiyefele Radio. The producer himself called me and sent me a transport fare. I collected the money and spent it. He sent me another 5 thousand and asked me to come over to the studio.

When we got there, we did the interview. One Alhaja called me on the phone to greet me. She called me Alhaji and I told her I haven’t travelled to Mecca. So she directed her son to bring me down to her place. I went to the place, she’s called Kerom Lee. I pray that God will bless her wherever she is today.

We got there and she told me, “today, you have become Alhaji”, I said amen. While I was going she asked them to give me an envelope. I opened and counted it and it was fifty thousand naira.

I showed the money to the producer and asked him to take his share but he refused.

I returned Lagos. I did not even believe that the Mecca trip was possible until they called me to come to Ibadan with 5 members of my family. That was when I knew I will be going to Mecca for real. I took my wife to Ibadan and it was clear that Mecca is certain. My wife felt I deliberately hid the trip from her until I explained better to her.

This is when I realized God will never leave his own people.

I got to Medina and was wowed by the wonderful works of God and the beauty of the land. I thought that was the main place, but they told us to get prepared that we are going to Mecca today. This was after spending 4 days at Medina. Even if I went back to Lagos from Medina, I would have been fulfilled.

I never knew that Alhaji Ajileye held the grudge against me even when he went to Mecca back then. A popular Alfa who was with me in Mecca revealed to me how Alhaji Ajileye stood on Mecca ground to curse me! He told me, “Taju, this is the exact place that your boss stood to curse you. “ He prayed on this ground that God should take away all the glory you got through him”.

He said my boss was indoor all through his stay in Mecca after Kaaba. In fact, I’m not happy that he’s not alive today to witness this glorious day.

I will just implore our people to wait on God. Destiny can never be changed. I am no longer afraid of anything or anyone. I am now 64 years old and I thank God how far he has led me. And I have vowed never to do evil to anyone for the rest of my life.

READ ALSO: HOW THE CHURCH CAN SURVIVE DURING COVID-19 SEASON – PASTOR POJU OYEMADE