Why I Am Running For LAGOS Central Senatorial Seat 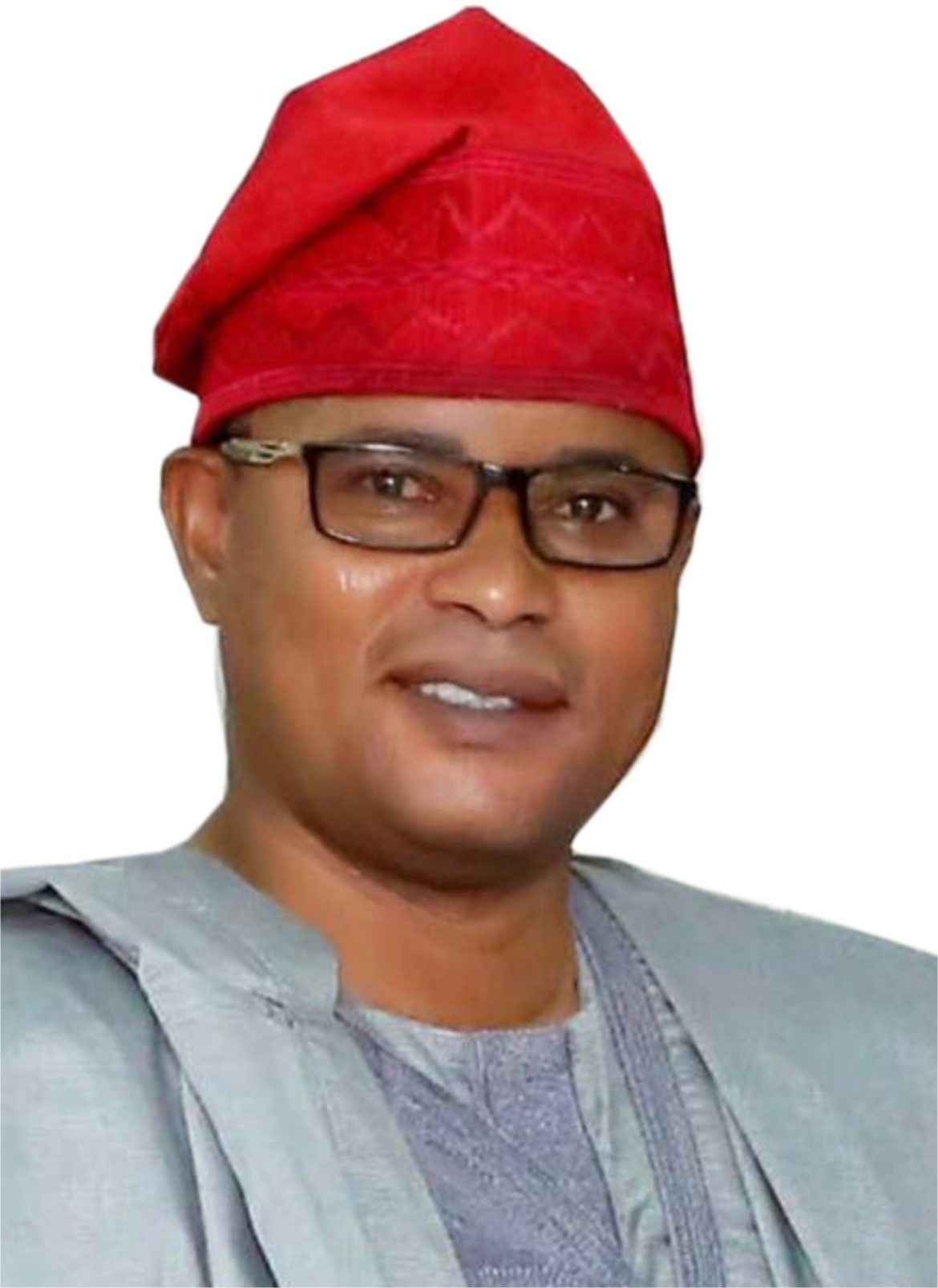 Be the first to know that Hon. Wasiu Sanni Eshilokun, the Deputy Speaker of the Lagos State House of Assembly will be running for the Senate come 2023. He is contesting for the Lagos APC senatorial ticket for the Lagos Central Senatorial zone, currently occupied by Senator Oluremi Tinubu.

City People can authoritatively reveal that he is eminently qualified for the job, having been in the legislative arm of politics for close to 12 years at the state level.

He is also very educated and brilliant. Don’t forget that  he is a graduate of the Harvard Kennedy School of Government. He attended Harvard Law School and has a Certificate in Negotiation and Leadership. He also attended Lagos Business School and has a  Certificate from there. He has a Master’s Degree in International Law and Diplomacy (MILD) from the University of Lagos. He is a graduate of Ogun State University where he has a  Bachelor’s Degree in Agriculture (Hons) with a specialization in Agricultural Economics. He attended Ansar-Ud-Deen College, Offa, Kwara State for his West African School Certificate (WASC) Examinations. He attended Holy Trinity Primary School, Lagos where he got a Distinction in his First School Leaving Certificate.

Let’s tell you about his work experience:

He is currently the Deputy Speaker, of the Lagos State House Of Assembly (from 2015-till Date). He is serving a second term in this exalted position, having been elected by his esteemed colleagues for the 8th and 9th Assembly. He is an astute Politician, a committed progressive democrat with a remarkable ability to lead and serve.

He has credible legislative and executive experience, adjudged widely to be marked with excellence in initiatives and implementation of developmental programs and projects.

He is active and articulate in debates and contributions on the floor of the House. His numerous motions and assignments are pointers to his wealth of knowledge regarding legislative processes and current issues in Lagos and Nigeria. He has profound qualities of leadership and a remarkable record of service to the people.

He combines extensive administrative, executive and legislative experience which has been of immense value to the current 8th session of the Lagos State House Of Assembly. We almost forgot to add that he is the pioneer Secretary, All Progressives Congress, Lagos State Chapter (2014). Hon. Wasiu Sanni Eshilokun worked closely with the Chairman of the party, which involved the administration of the party.

He was a Honourable Member, Lagos State House Of Assembly, Lagos Island Constituency 1 (1999-2003)

In 2015, He attended a conference of the National Council of State Legislatures in the USA as a Member of The Lagos State House of (8th) Assembly, He has sound management abilities and Natural leadership disposition and vision. He is blessed with strong communication, negotiation, and legislative intelligence skills. Last week Wednesday, the City People team, made up of City People Publisher, SEYE KEHINDE & SUNDAY ADIGUN visited him at home and he spoke about his plans for Lagos Central plus why he is the best candidate for the job. Below are excerpts.

There are rumours in town that you are contesting for Senate in the coming dispensation. Is this true?

Yes. I am going to the Senate in the next political dispensation. I want to run for the Senate, Lagos Central in Lagos State.

You have been around for several years in Lagos Politics, what has been your experience in the last few years?

What made you decide to run for the Senate? What prompted it?

My decision to run for the Senate came up, having been a legislator for almost 11 years. You will recall that I ran for the State Assembly from 1999 to 2003. I was there. I was also the Senior Special Assistant to Asiwaju Bola Ahmed Tinubu until 2007. I came back to the house in 2015. The next thing is that I want to advance my career in the legislative area.

Out of all the aspirants now I am the only one with 11 years of experience. And then, going forward, by next year when we would be leaving, I would have had 12 years of legislative experience, under my belt. There is none of those contesting with me that have up to 2 years of legislative experience and the legislature is a very specialised field. It is something that you need to know about. It is something that you need to work on, and study. And beyond all what happens outside, you need to be involved to experience it. And having been one of the 5 honourable members sponsored by the US government to understudy the US Congress in year 2,000 in some US States like Nebraska, Mississippi, and Louisiana, all sponsored by the US government. That experience has also been very, very useful. So, I can distinguish between the 2 and how the legislative process works over there.

Let’s talk about the areas that fall under the Central Senatorial district you are aspiring to run.

Lagos Central comprises of Apapa, (for the old local government) and Apapa-Iganmu LCDA,

How did politics start for you? Can you trace the journey back?

I have been playing politics since my university days. I contested and won the Director of Sports in Ogun State University then during the 85/86 session and then I led the Ogun State University to NUGA. That was how my involvement started, so when I got back and started work, there were these new parties being floated by the government. SDP & NRC. Because I have a progressive inclination I joined SDP on impulse. Along the line, when it was time to choose the executives of the party, the boys in my area wanted to be involved. They complained that the Elders of the party were not giving them enough chance. So out of the 27 positions available, the elders were only willing to give just 1 seat to the youths of the area. So I followed them to the next meeting. I was already a member having gotten the card. I went with them. We agitated. They didn’t budge. At the end of the day, it came to elections.

During the elections, we were able to clinch about 25 seats. Most of us were under 30 then. From then, I was able to contribute to the emergence of Demola Adele as the Mayor of Lagos and Chairman of Lagos Island LG and because that administration was very resourceful and very dynamic, he involved all the Chairmen of the party. I belong to the Primrose Group those who wanted Sarumi to become the governor. That was how I got involved without me knowing it.

So by the time I wanted to pull out, it became very, very difficult because I realised I had put in so many years into it.

In 1991 and 1992, I also contested, during the SDP days. I ran for the House of Assembly in 1991. I was told to step down, that I was young. I was not married then. I ran for the House of Reps again, 3-days to the primaries, my coordinator was brought out to run instead of me. They said I can still wait that I was young. In 1998/99, it was the political class that now asked me: Wasiu what do you want? We have seen all your contributions, especially during the struggle.

Suffice it to say that I can’t recall us spending up to 500,000 or N1 million to become an Honourable Member. All you needed to do was buy forms. You give nobody money. Maybe when you go on visitations to your ward and you buy people soft drinks.

There was no money – politics and people were chosen based on their contribution to the realisation of June 12. Only few were lucky to break in.

For me, that was it for me. After then, I didn’t win my re-election, and Asiwaju Bola Ahmed Tinubu gave me the job as a Senior Special Assistant (S.S.A.) on Political and Legislative Matters. I did that in 2007. I have been around ever since.

I have been Chairman of Lagos Island Local Government from 2008-2014. I was the pioneer State Secretary of APC in 2014 before I now ran for the House of Assembly and eventually I won the elections as Deputy Speaker of the Lagos State House of Assembly.

I have never thought of running from there. I have never played opportunistic politics. I have been very steadfast and I have never changed party. Whenever I join a party, I have always remained there.

It is the fact that I am emotionally stable and I am not unduly ambitious.

No inordinate ambition. I don’t run from APC to PDP back to APC like some people have been doing or moving from Lagos West to Lagos Central or what have you.

Why I Am Running For LAGOS Central Senatorial Seat was last modified: May 9th, 2022 by Seye Kehinde

Why Many Ladies Are Now Going Into Money Rituals