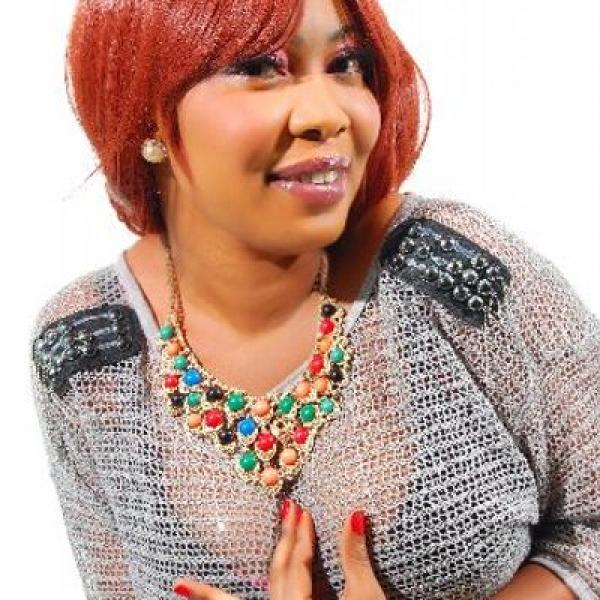 Bimpe Akintunde is a popular Yoruba actress and movie producer who has acted in so many movies. She has also produced her own set of movies over the years. Bimpe who has been in the industry for over a decade is a jovial and playful lady who has been given so many nick names like Omotodun and Wasila Coded, all taken from the roles she played in 2 of the many movies she has produced over the years. Her movie, WASILA CODED was a big hit years back and many people who watched the movie insisted that the movie should have a continuation.

She has just done that. She has just completed that continuation titled Wasilat Coded Reloaded. And she plans to premiere this cinema movie on the 23rd of December in Lagos. She has called the event WCR Ankara Screening. She will also be formally launching the Wasila Coded Single Mum Empowerment.

Last week, she told City People Publisher, SEYE KEHINDE the story of her movie career. Below are excerpts of the interview.

You have just finished the shooting of Wasila Coded Reloaded movie. At what stage is the project now and when is it coming out?

To God be the glory. We are done shooting. We are at post production level now. The first stage about the job is the Ankara Screening, which will come up on December 23rd, 2018 by the Grace of God. The movie won’t come out sharp, sharp like that. No. It is not a regular home video movie. It is a cinema project and it will take time before you take a project to the cinema. You have to follow all the procedure and process. In the movie you will see another me. You will see another dimension.

I have not done any production in a while and I want to come back big, with something very loud and meaningful. That is why I have revisited the Wasila Coded script, then worked around it. That is what brought about the Wasila Coded Reloaded. It is a reloading something, something. Don’t let me burst it.

You did Wasila Coded, how many years ago?

How did the market receive the movie?

It was da bomb. It was a great job. It was part of the movie that brought me to limelight. I thank God for His Grace. Up till now Wasila Coded is still trending. I have done a series of jobs after this, even with big titles but wherever I go, people keep asking me about Wasila Coded.

This time around why did you decide to go the cinema way?

My objective is to make money. I won’t deceive you. And there is this saying that for you to make money, you need to spend money. We can’t continue with all these small, small movies that we are doing. Lets put in big money and make big money. We need to step up our game. I am setting a new pace for myself.

I want to go higher. I want to become a big screen face. I am working on myself and my production end. I did this cinema movie to make more money. This is all I do. Movie is all I live on. If you want to make money in what you are doing you should step up the game. That is why I took that bold step to go to the cinema.

You have been acting for a while now. All in all, it’s been how many years now?

Haa. Oh, God. I can’t remember.  Let me say for over a decade. Like 15 years, I guess I had my 1st production in 2007. That is about 11 years ago. But I have been in the movie industry ever before my production. That is about 15 years.

How did that start for you?

I started through a friend, while we were in the University. He introduced me to someone. I was a student then at Olabisi Onabanjo University in Ogun State. That was where I was schooling when I met the guy. He brought me to Abule Egba here in Lagos to join SAA Organisation (Sophisticated Actors and Actresses) under the umbrella of Ade Adeboye alias Big Abass. That is where my acting career started. At a time, I had a pause, to go to school so I came back fully with my production in year 2007. That was when I had my  1st production and ever since, God has been my strength.

Tell us about your production?

No 1 is the grace of God. Apart from that, the only thing that can keep you going in this industry is your skill. Our job is not about whether you have big breasts or big bum bum. It can’t take you far. You have to be good. It is your acting level, your charisma. If you are not good you will fade out because your acting skill was not well nutured. What has worked for me is the fact that I am humble. I am very very humble. Whoever that comes my way I show respect.

Why do you like to play the rascal roles in movies?

I can play any role I am given. I am versatile. But some producers like me to play rascally roles. Many producers like my energy. My energy level makes me act rascally roles. Whenever people need to cast any babe for rascally roles they usually call on me. They will say Wasila Coded na you that role fit ooo! There are other people that are equally good. As an actor, you should be able to give your best. I am an actor, so I am ready for any role, any character, any role, I will kill it. I am not a one way actor. I am a very dynamic actor. I will kill any role. Acting is in me. So no matter the role, no matter the character. I am not only good in street character alone. I have done other jobs that are not related to street roles at all. And people really commended my efforts.

Tell us where you were born and where you grew up?

I was born in Lagos but I was brought up in Ogun State. In Ijebu Ode, Oru, Ago-Iwoye, Ijebu-Igbo axis I am from Abeokuta. My dad is from Abeokuta. But I tell people I am from Ijebu because when my dad died, it was the Ijebu people that took me up and raised me. Whatever I have become today is to the grace of God and to those Ijebu people. Because I don’t want to forget my Abeokuta people, I say I am Ijegba. Meaning Ijebu and Egba.

How about your mum?

She is late. She is Ijebu. My mum is from Ijebu-Ode, Mopa to be precise. So, I grew up there, when my dad died in 1990 I was in Primary 2 already, in a school in Bariga in Lagos I was the youngest, so they transferred me to my grandmas place. That is where I had to start all over again.

From my Primary School at Oru Ijebu. I went to Ita Merin Comprehensive High School, in between Oru and Ago-Iwoye. From there, I went to Olabisi Onabanjo University. From there, I went to face Theatre. I am Ijebu born and bred. Even this my Street Character I don’t know where I got it from. Most of my life I lived in Ijebu when many people see me, they are always like, when did you turn to this. Seriously. But I am fine. I am good.

I did BDF. When we were to cross to degree they gave me Botany. But I didn’t want to do Botany, so I crossed to Mass Communication. So I read Mass Comm. But I knew I was going to go into acting. It has always been in me. I have always been a lively person, no dull moment with me. The guy that brought me into the industry met me on Campus. And once he saw me, he noticed how jovial and playful I am and he said oh my God, you should be acting. What are you doing here? From there, he took me to Mummy Feyi, from there to Big Abass. Mummy Feyi is Jumoke George’s twin sister. She was the one that took me to Big Abass. My career started with them.

How do you see the new set of actors and actresses that have taken over the movie scene?

What do you want me to say about them? I am indifferent to them. Really, I am not very close to them. I love to stay in my lane. I don’t attach myself to people unnecessarily because in this industry now we have lost respect for each other. There is  no more respect in the movie industry. Quote me sir. Once that is the reality you have to respect yourself. I greet everybody. But that does not make us friends or enemies.

The only advice I can give is for them to respect each other, they should learn to respect all those they met in the industry Respect and Honour is what they need to offer their sectors. That’s my own advice. I have my people in the industry who I have known for a long time. I don’t know the new ones. I have my clique. I am a one woman MOPOL. No friend. No group. No caucus. Nobody. Just God.

Your Wasila Coded Reloaded movie is star-studded. Tell us about some of the stars in the movie?

Toyin Abraham is there. That lady surprised me ooo. She has always been a support system. Uncle Segun Arinze, Bolanle Nonalowo, Aunty Faithia Balogun and Toyosi Adesanya. These 2 characters are continuity characters. They were with me in Wasila Coded. So automatically they are in this new one. The 2 of them are our mother. We have Murphy Afolabi, Eniola Ajao, Ayo Olaiya, Akin Olaiya. So many actors and actresses. Its a long list. Toyin Alausa too came. Uncle Jide Kosoko also came. It was star studded Itele the icon, Woli Arole came to show support. We had many guys there.

Whats the story line of the movie?

What you sow, you will reap. This is the completion of Wasila Coded. Its a nice movie. Wait for it!

You’ve been off the scene for about 3 years what happened?

Haa! I wasn’t really off the scene. I may not have been very very active or quite visible in the industry but I was acting. I was away for sometime, but I was still acting, just that I was not able to do my own production for personal reasons. But God be the Glory. I am back and better. Thank you.