Home News Why Many Ladies Are Rushing To BARRY JEWELER
News

Why Many Ladies Are Rushing To BARRY JEWELER 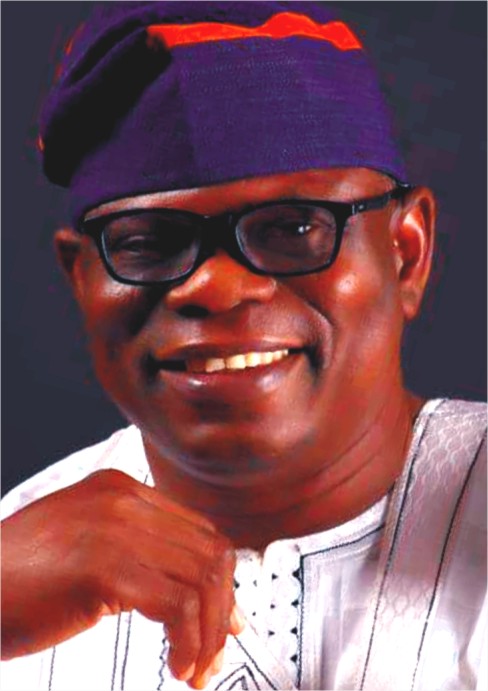 …In ABEOKUTA, For Their Jewellery

Have you ever wondered where many of the top celebrity women get their exquisite Beads& Gold necklaces from? We can tell you. It is from Mr. Barry, a popular Jeweler, based in Abeokuta. He is also called Barry Jeweler. But his real name is Alhaji Adeyemi Adebare (Barry). City People visited him a few weeks back and we found a very humble man who is content with his job. His services are in high demand. He has a lot of jobs at his disposal.

He is the one a lot of ladies are going to right now for their beads and Gold Jewelry.

Though he is based in Abeokuta, his clients usually reach him on telephone 08033296105 or on Instagram goldpose4barry.

Why do many celebrity women go to him? It is because he is very creative. He usually comes up with unique designs for weddings and chieftaincy events. His Beads and Gold Designs make women look Gorgeous & Stunning. He does Statement jewellery. He does exclusive bead designs for his exclusive clients. He has clients who he does classic designs for them. He is brilliant. He is good at what he does.

Many don’t know he was born into the business. He comes from a lineage of Jewelers. His father was a renowned Goldsmith. He started it as a business fully in 1986.Goldpose4Barry is 35 years old in Jewellery making & Goldsmithing.

He was born into the business. His grandfather was into it and his father also was a big player in the business. And for the past 35 years, he has been producing different kinds of Jewellery. His clientele list is made up of all the BIG celebrity women in Lagos, Abeokuta, Ijebu Ode, Ibadan, Abuja and other parts of the country. He has many clients abroad.

He started Jewellery & Goldsmith artistry when he was an NCE graduate and a Classroom Teacher in a Secondary School in Abeokuta. He spent all his Primary and Secondary School yrs helping his father in his workshop. His father was a legend goldsmith. He, it was, who taught him the nitty-gritty of the job.

He told City People his story of how he finished from the College of Education in September 1985 and he was immediately employed by the Ogun State Teaching Service Commission in February 1986 and was posted to a Secondary School in Abeokuta. It was at this school that he met his Destiny. He met some female co-teachers who encouraged him to start Goldsmithing and graciously ever ready to place orders for his services. And they magnanimously introduced his products to their friends. 3 yrs later he put in a letter of resignation and became a full-time Goldsmith & Jewellery artisan, as a result of overwhelming patronage.

Due to the intricate nature of his craft, coupled with the weariness of the job and the high profile clientele and heavy patronage, he found it very difficult to go back to school. But he had the desire to be well educated. Many people tried to discourage him by saying what do you want to do in school at your age? after all he was making money.

In January 2018 despite his tight business, he graduated with a Master degree (MSC) in Business Admin, having passed all the exams by the Senate of the National Open University of Nigeria. Most of his designs are stunningly beautiful. He operates from Rafat Ajoke House, Asero, Obatoko Abeokuta.

READ ALSO: HOW TINUBU SACRIFICED HIS V.P SLOT FOR OSINBAJO IN 2015

Why Many Ladies Are Rushing To BARRY JEWELER was last modified: November 8th, 2021 by City People

How TINUBU Sacrificed His V.P Slot For OSINBAJO In 2015